It seems like just yesterday the Marine Corps had decided to let go of their squad automatic weapons in favor of something lighter and more reliable.

Their decision was to issue M27s to their troops, which is essentially a (very) heavy-duty Heckler & Kock HK416; it features a free-floating heavy barrel and a quad-rail forearm, and ditches the direct-impingement gas system for a short stroke piston system.  It also uses a rotating bolt.

The decision had its detractors, namely General James T. Conway, whose argument is that the Marines benefit greatly from having a sustained-fire support weapon.  Although it is capable of continuous fire, the M27 Infantry Automatic Rifle, or IAR, uses conventional STANAG 30-round magazines (as well as PMAGs and EMAGs).  And a lot of ’em.

The IARs issued come with 22 magazines, although the teams will be allowed to pack in fewer if they choose, because, and this is according to the Marine Corps Systems Command, “22 loaded magazines, 660 bullets, is batshit fucking insanely heavy,” and negates some of the pros of being a lighter weapon than the M249.  There are rumors that the Marines are still looking for a dependable extra-capacity magazine, probably a box magazine and not something like a Beta C-Mag which has not met reliability requirements for general issue.

The Marines will continue to be issued M240s for squad-level sustained fire, as well; the M27 is a team-level weapon.  Probably because the M240 is “totally balls wicked,” said General James Amos of the USMC. 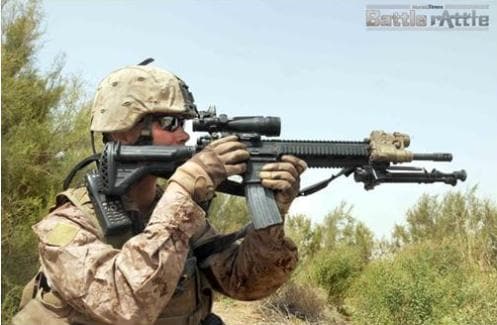 What’s impressive about all this is how quickly the IARs are getting fielded.  In literally less than a month, the program went from a final decision in Virginia to guns in the hands of Marines in Afghanistan, who are reported to say that the new rifles are “Fucking tits,” and that “These rifles are giving us wood, seriously, look!” 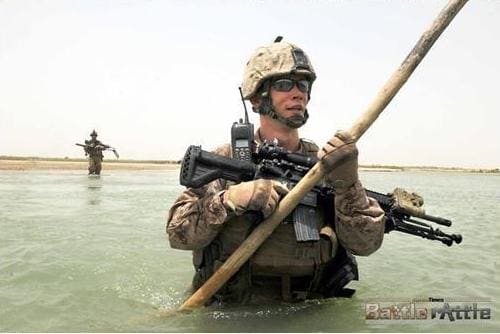 The plan is still under weigh, as currently 450 M27s are being evaluated in the real world; if these weapons perform, then the Marines will be getting another 4,050 IARs by 2013.  This is at a cost of $13M; in other words, these guns cost about $2,900 a piece, or a little less than that if you’re not counting the magazines. 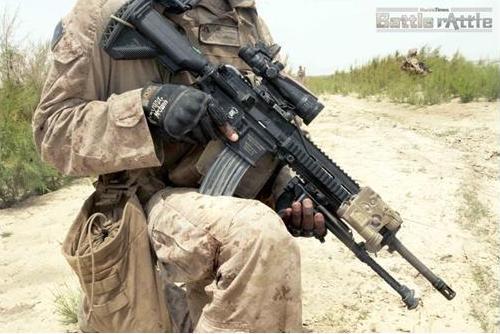 Photos thanks to the Marine Corps Times.