Many men have claimed to have killed dozens of men, but their boasts have never been born out by history. John Wesley Hardin on the other hand is the genuine article and many scholars have agreed that his total number of dead men is at least forty scalps. One of those was Benjamin Bradley.

John Wesley Hardin was a man not to be trifled with.  He practiced often with his revolver, but he also developed ways to draw and conceal his firearms, something most other gunfighters did not give as much thought to.  It was however his lack of compunction to dispatch an opponent that made him the deadliest gunman in the west. 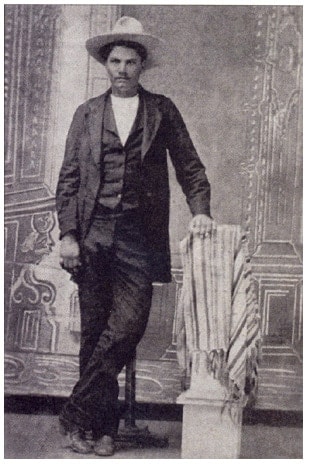 On January 5, 1870 Hardin, who was only sixteen years old, was in Towash, Texas playing cards and his luck was good, nearly winning every hand. This angered one Benjamin Bradley who threatened Hardin, some say with a pistol, others a knife. Either way, Hardin politely excused himself from the table and went outside. Bradley decided to follow Hardin into the street. 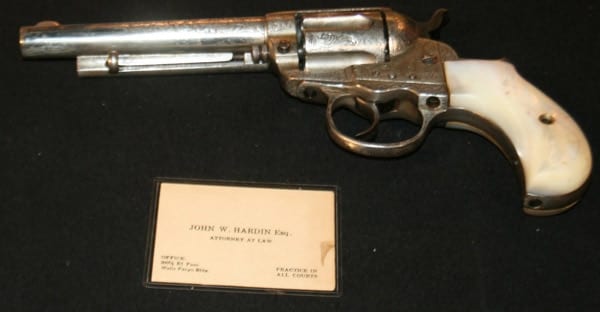 Outside Bradley made the mistake of drawing and firing on Hardin, the bullet missed. Hardin on the other hand drew a Remington revolver from a holster he had sewn into his vest. In what witnesses say was a swift motion that lasted maybe a half of a second Hardin fired two shots, and both connected. One slammed into Bradley’s chest and the other caught his head.  Bradley hit the ground, very deceased. 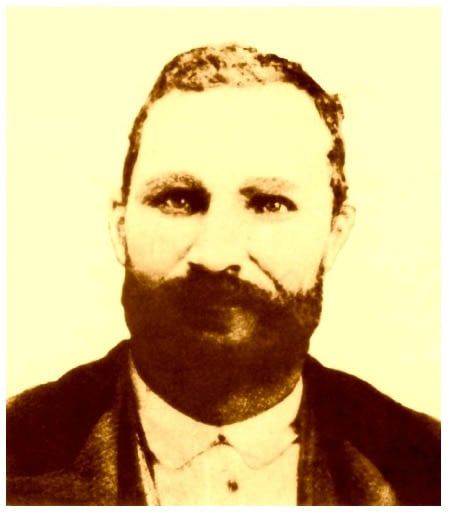 John Wesley Hardin later served sixteen years in prison in Hunstville, Alabama for murder and later became a lawyer. Hardin couldn’t stay out of trouble though, and he got into an argument with John Selman Jr. On August 19, 1895 Hardin was in the Acme Saloon playing dice when John Selman Sr., who also disliked the Texas gunman, walked in and shot Hardin in the back of the head, and then put three more bullets into Hardin’s back ending the life and career of the west’s deadliest killer. Hardin was only forty two years old. 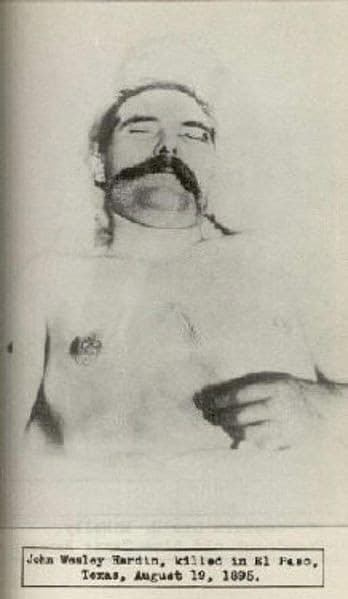 Selman had experience dealing with gunfighters, and more than a year before, got into a gunfight with an outlaw, literally. On April 5, 1894 Selman was working as the City Constable of El Paso, Texas when he encountered Texas Ranger Bass Outlaw. Outlaw had been drinking heavily and Selman followed him into Tillie Howard’s brothel. In a stupor Outlaw’s gun fell out of its holster and it went off causing a commotion to say the least. Selman and another Texas Ranger Joseph McKidrict tried to calm down the drunken Outlaw. Outlaw would have none of it and put two slugs into McKidrict, one in his head and back killing him on the spot. Outlaw then fired off a shot and missed Selman, but it was close enough to give him a nasty powder burn on his face. Selman fired a single shot hitting Outlaw just above the heart. As Outlaw fell he let loose two more shots hitting Selman in the right knee and thigh. Outlaw staggered into the street where he was taken into custody, only to die four hours later. Selman was tried and acquitted on murder charges. 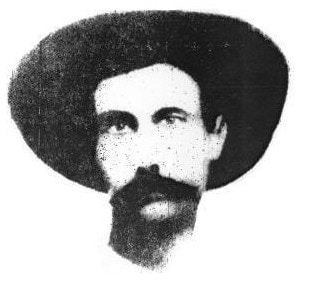 Selman himself met a violent end in 1896 when he was involved in yet another gunfight with Deputy Marshall George Scarborough where he was shot four times and died as a result. 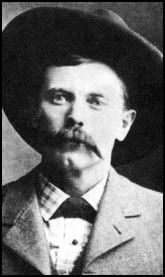