Gaddafi’s time in power is coming to an end, presumably soon.  Although Libya was not know for for its citizen’s freedoms at any time under Gaddafi’s 42-year rule, his imprisonment and murder of protesters between Feburary 10-18, 2011 have earned him (and his son, Seif al-Islam, Libya’s acting Prime Minister) arrest warrants issued by the International Criminal Court.  Guess the ICC doesn’t have access to Wikipedia… 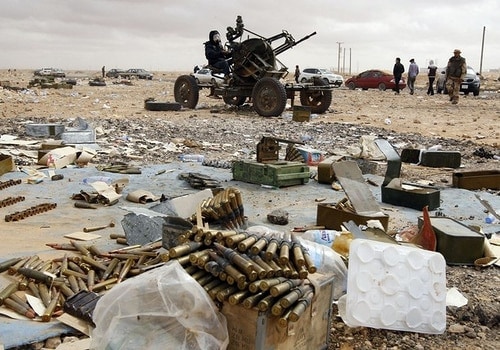 In any case, now Gaddafi has more to worry about than just rebels since NATO got involved, right?  Well, yes and no.  NATO forces may have dropped more than a few tons of turn-yourself-in-already, the majority of the work is being done by Libyans themselves.  Seriously, the only NATO casualty has been a Navy Fire Scout, a drone helicopter. 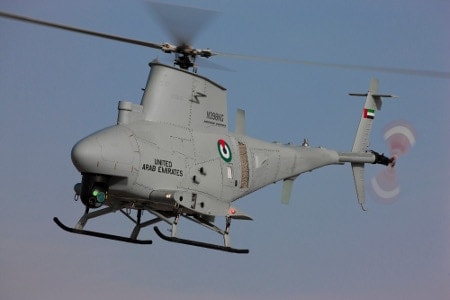 France has charged into the lead in terms of military involvement, without a doubt; they’ve got about as much deployed as the U.S.  Although historically an Italian colony, France has always had a strong relationship with Libya through its colonial presence across much of North Africa.  That and they have an army.  We’re not sure if Italy does.  They probably have weaponized Vespas.  Check it out, they totally weaponized Vespas! Nah, just kidding, Italy’s onboard and is working under the U.S.-commanded Operation Oddessy Dawn and they’re throwing down some ordnance with all eight deployed aircraft…  Anyway, France: they’re diggin’ in.  And they’re doing something no one else is: they’re arming the Libyan rebels. 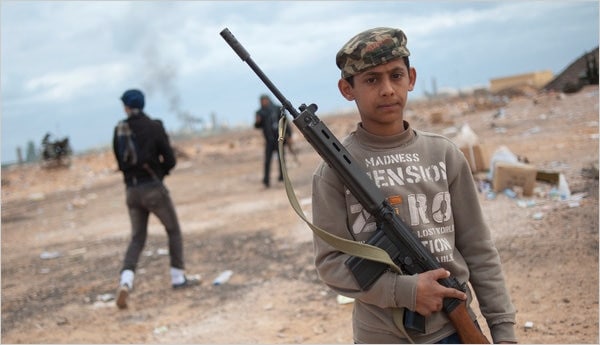 France, along with the U.K. and the U.S., has been airlifting supplies to rebels and civilians alike since the start of the uprising.  But of late, the supplies have also included small arms, anti-tank weapons, and other critical military hardware in addition to food, water, and aid.  And though many countries have been suspected of helping out the resistance movement with weapons, France is admitting to it. 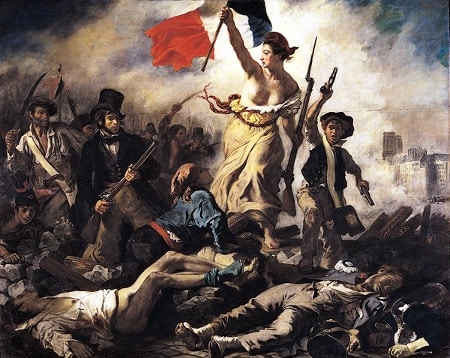 “There should be no doubt that Libyans in the Nafusa Mountain area are alive and safe today thanks to a combination of heroic Libyan bravery and French wisdom and support,” said Vice Chairman Abdul Hafeedh Ghoga of the Transitional National Council, thanking French president Nicolas Sarkozy.  Even the state-run Libyan media is calling the rebellion a product of France. 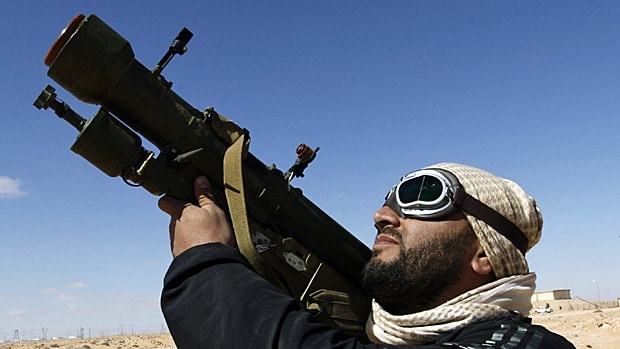 This has gotten the ire of Russia, who is not a NATO member.  Russian Foreign Minister Sergei Lavrov said in a statement, “If this is confirmed, it is a very crude violation of U.N. Security Council Resolution 1970.”  NATO disagrees. In it describes an arms embargo against the Libyan Arab Jamahiriya, in English, the Libyan government, and says they can supply arms to anyone they please if NATO approves of it by committee. 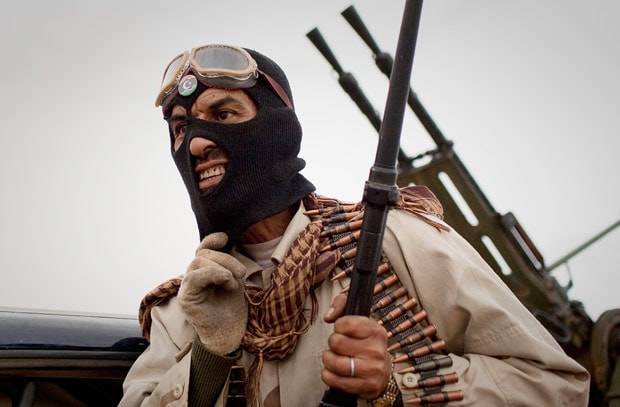 The question is why.  Why is Russia condemning actions that support the Libyan uprising?  On the one hand, it could be just to spite NATO.  NATO’s saying this was a unilateral move by France and isn’t deserving of the condemnation.  But there’s another side to this: Russia is one of the biggest arms dealers to Libya.  Under Gaddafi, the Libyan army’s entire cavalry was built by Russians.  But it could be that they are upset by the blockade which is also preventing them from supplying the Libyan rebels themselves; as we’ve mentioned before, an AK sells for $2,500 over there.

So does this imply Russian support for Gaddafi, or just Russian beef with NATO?  (And is it ironic that France is supplying Libyans with assault weapons when it’s practically impossible to own any firearm or even biggish knife within its borders?)