Fight Thirst with the Battle Mug

Not all mugs are created equal.

Beer is the world’s oldest and most popular alcoholic beverage.  Evidence of beer dates back almost 10,000 years and made the last ice age livable.  Some people believe it to be the very root of civilization, and some believe that agriculture originally came about after the desire to cultivate the ingredients to make beer.  It can not be denied: society would not be where it is if not for the existence of beer.

Of course, it might be an Atlantean paradise with flying cars that drove themselves that run on ethanol, we’ll never know, and frankly, we’ll take beer over some fantasy any day.

In Sumeria, beer was drunk communally; it was unfiltered and served in bowls.  The Sumerians also invented the straw, because of the crust that grew on top.  But it would be centuries after the invention and dissemination of beer before mug would come to be.

And though the mug might be the pinnacle of beer-delivery methods, hearty, durable, and with a handle sos you don’t drop it you drunken louse, as stated, some mugs are far, far superior than others.  Some mugs will take a bullet for you. 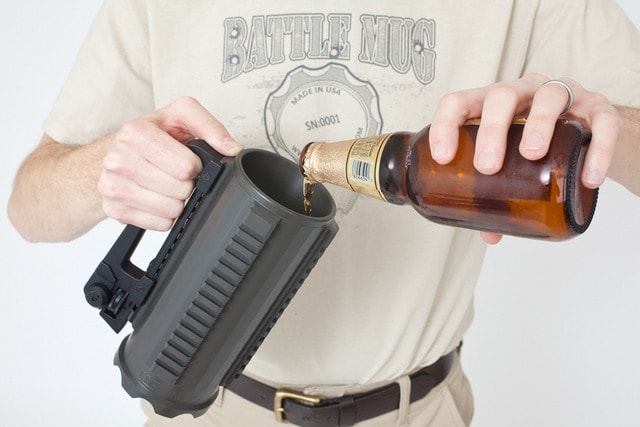 Those mugs are Battle Mugs. 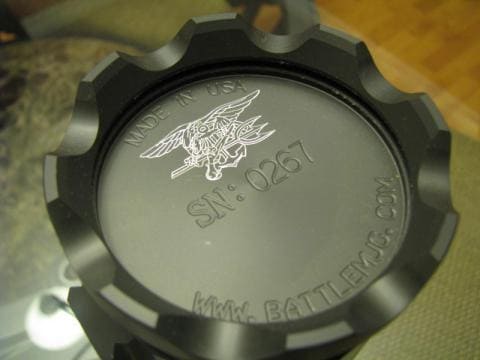 “[A] Battle Mug starts life as a 13.5 pound solid block of 6061 T6 billet aluminum before it enters a state of the art CNC facility in Huntsville, Alabama. This facility produces specialized parts and equipment for the U.S. Department of Defense, major weapons manufacturers, NASA, and a host of other companies working at the U.S. Rocket and Space Center. 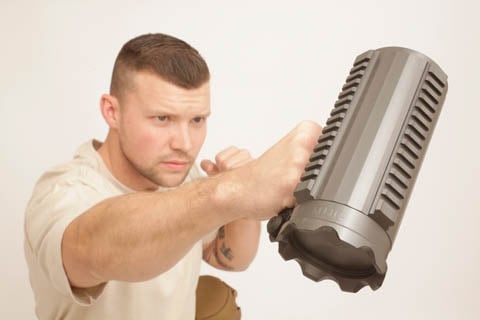 “Each individually serialized Battle Mug is built with the Operator in mind and features Mil-Spec Type III anodizing and a crenelated base.”

Only 300 exist in the world.  (Carrying handle not included.)

Got a favorite beer commercial?  Share it, and imagine how much better that beer would taste from a Battle Mug…