The Basics of Defense Ammunition (in Plain English)

It’s a pretty good bet that you’ve found yourself trying to explain ammunition choices to a newbie in the least confusing way; if not, one day you will.

The past few months I’ve been training a young lady who is new to firearms. After discussion, she decided on a new, polymer frame 9mm semi-auto pistol for home defense, and we spent several weekends going over the fundamentals of safety and operating the handgun, then got into realistic combat tactics as applied to home defense. 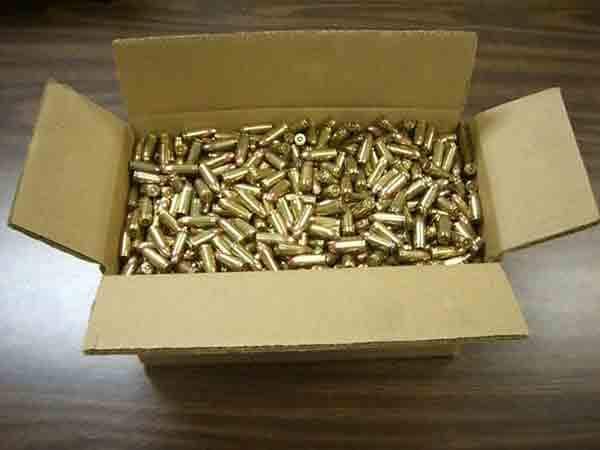 That brought us to ammunition choices; unfortunately, she suddenly accepted a new job out-of-state, and I found myself with only one one-hour opportunity to give her the basic basics on ammo.

The problem was to impart the most important information and the reasoning behind the choices (“Because I say so – trust me!” wasn’t going to cut it with her) without overwhelming her with TMI. What follows here is much of what I told her; of course, I had representative bullets and cartridges on hand as visual training aids, and I also gave her a written copy of the presentation to take with her for reference.

Perhaps you’ll find it useful when it’s your turn to do the explaining. Here’s what I told her:

The proper ammunition for your pistol has several designations; the most common are 9mm Luger and 9mm Parabellum. There are other types of 9mm ammunition, but they are not intended for your handgun. 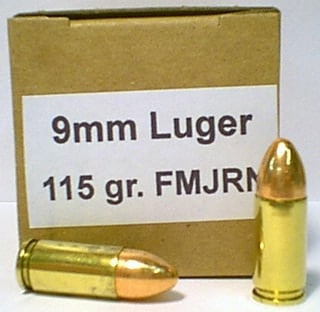 There are three basic bullet designs for you to consider:

I recommend you don’t use lead bullet ammo until you’ve gained more shooting experience and knowledge. 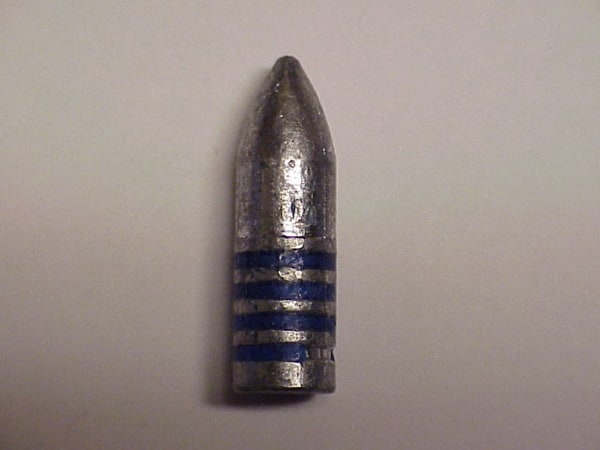 Lead bullet ammo is cheapest when sold as “remanufactured” ammo. This is ammo that is reloaded on cases that have already been fired once; the case is recycled by cleaning it and installing a new primer, fresh powder charge and a new bullet. However, remanufactured ammo is typically produced by small operations that may lack the quality control protocols of major manufacturers of new ammunition (i.e. Winchester, Remington, Federal, etc.), so you might experience problems with it, from unreliable feeding to a catastrophic failure (aka a “kaboom”) of your handgun that could injure you or bystanders. 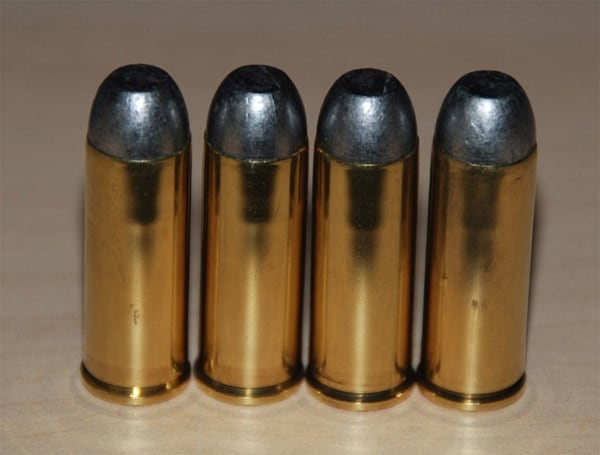 The other negative is that these unjacketed bullets may deposit lead in your barrel and chamber, causing a loss in accuracy or feeding problems.

Full metal jacket (FMJ) bullets won’t lead your barrel, and they are only slightly more costly than lead bullet loads. FMJ bullets are not your best choice for self-defense; I recommend you use FMJ loads for practice, and JHP loads for self-defense.
The typical 9mm FMJ bullet weighs 115 grains (abbreviated “gr”); on the ammo box you’ll read something like, “9mm Luger 115gr FMJ.”

Buy the least expensive brand available, but make sure it feeds well in your pistol before buying a bunch of it.
There are heavier 9mm Luger bullets you can shoot in your pistol, but be aware that physics says different weight bullets traveling at differing velocities will strike the target at different places. This becomes important when we differentiate practice from real-world defense, and that is next. Jacketed hollow points (JHP) are designed to expand when striking soft-tissue targets like bad guys, making a larger-than-9mm wound channel and increasing the likelihood of rapidly stopping the attacker. My specific recommendations: 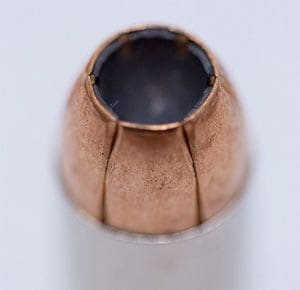 I base these recommendations on several quantitative performance factors. First is what is called the “Marshall and Sanow One-Shot-Stop” (OSS) rating, which is based on data collected from actual shootings. The ideal is that we stop an attacker with one shot; the reality is different (and is why we continue shooting until the attacker stops), but the OSS rating gives us a useful baseline for cartridge performance.

Another factor is Average Incapacitation Time (AIT); another is the ballistic pressure wave (BPW) the bullet produces in soft-tissue targets, associated with an otherwise difficult-to-quantify wounding effect called hydrostatic shock. The thought here is that the simple energy transferred from the bullet into the surrounding tissue creates a shock wave that wounds organs and tissue, contributing to incapacitation. These three cartridges among 9mm Luger score well in these areas. 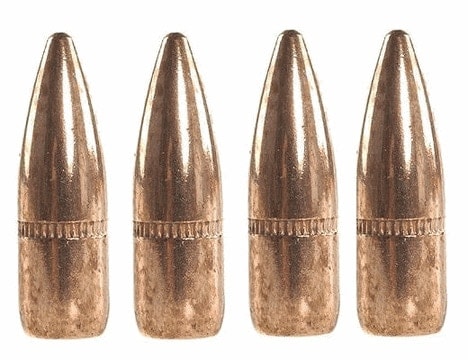 Something else to consider is bullet penetration and overpenetration. The Cor-Bon and Speer loads penetrated 13-14 inches in ballistic gelatin (a test medium that simulates soft tissue), which implies that a frontal chest shot would exit the body on even a large man. This is good because exit wounds promote faster bleed-out and incapacitation, but it’s bad in that the bullet strikes whatever is behind the target when it exits – possibly an innocent bystander, or maybe someone in the apartment next door. The Silvertip load penetrated only 8 inches, theoretically more than enough to reach the spine or cerebral cortex on a frontal shot. 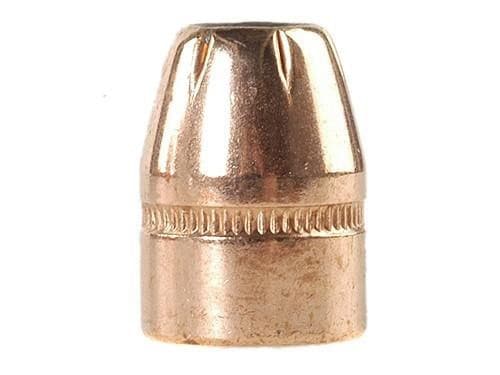 Keep in mind that no particular one of these factors is definitive for cartridge performance: there is no hands-down choice of one cartridge over the other. However, some data is better than no data, and these data are certainly better than anonymous subjective opinions posted in online gun forums.

Bottom line is, I recommend you buy a box of the Speer Gold Dot 124gr JHPs and, if they function flawlessly in your pistol, use those. Why? Because the Speers feature a heavier bullet and high velocity, which equates to more foot-pounds of energy transferred from the bullet to the bad guy, and in testing, the bullet expands reliably to twice its unfired diameter. Both these factors are important for rapid incapacitation. 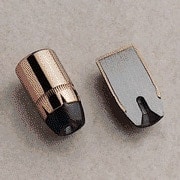 Now a word about +P and +P+ loads (pronounced “plus P” and “plus P plus”), which on the ammo box reads, “9mm Luger 124gr +P+” or something similar. +P and +P+ cartridges are deliberately loaded to a higher-than-normal pressure for increased performance, and they may not be recommended for use in your polymer frame pistol (check you owner’s manual). That said, your pistol might function OK with +P+ ammo and you may benefit from it in a defensive situation, but a regular diet of +P+ or even +P could eventually damage it. 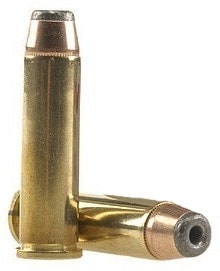 Once you’ve chosen for flawless functioning, shoot for accuracy at 20 feet. If your shots are a few inches off-center, don’t worry about it. Remember, you’re concerned about combat accuracy, not target accuracy.

If your shots are significantly off-center, your choices are to accept it, knowing that most defensive shootings happen much closer and so the shots will be offset less when up-close; change to ammo that shoots more to point-of-aim; or have a gunsmith install a fully adjustable rear sight, which you can easily set so that all ammo you shoot will hit at point-of-aim.