For this Independence Day, we remind everyone of this quote from George Washington himself:

“Firearms stand next in importance to the Constitution itself. They are the American people’s liberty teeth and keystone under independence. The church, the plow, the prairie wagon, and citizen’s firearms are indelibly related.”

You can read the quote in its entirety here. Here’s the rub: it’s made up. Washington never said that or anything like it. None of the language used matches his voice or even writing styles of the time; it’s just somewhat formal-sounding. It’s misattributed and comes to us via the Internet circa 1994. 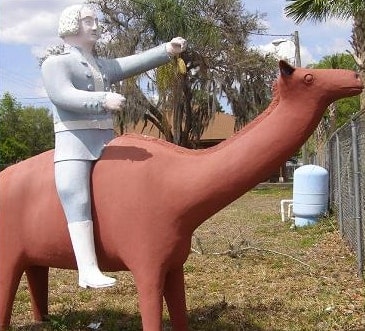 Such bullshit. Everyone knows Washington’s camel was blue.

There are many aspects of our Founding Fathers that are modern creations; not to say they were unclear in their writing or motivations, they weren’t alien minds that are incomprehensible to modern people. Rebranding them to suit current politics isn’t new; it happened the second they left office, while they were still alive they were attributed to many things they never said, and agendas not theirs. It’s just what people do.

And while some founders have been misrepresented, others have almost been forgotten entirely. 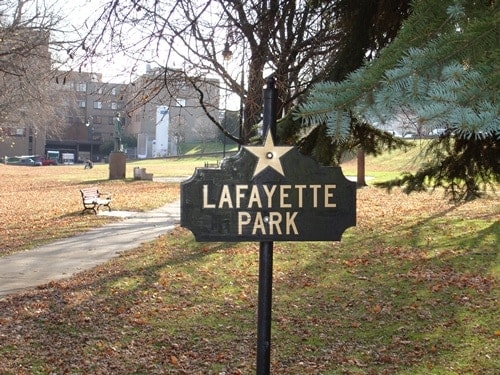 There isn’t a city in this country that doesn’t have a street named Lafayette. There are towns and cities named Lafayette or Fayetteville in 35 states. But ask someone on the street who Gilbert du Motier was, and they’ll probably shrug. Full-named Marie-Joseph Paul Yves Roch Gilbert du Motier, the Marquis of Lafayette, at first, doesn’t even fit the bill for a founding father, what with him being noticeably French. But he was, and without his help, the American Revolution would probably be called the Colonial Insurgency.

This isn’t to discount the actions and efforts of the other Founding Fathers; far from it—take any one of them away and the revolution wasn’t likely to succeed.  Lafayette’s differences from many of the other Founders is exactly what made his role so important. 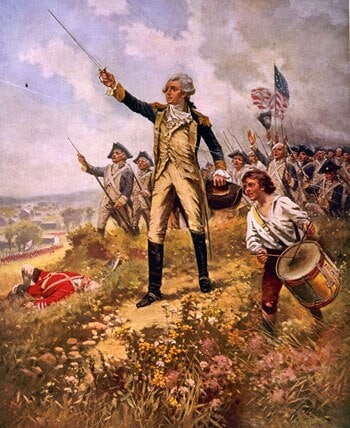 In the late 18th century, the Motier family was one of France’s most prestigious, important, and wealthy. They’re one of France’s oldest of the nobility, with strong ties to the French military, leading battles for Joan of Ark and championing the Crusades.

And at the age of 12, the whole of his family died off. His father was killed by cannon at Westphalia, followed by his mother and grandmother; when his uncle died, he inherited the whole estate. His childhood was spent learning how to lead soldiers, but at the same time, studying the state of the American colonies. A zealot for equality and democracy, he split for the Americas in 1775. He was 19. 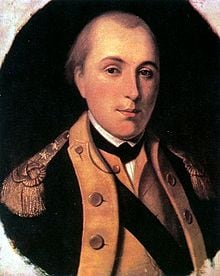 He already made a name for himself inside and outside French social circles; he was a Mason and openly disrespected the English monarchy. He was presented to the Continental Congress as an asset, but they could not afford to pay for his travel. So he booked his own trip, against the French King’s orders, aboard the sailing ship La Victoire. The British Empire discovered this and seized the ship.

So he traveled to Span, and on April 20th, 1777, smuggled himself across the Atlantic, disguised as a pregnant woman to escape capture by English spies, who were actively trying to capture him. His trip was scheduled to stop in the West Indies, another English colony; fearing arrest there, he bought the ship’s cargo and ordered the captain to sail instead to South Carolina. 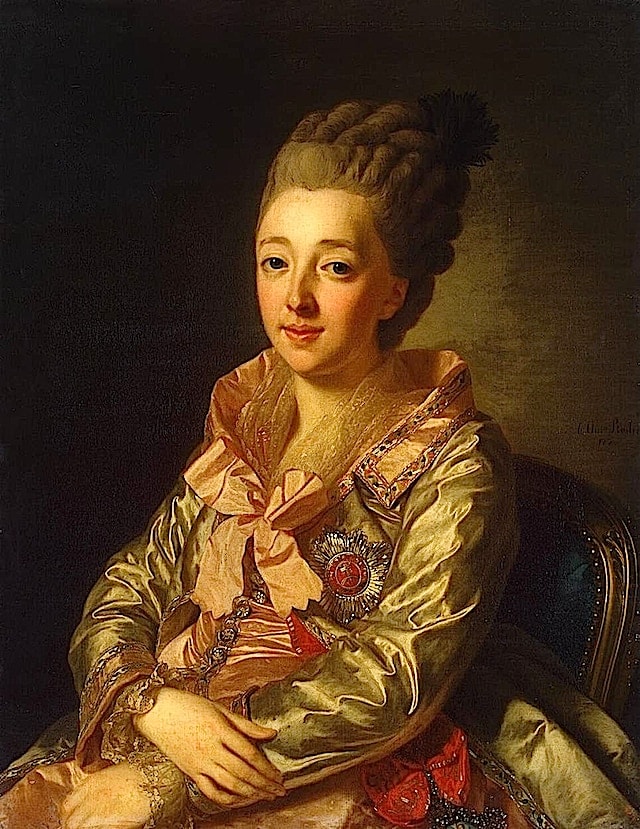 Once in the New World, Congress gave him the honorary commission of Major-General. He quickly became friends with Ben Franklin who wrote to Washington to take him in as his aid, and he did.

It wasn’t until September that Lafayette took a command. Washington ordered him to organize the retreat of trooby commanded by General Sullivan at Brandywine. Facing British troops and Hessian mercenaries, he was shot through the calf, but despite his injury he rallied the revolutionaries and returned them to friendly territory. Washington himself wrote to Congress, asking them to ignore the honorary-ness of his title and give him the command of a division.

And though he didn’t get one right away, the generals he served besides displayed an uncanny level of success not likely due to the fact that the American forces were outnumbered and under-supplied. 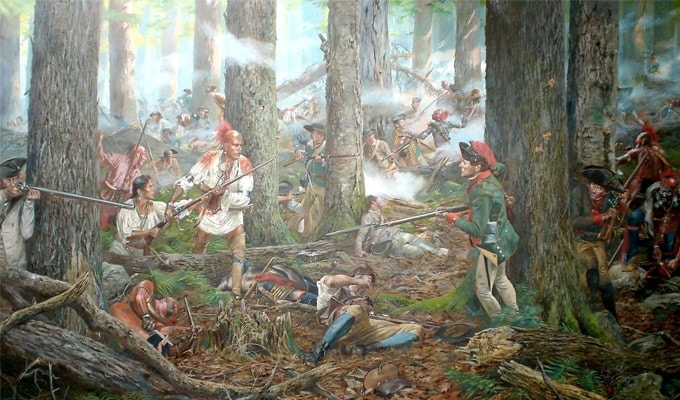 After moving north to Canada, to lead the forces from there, he found that there weren’t enough soldiers to mount any attack whatsoever against the British there. Improvising, he enlisted the Oneida tribe to the American side (and also wrote Congress about the absurdity of pushing the Canadian front in the thick of winter). His unyielding victories made many treaties between France and America, making France the first foreign nation to recognize American independence, further supplying Americans with money and naval support.

For that he earned the specific ire of the British Empire; they’d formed a task force to capture him 11,000 men strong. He was in command of 2,200 revolutionaries. He won. 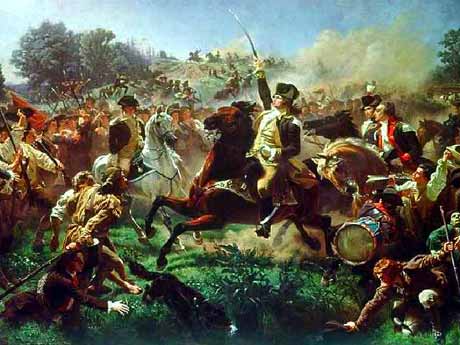 The small size of his army had its advantages. Using guerilla tactics, his men dodged the British and escaped back to New York, where he finally attacked, with the British between him and the Continental Army, at the Monmouth Courthouse. At Monmouth, he took command of General Charles Lee’s soldiers after his troops began a withdraw from the front. Back on the front with Washington, they stood their ground and repelled two British attacks, holding out until their French reinforcements arrived.

They continued to mete out victories together until 1779, when he returned to Paris. He was arrested on the spot for disobeying the King. He was house-bound for two weeks. He would go on to secure more than 10,000 French Soldiers and a small navy of 5 frigates for the American resistance. He would come back in 1781 to rejoin American forces and finish the job. He was now 23. 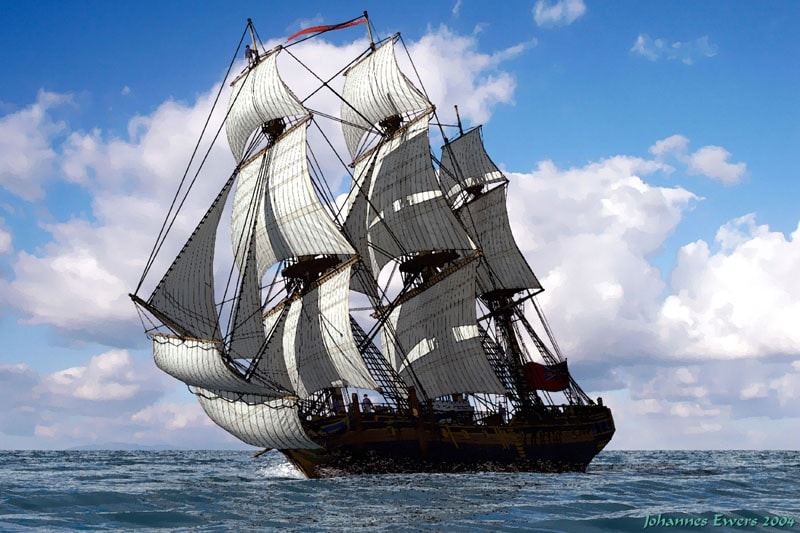 His popularity in France would never be as great as it was here. In France, his reputation as a glory-seeker, not a freedom-fighter, took hold. He became synonymous with the nobility’s willingness to waste time and money on their own interests and not the people’s. His position with the nobility was wrecked, too. To them, he was a dilettante, not interested in maintaining the status quo, more interested with populist ideals like democracy and equality. He’d spend years in prison for his actions and words. 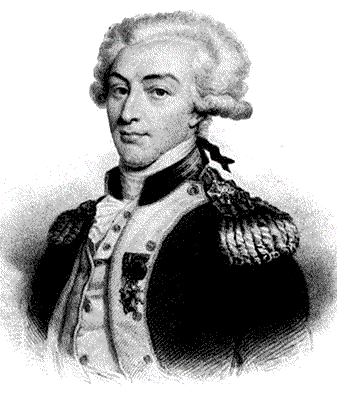