The idea of capturing video of a police or military raid isn’t new.  In fact, it’s been widely debated for some time, with many agencies arguing that the evidence they produce isn’t simply footage; it must be interpreted, and therefore may be misinterpreted.  Promoters say the opposite: video from a camera mounted to a rifle, for example, is a better used to create a mental picture of an assault than just with interviews and debriefed notes. 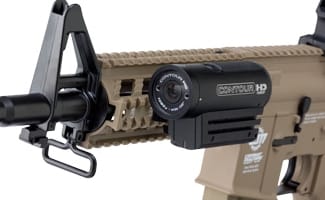 Of course, they’re quite popular with the public; who wouldn’t want the police or the military recording what they do?  Like with cameras on squad cars, agencies are changing their minds about the devices.  As it turns out, they sure do protect the LEO or soldier with the information they record. 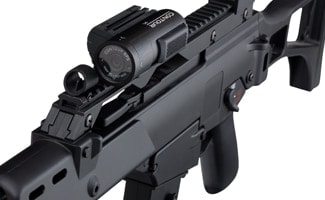 And the military’s discovering they like them for another reason: training.  Because you can’t do everything through simulation.  Video footage of raids is an excellent viewing material for soldiers and special forces to revisit and break down an assault, successful or otherwise. 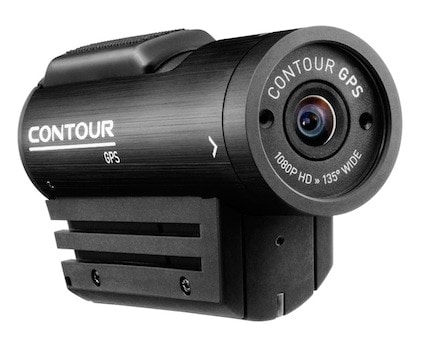 Plus they’re real handy when you’re capturing the heads of major terrorist networks, sos you can say you did it for reals and it wasn’t all staged.  Nah, those people will always be there. 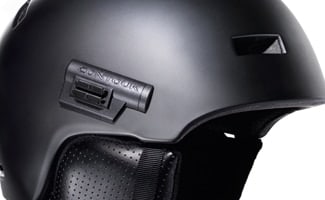 But they’re heavy and lossy; they’re smaller than, say, a digital camcorder, but they also aren’t as capable.  They trade features and video quality for weight, and like many aspects of military tech, don’t keep up with the developments of consumer electronics. 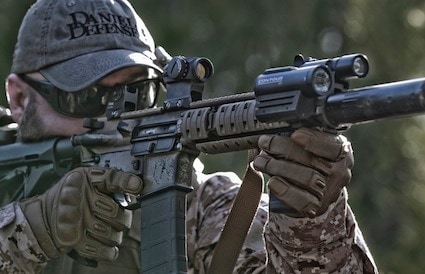 Contour, Inc. would like to change that.  By shoehorning a 60fps 1080p camera and a wide-angle lens into a hardened aluminum body, they’ve brought together the advantages of a current-generation camcorder and the durability required for a front-line military recording device.  But they’re not doing this alone.  They’ve partnered with Daniel Defense to expand on their ability to deliver directly to the agencies that need them. 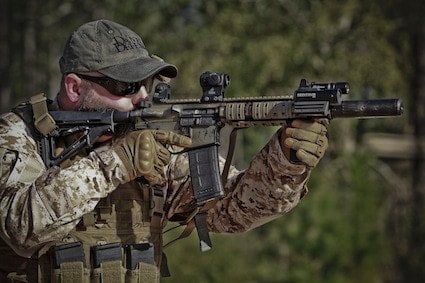 And it’s a hell of a nice endorsement; anyone can say their cameras are tough but when the vaunted Daniel Defense saying your money is where your mouth is, we’ll take their word on it. 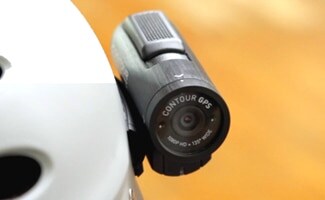 Currently, they’ve got three models, all good for mounting on helmets and Picatinny rails: their entry-level ContourHD, which has a fixed 135-degree angle lens that’s plenty suitable for the YouTube maestros working on making metal videos of their multigun performances, the ContourGPS, a more combat-centric camera with a built-in GPS, and the Contour+, a camera more attenuated to cinematic needs, with a variable 135-170-degree lens, and they start at a completely reasonable $250—good for both agencies and civvies.

So, the question remains, do you want one?  What would you do with it?