You get the point.  For any number of reasons, some people refuse to do business with certain manufacturers.  Other people may not have a beef with big companies but simply prefer to put their dollars into small companies’ pockets, given the chance.  And some people just like to buy from boutiques.

You may not have heard of AdeQ; they’re a Florida-based AR/M4 boutique that currently makes all of three different rifles.  The first is the Paladin, a fairly standard-style carbine rifle, chambered in 5.56, with a mid-length gas system.  Then there’s their Precision Long Ranger Tactical sniper rifle.  A .308 rifle outfitted with a free-floated fluted barrel and fancy Magpul sniper stocks, it’s decidedly not a plinker.

And now they’re adding another .308: the Venator, which is Latin for a specialized gladiator that was made to fight animals, and while we’re not sure naming a gun after a type of slave is the best idea, it has a V in it so it’s a cool word for naming’s sake.  The Venator is an M4-styled carbine with a quad rail and a flip-up rear Magpul sight and stock. 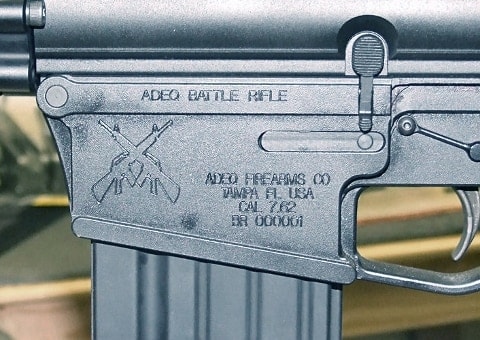 The Venator comes with something different: a custom muzzle device, the Talon.  Styled similarly to an A2 flash hider, it’s actually a compensating brake that can be used as a standoff device.  According to AdeQ, it makes the .308 feel like .223 (which we will believe when we get one for ourselves, hint hint).

All AdeQ rifles have a billeted flattop upper and lower receivers, made from the same 9-lb chunk of 7075-T651 aluminum, using DPMS plans.  AdeQ rifles come with a single PMAG and a one-year warranty and return policy.  Hopefully when they get bigger, they’ll offer lifetime warranties, which is one of most people’s reasons for going with a boutique.  But for now, you get a year, so break it in well in the time you have. 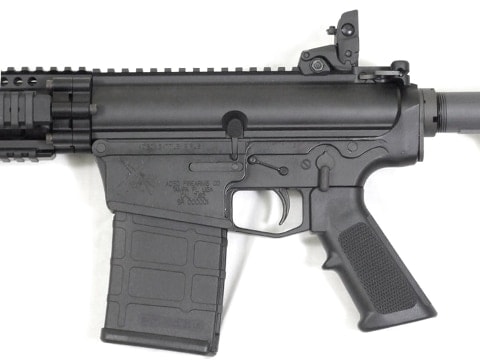 And since the rifle are all made to order, you can always ask them to make one especially for you.  Want a quad-rail?  Done.   Want a gas piston?  Done.  Their rifles start at a hair under a grand, but then again, the sky’s the limit when you start customizing… 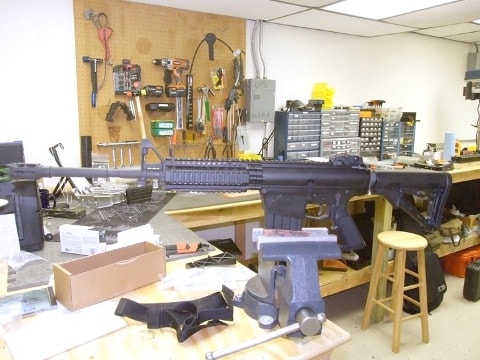 If you’re interested in the looks of these admittedly simple and sexy rifles, want to endorse a small American company, or are just a little curious about AdeQ, go check out their website for more info or hit up their Facepage.