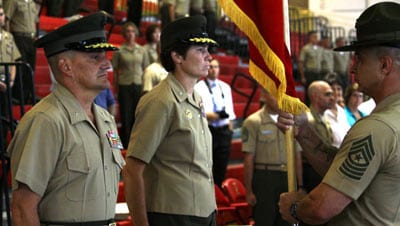 The installation, often abbreviated to MCRD PI, is located within Port Royal, South Carolina. In addition to acting as a training facility for enlisted Marines. Typically, all male recruits living east of the Mississippi River are trained at MCRD PI, while the training center welcomes female enlisted Marines from all over the U.S. And the most recent female new addition, Brig. Gen. Lori Reynolds, has certainly distinguished herself among her peers.

Said Capt. Bernadette Newman in a CNN interview, “It’s not about male or female, it’s about highly qualified officers…The Marine Corps gets it right. It’s a performance-based society, and if you look at General Reynolds’ bio, she has more than enough experience to add value to this, so it is exciting.” 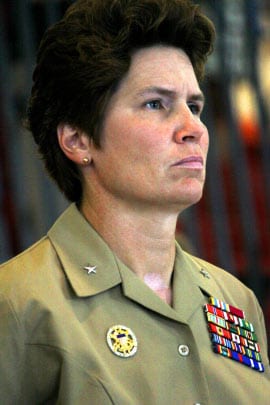 Evidently, like Newman, Reynolds does not take much stake in the gender issue, at least not if her remarks at the Parris Island ceremony are any indication. According to reports, Reynolds made no mention of her gender during the event, and declined to make any comments following the gathering.

Apparently, Reynolds will allow her track record to speak for itself. Reynolds’s previous position included a one-year deployment in Afghanistan, where she assumed a command position. Although Reynolds doesn’t seem keen on advertising falling gender barriers, her role in Afghanistan was a landmark moment, as she was the first female member of the Marine Corps to command units in a war zone. 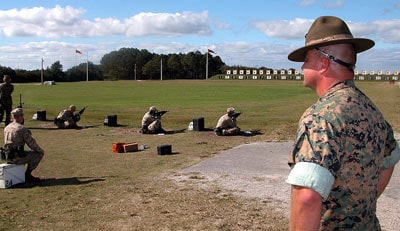 Reynolds, whose career began when she graduated the United States Naval Academy and was enlisted by the Marine Corps in 1986, will replace Brig. Gen. Frederick M. Padilla, who leaves Parris Island for an assignment at Okinawa. 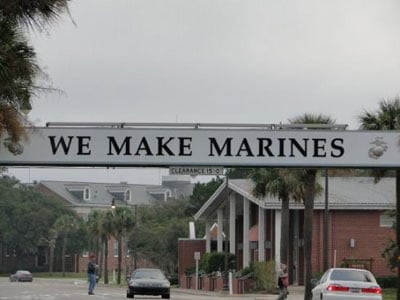 But, as her peers well know, the facility rests in good hands. Said Newman, “As her career progressed, she had different leadership opportunities to mold and mentor officers and enlisted of all ranks, and now she’s here where she has the whole gamut of officers and enlisted, and for us it’s a great opportunity…She truly knows from start to finish the Marines, and she knows every level.”