The SR-series of Ruger pistols has got to be one of their most popular ever made; it’s clean looks and abundance of features make it a contender when it comes to the polymer pistol market, especially when you add American-made to its list of features. 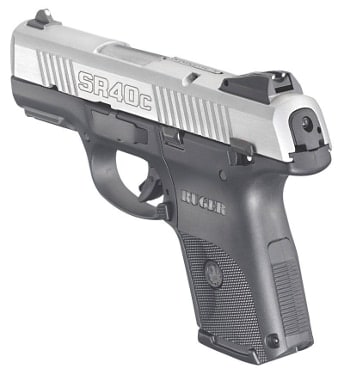 But the SR40 stumbled coming out the gate.  Unlike the SR9, which is popular not just for all the accessories in the box but for its trigger, the SR40 was made with a magazine disconnect.  Without a magazine in the gun, pulling the trigger would release the striker without removing the firing pin block.  This led to one very off-putting trigger pull. 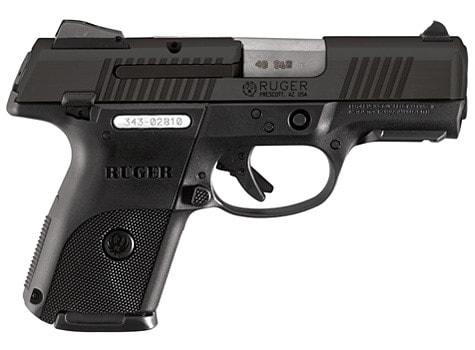 Of course, you put a magazine in there and that creepy, gritty, ugliness just disappears.  This is something well-known to SR40 owners but not to all people who handle one at gun shop without a mag, giving the .40 S&W gun a slightly tarnished reputation. Not to say this has gotten in the way of sales.  Ruger’s SR pistols are comfortable when you’re not shooting and super-comfortable when you are.  They are all very soft-recoiling firearms, with slender, checkered grips that can be sized to fit any mitts with the included interchangeable backstraps. 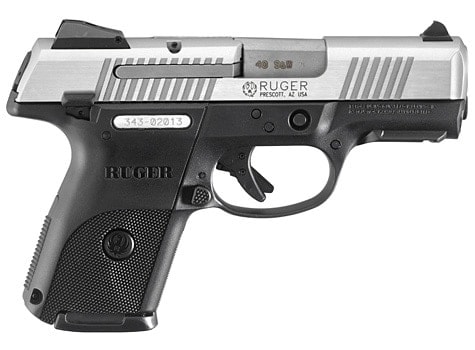 The SR40c, a compact version of the SR40, was released a few days ago and is deserving of fanfare.  Like the SR9c, the .40 caliber compact comes with a Picatinny rail, an ambidextrous magazine release, an ambidextrous safety, a trigger safety, forward cocking serrations, fully-adjustable 3-dot sights, loaded chamber and striker status indicators, and two magazines, one 9-round, with a flat baseplate and an extended baseplate with a finger rest, and a full-size 14-round magazine with a sleeve extension to match the grip.  Oh, and box and a manual. 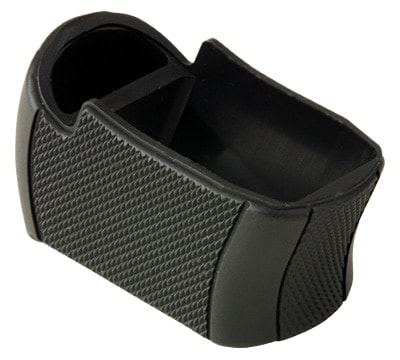 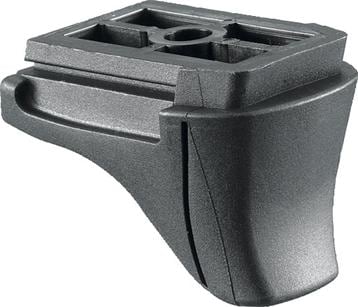 Since this is the fourth gun in the SR series, you won’t have any trouble finding aftermarket support for it, either.  This is definitely one gun we’re going to have to check out next time we go to the range; so many people say it’s like shooting 9mm +P it’s about time we find out the truth for ourselves.

Right now prices are a little on the high side due to new product-itis, but they’re still well under the MSRP of $525; you can find the SR40c, in matte black or in stainless finish, for under four bills.  If you’re looking for a new carry piece or a compact to match your full-size SR40, four hundred bucks is a steal.