‘Mustangs’ are enlisted men who have risen through the ranks to become Commissioned Officers. They are a singular breed.

The Armed Services have the facility to recognize and develop servicemen who exhibit innate talent and leadership, as sometimes through either lack of privilege or life’s adverse circumstances these skills go unrealized. Not so in the Military. They become readily apparent and those non-coms who measure up are potential Mustangs. 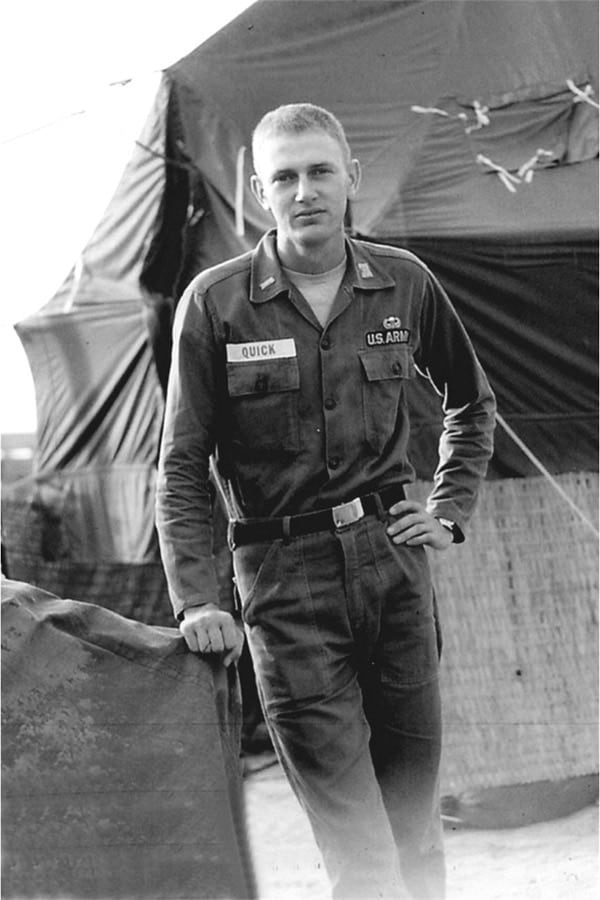 Throughout the Vietnam War, 1st and 2nd Lieutenants were sparse with overworked Sergeants bearing much of the combat load.  If a promising Warrant Officer was noticed they were appraised, selected and offered a full Commission to help bolster the Officer ranks.

These new Lieutenants were usually under 30 and sometimes as young as 25 but fully experienced when they assumed command.  To attain Warrant Officer Rank was an achievement but to rise to a Commissioned Officer as a Mustang, you were acknowledged as distinguished among your peers. 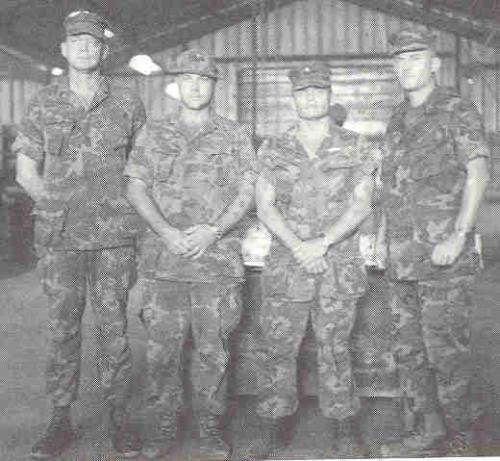 The name is from the Mustang, a wild horse that still roams free in parts of North America and in no way resembles a thoroughbred. They can be tamed and eventually ridden but as a feral creature its DNA contains heightened survival molecules when coupled with the horse’s exceptional intelligence renders the Mustang more capable than any thoroughbred. They are robust and can take care of themselves even with rough treatment. 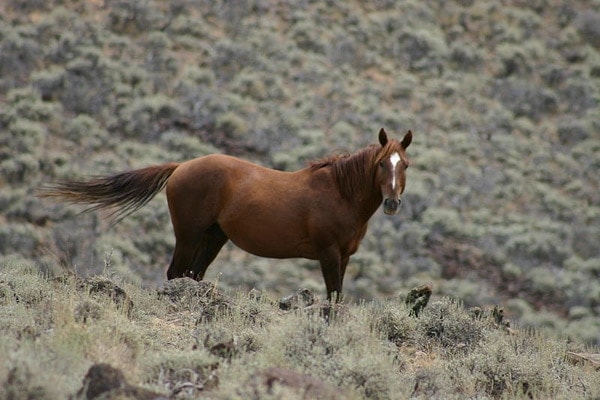 This perfectly described a ‘Mustang’ Marine 1st Lieutenant in Vietnam in 1969 and though at the time nobody really knew why, everyone in my company referred to our Officer reverentially as ‘the Mustanger’ and not the Lieutenant.

We were in an air access only area north of Hill 881 between the Rockpile around Route 9 on a hilltop base with a full company. The orders from the Company Commander: “establish a second base on the opposing hilltop to develop a more effective fire zone.”  Then run permanent patrols. 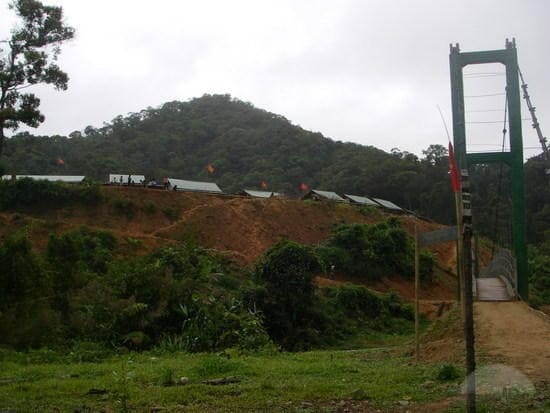 Two platoons would secure base #2 about 2500 meters opposite, in essence owning the highest ground from two vantage points. This would provide a visual perimeter of 300° for each base and a clear view of the Ho Chi Min Trail.

The Trail was a complete misnomer as it was more of a well maintained dirt highway that conveyed VC, munitions and supplies with efficiency. The dual bases provided the elevation to provide patrols quick fire support from artillery and gain control of the area.

The artillery guns would eventually be lifted over, usually by CH-47 Chinook helicopters and deposited in the LZ of base #2. 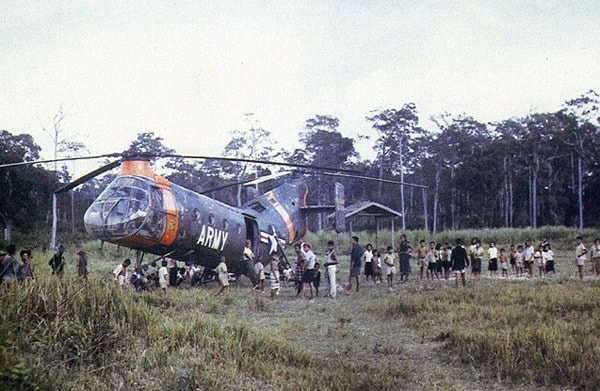 The two platoons were to hump all other equipment and supplies through the intervening jungle and up to the opposing vantage point, 2500 meters away, and by the way do it before nightfall.

It was monsoon season (wasn’t it always) as we forded a swollen stream, waist deep, working against a strong current along a knotted safety rope. The stream crossing inevitably bunched up the squads, which leaves everyone vulnerable. 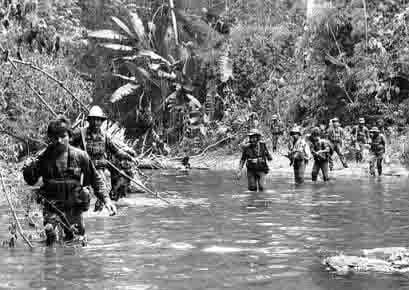 A quick assessment of the bottleneck by the Mustang 1st Lieutenant “whoever is humping claymores, get the fuck up the hill now, you are first”. That was us. Grunts responded quickly when he gave orders because he knew what he was doing and he kept his Marines alive. 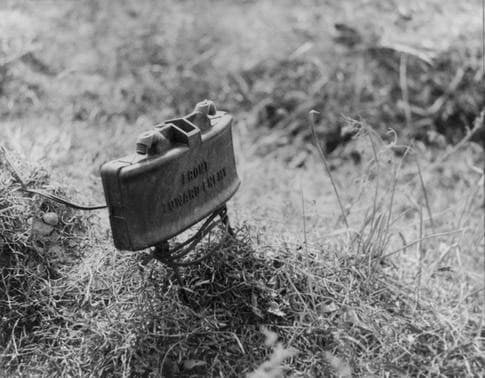 The enemy was active in the area and our first priority on base #2 was to position claymores beyond the boundaries of the perimeter so we were “moving it uphill fast”.

If you got chewed out by this guy he spewed innovative profanity superior to that of any Drill Sergeant.  He also had to uncanny ability to recognize bullshit instantly. 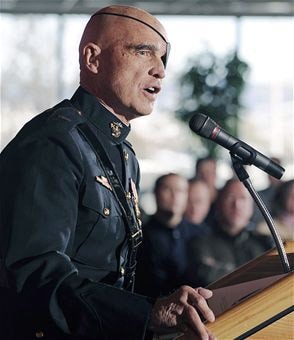 The Mustang 1st Lieutenant was setting the pace when he glanced back and spotted gaps in the lines due to fording the stream. He assessed for ten seconds and quickly dropped his pack and started striding back downhill, he signalled to two fire teams saying quietly “something’s not right. Leave your packs and maintain complete silence and maybe we will find something to shoot.” Then, just above audible, “Let’s move.” The Mustanger had bush prescience. 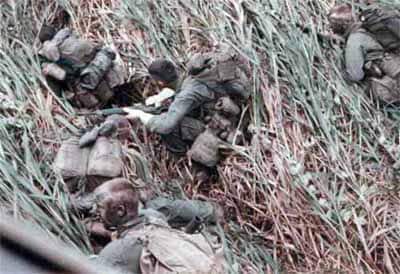 We retraced the route we had just navigated, bent at the waist, lowering our boots into rain filled prints to muffle any sound.

Sixty-five meters downhill from our packs, a Viet Cong ambush team with their backs to us had set up across the trail and were aimed down the path. They had hidden in the grass beside the trail, waiting for just such a gap. Once our first group hiked past they slid in behind us.

There were five enemies dressed as peasants with war weary M1 carbines plus a two man machine gun crew in improvised camo. With one glance over the grass cover, our Mustanger comprehended the situation. 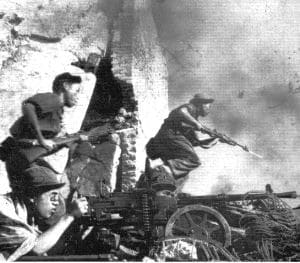 We waited silently in the mud, motionless watching the Lieutenant, his head cocked until he heard the second platoon slogging noisily up the same path towards the ambush. He wanted to be sure that the enemy’s full focus was on their primary target. He relayed their manpower by hand signals and we stood as one.

The VC strategy was clever; quickly mow down the unsuspecting grunts coming up from the stream. When the squad that had just passed uphill, predictably rushed back down to the sound of gunfire, train the machine gun and rifles up the trail, knowing our numbers.  Then fade away.

Well, thanks to one brilliant young officer, handpicked because of his talent, intuitiveness and dedication, and a group of brave young men who hung on his every word, not today, Charles. 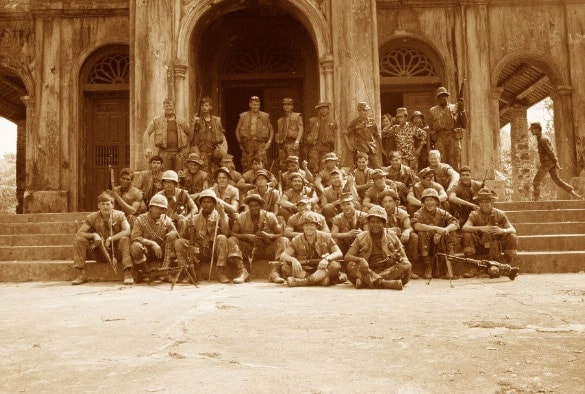