Mossberg and the IHEA Team Up to Make Training Shotguns

The IHEA celebrated it’s 60th anniversary as one of the country’s oldest and most successful hunting organizations with a limited-edition Henry Golden Boy lever-action .22.  Sixty years of teaching people how not to shoot each other whilst simultaneously shooting at other things. 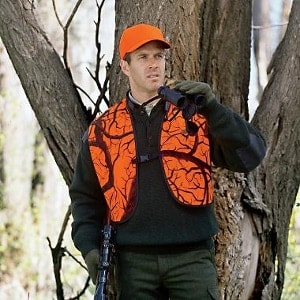 They teach all types of shooting safety, whether you prefer shotguns, rifles, plinkers, or even bolts and arrows.  The fact that orange is the color of hunting safety is because of the IHEA.

And together with Mossberg, they’re making an entire line of orange-stocked firearms for people to train with.  Or rather, they’re nonfirearms; they don’t function.  They look and feel and handle like real weapons, but put all the ammo you want in their magazines, pulling the trigger just makes a clicky noise, no bang.

All of these trainers are made with real gun steel and finished blue, with synthetic stocks, lever-action rifle notwithstanding (it gets wood furniture—albeit bright orange wood furniture) so with the only exceptions being the color and bang, they’re identical to the real deal.

You can get the whole set for thirteen hundred bucks or the set in a rolling travel box for $1,500.  That’s… That’s real gun pricing, almost.

OK, we get it, we understand the argument of having guns that are good for training and that can’t hurt anyone unless you club them with them, but you can do all that with real guns sans bullets.  There is always the risk of things turning all Brandon Lee but honestly, if you’re training with guns you know can’t hurt people, aren’t you just going to train in mistakes along the way? 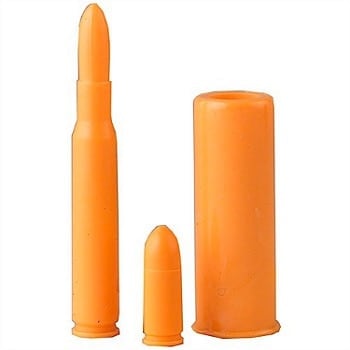 A gun is always loaded, even when you can see that it’s not.  These don’t follow that rule.  But what do you think?  Since an unloaded firearm is as dangerous as these fakes, is pretending they’re dangerous somehow different than pretending bright orange fraud is?  Is training with fake guns a good idea, a bad idea, or no different than practicing with the real thing and snap caps?