No no no no.  Whatever you were doing, you’re not any more.  You’re watching this video:

That was a single 170gr hollowpoint that expanded to 1-3/8″.  Didn’t believe what you just saw?  Here’s another:

That’s not reliable expansion, that’s the most jaw-droppingly secure method of growing ninja stars inside your worst enemies ever invented.  If these work as well as it looks like they work then laser guns might have to take a break because we’ve got a solid-copper alternative that’s here to stay. 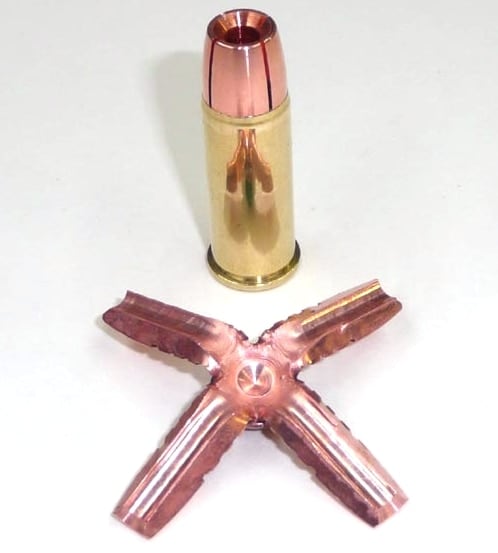 And the Grizzly Cartridge Company’s no bullshit fly-by-night bullet manufacturer, either, they’re up there with Buffalo Bore in terms of small operators with blockbuster products; we really don’t think this is a Magic Bullet solution to a problem that never existed.  This looks for real. 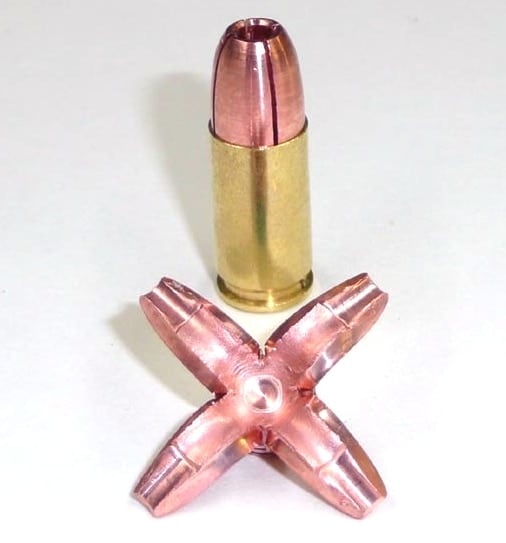 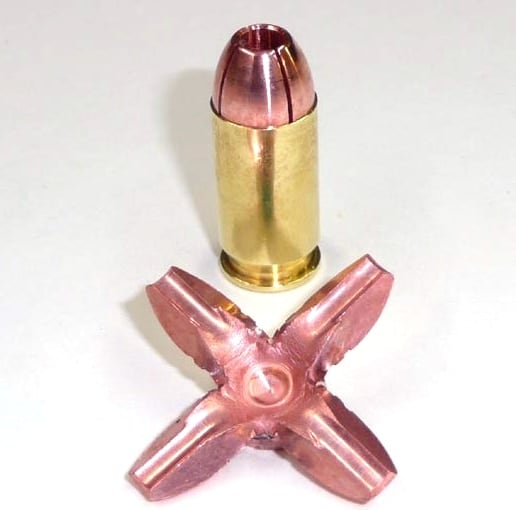 They say you can’t put a price on the lives of your loved ones; you can’t but it’s probably cheaper and more effective to operate a shotgun than a nine that can hold $50 in a single magazine when loaded with Grizzly’s Xtreme ammunition.  That being said, we want.  Lots.  These little bastards look glorious, and we cannot wait to try them out for ourselves. 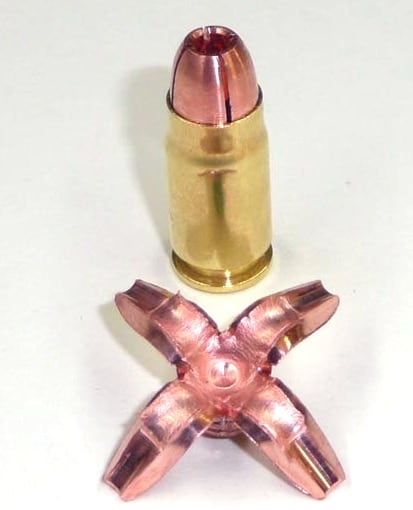 For two bucks a bullet, is it worth it to you to try this sort of ammo out?  Do you think it’s a novelty that sacrifices lead for looks, or do you think this shows promise as a way to punch really, very nasty holes in things?