Ah, the Banana Gun.  For centuries, thought to be the first shots fired by the terrible monkey pirates of Bermuda, new evidence has been found that they have long been the sidearm of vigilant gorillas everywhere. 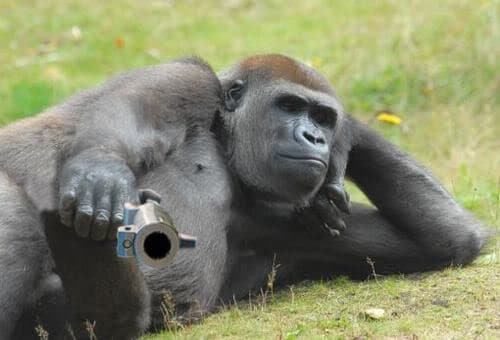 The striking level of internal agency, of the self-awareness about great apes, has been a staple of discourse among sociologists, biologists, and even new-school economists.  But the connection between gorillas (and other apes) and firearms enthusiasm has been almost entirely passed over. 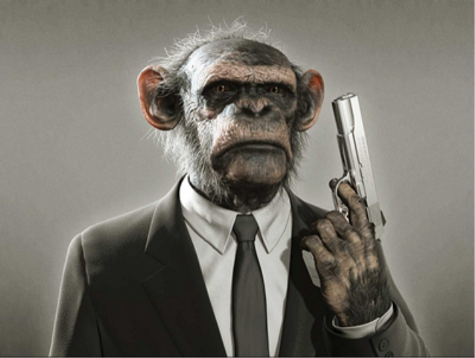 Whether it’s a matter of our collective desire to perceive these animals as playful and peaceful, or a willful belief that only humans have the capacity to arm themselves for protection and war, we have for too long imagined apes as mere wild animals.  They can and will use more than just barrels as tools. 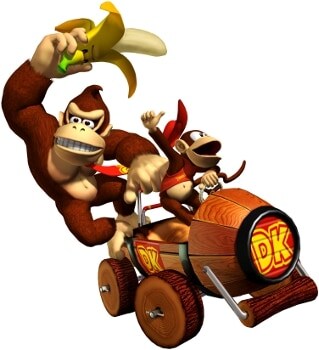 The Planet of the Apes franchise has, for decades, tried to shed light on the mechanical inclinations of these animals, but also comes across very anti-ape; because of the series’ bias, people, as a whole, have not accepted the willingness and need for apes to arm themselves.  Of course, not all media portrays apes the same way.

Gorillas, like people, have the same right to remain whole as all other animals, humans included.  But our treatment of them as second-class citizens has left them unarmed and unable to protect themselves.  This, and our perception of other great apes, needs to change. 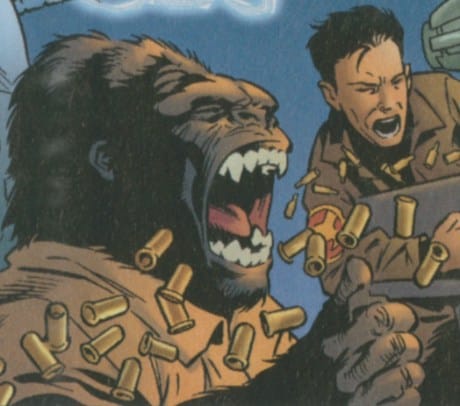 We need only to look at the situation in Strongsville, Ohio.  “‘I noticed a kid in the bushes. Then he just emerged, dressed up as a banana, and sprinted as fast as he could at our gorilla,’ said Brandon Parham, the manager of the Strongsville Wireless Center where a gorilla was brutalized by a six-foot banana. ‘The kid just speared our gorilla.’

“‘The kid was in mid-air, flying. He just looked like a Spartan from that movie 300, except he was a banana,’ added Parham.  Police say the person dressed up as a banana split and headed south on Pearl Road.”

This is happening because we let it.  We let our fears and prejudices rule when it comes to other great apes, and we deny them rights in the process.  It’s time to give gorillas their banana guns back. 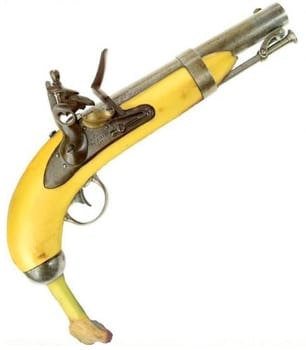