Bill Maher, Bull's Eye Mercantile and How Guns.com fits in

The word “community” resonates with gun owners. Always has, always will and when you get down to it, it’s all there really is anyway. So when we see one of our community doing something unique, successfully and in the vein of what they love to boot, well, let’s just say our cold, stony reptilian heart starts to bleeding (well, just a little).

If you’re a regular Guns.com reader you’ve more than likely noticed Guns.com regular Edward “Skip” Bleistein. If you’re not familiar, you can catch him on the site or on our Facebook page, usually keeping us posted on where and what he’s been shooting lately, asking or answering questions about guns and just generally jumping head first into the site in both execution and spirit the way us wordsmiths at Guns.com always hoped our readers would. What you may not know is how Skip and Guns.com’s paths first crossed. 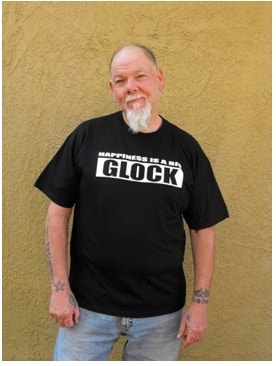 We first met Skip way back in the day when Guns.com was still in Pampers after we did a story about Bill Maher using one of Skip’s Facebook pictures on Real Time to prove some point he never really got to. After what was a relatively engaging if not generic discussion on gun politics, the show just threw its hands up when Maher projected a bunch of facebook photos he’d poached from Glock’s fan page up on the big board. The segment ended with him making lame attempts at mocking them.

Looking at it strictly from a craft perspective, it could have been funny if the jokes had been there, but there weren’t any aside from “look at this one.” It reminded us of something some small-minded teenage boy would do because he thinks it will impress the girl he has a crush on in chemistry.

Guns.com wanted to know, who these people were, so we got in contact with four of the folks who got the presidential treatment on Real Time. All of them happily responded and guess what? Not one of them turned out to be some ignorant rube with a .45 in one hand and a mayonnaise sandwiches in the other or some dude straight out of central casting for paranoid, rattled-eyed crazy. They were law enforcement officers, students and family folk. One lived in Turkey for Pete’s sake. A few said they watched Real Time regularly. These were as normal of people as you could get and it wasn’t very difficult to represent them accurately. 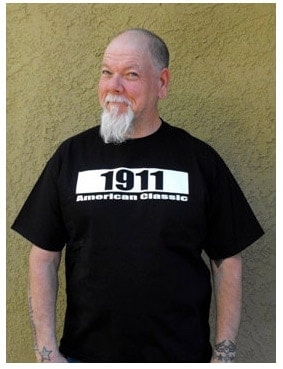 But don’t get your panties in a bunch over Bill Maher because, in reality (or real time if you will), he did a lot of good for both Guns.com and Mr. Skip Bleistein. First off, he introduced Guns.com and Skip (and that’s cool). Second of all, he gave Skip the idea to start a really cool new business with his better and more artistic half—his wife Mia.

Skip began shooting .22 bolt action single shots in his family’s rowhouse basement in Trenton, New Jersey at the age of six (good luck trying that today). At 17 he joined the Marines. By 20 he was back East, looking to make an honest way in an indifferent world, his love of shooting put on ice by life’s many distractions and of course “the man.” 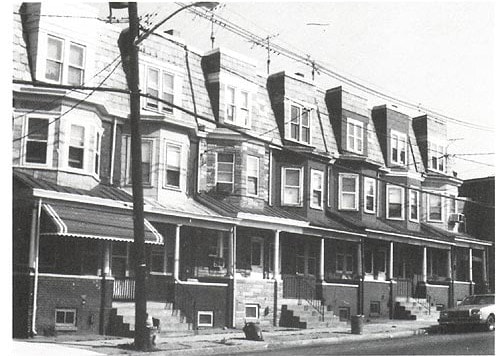 After many years as a truck driver Skip packed up the wagon and headed to New Mexico, where sprawling mesas and permissive attitudes offered him a shortcut back to shooting enlightenment, re-igniting his passion for the sport. And out on disability, Skip found himself with a lot of time on his hands to shoot. He and his wife Mia also found themselves trying to make a living on Social Security while supporting their seven-year old daughter, Leila. 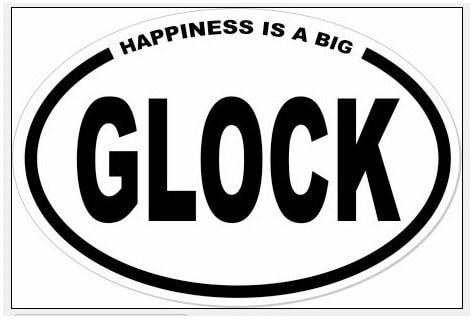 About a year ago, Skip Bleistein shelled out around five Benjamins and got himself a plastic fantastic, Glock 19. To celebrate the occasion, Mia, ironed out a cheeky “Happiness is a Big Glock” shirt to go along with it (sort of like open carrying but without the inevitable police stop).

Every time he wore it, at least one person would ask where he got it. When Glock put a call out on their Facebook Page for friends of the site to post pictures of themselves with their favorite Glock, Skip posted a picture of himself with his Glock, wearing the t-shirt. Next thing they knew, Guns.com sent Skip an email informing him that Bill Maher was featuring Skip’s photo on Real Time and, as a result of the show and our spotlight on Guns.com, requests flooded in from across the country from folks asking where they could get their polymer-loving hands on one. 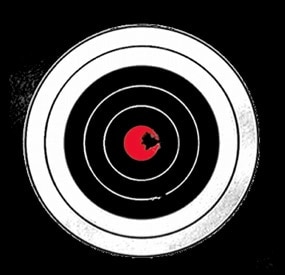 And with that burning bush moment Bull’s Eye Mercantile was born. Today, the Albuquerque based outfit is making so much more than just Glock Tees. Since setting up online and frequenting just about every gun show in the area, they have expanded into jewelry and accessories made from spent casings, including earrings, cufflinks, leather hatbands, and necklaces. 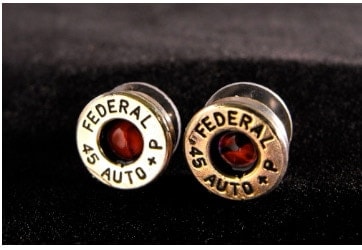 We’ve also heard from Mia that business is booming and the list of items keeps growing. 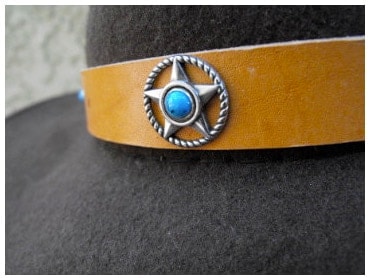 Skip told Guns.com about his new venture, “Making jewelry, hat bands and accessories with my wife is something I can do to help make a little income and keep me immersed in my interest and the gun community. I really enjoy the camaraderie at the gun shows, and this enables me to go to all the local ones!” 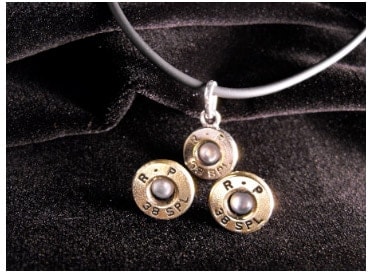 So let’s recap here. Bill Maher makes fun of t-shirt. Guns.com likes t-shirt. Skip Bleistein gets a brand new business that gets he and his beautiful family back in the shooting action.

Check out Bull’s Eye Mercantile’s Etsy website here and you can check out their official website here. A little birdie us that Guns.com members get a special discount so make sure you tell them you’re part of the Guns.com community before you buy anything. 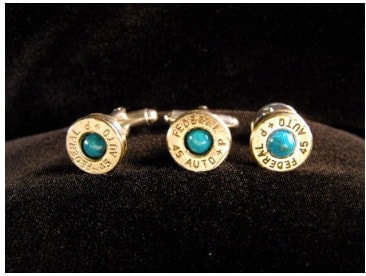