The usually tranquil streets of Grand Rapids, Michigan recently became the scene of a deadly shooting spree in which a convicted felon reportedly entered several homes, fatally shot seven residents, and then led police on a high speed chase. 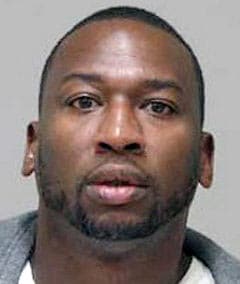 According to police reports, Roderick Shonte Dantzler began the day by carrying out a shooting rampage at two area homes, killing a 10-year-old child, five women and a man.    Without elaborating, authorities said Dantzler had a personal connection with the homes. As it turned out, among the dead were two of Dantzler’s ex-girlfriends as well as his own daughter.

In the wake of the shootings, Dantzler led police on a high speed chase through the city. Dantzler eventually fled his SUV and exchanged several shots with authorities before finally taking refuge in what appeared to be a random home.

According to Grand Rapids Police Chief Kevin Belk, Dantzler then took several hostages, eventually releasing one of them – a 53-year-old woman – in exchange for cigarettes and a sports drink. Belk stated that police were in the home attempting to talk Dantzler down when the suspect abruptly (and fatally) turned the gun on himself. 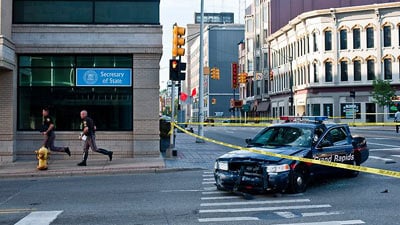 Said Belk, “It does not make sense…I don’t think you can make sense out of something like this.”

Belk noted that Dantzler also shot two other individuals during the melee – a woman who was likely caught in crossfire, and another individual who Dantzler struck with his car. Neither sustained life-threatening injuries.

Dantzler had twice served prison sentences for varying degrees of assault. According to reports, Dantzler pleaded guilty in 2000 for assault with bodily harm less than murder and received a three to 10-year prison sentence. Again in 2010, Dantzler reportedly pleaded guilty to assault and battery, serving a sentence of about one year. 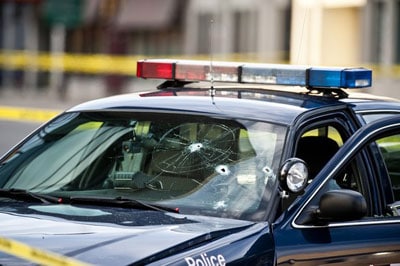 Residents were shocked in the aftermath, which left a bullet-riddled police car in the middle of a city street. Said one woman who asked not to be named, “This is just insane…We were in the house and police went down our street running with guns.”