Oops. Um, Anyone Got a First-aid Kit Handy?: Trauma Kits and Your Range Bag

It’s a good thing I’m not squeamish about blood. I’ve seen a lot of it. Most of it my own.

See, in spite of having been a pretty accomplished martial artist when I was younger, I’m what you might call coordination-challenged. Easily distracted. Overly optimistic about my physical abilities.

In other words, I’m a klutz. 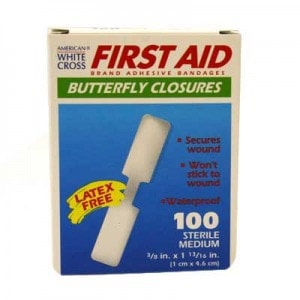 No, not when I’m paying attention to what I’m doing – in fact, in spite of 20 years of working with scalpels and big scary cutting machines professionally, I can comfortably say that I have only hurt myself while doing conservation work three or four times, and those were all very minor injuries. 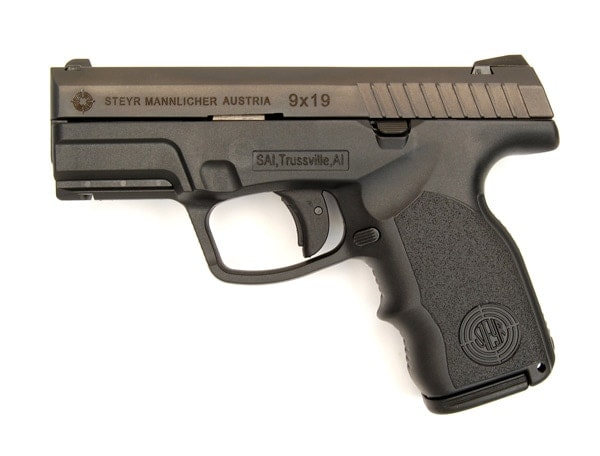 It’s like this: a couple years back I was shooting on private property with a buddy. Had one of my Steyrs out, an older S9. All was going fine and dandy until I had some kind of minor problem with a stuck casing, and the slide wouldn’t cycle.

No biggie, right? Pop out the magazine, set it aside. Then being careful to keep the gun pointed downrange, and all my fingers away from the trigger, I tried to cycle the slide manually. Except it was stuck. So I applied a little extra force. Suddenly the stuck case broke free, the slide popped back, and with the extra force, my hand on the slide slipped. And my thumb slipped nicely into the rear sight. 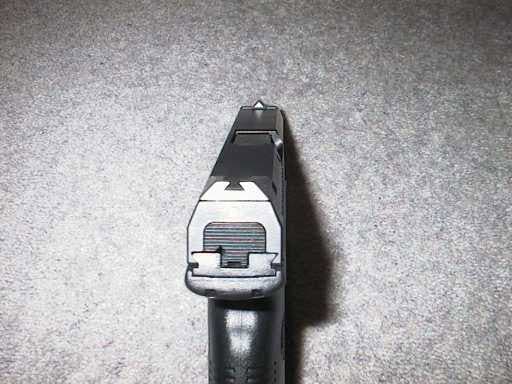 Take a look at the rear sight of a Steyr S9. It’s a trapezoid. The front sight is a triangle. You line up the triangle with the open part of the trapezoid, and you get a great sight picture. I really like these sights, and find them intuitive and very easy to use for quick target acquisition.

Well, most of the time I like the sights. At that particular moment I had other thoughts about them. Because what happened was that my thumb, moving fast and with a fair amount of momentum, went into that rear sight like it was some kind of trapezoidal slicing tool. A very effective trapezoidal slicing tool. I ripped the crap out of my thumb for about half its length. 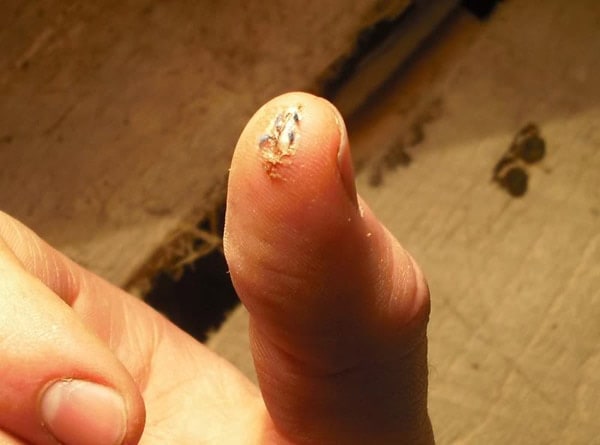 Ah, well. Not a major injury, though it was bleeding in a pretty impressive fashion. I wrapped my fingers around the thumb, set the pistol down, and turned to go get the first aid kit out of my car . . . and then realized that my buddy had driven us to the range. I looked at my buddy. “Um, could you get your first aid kit out?” 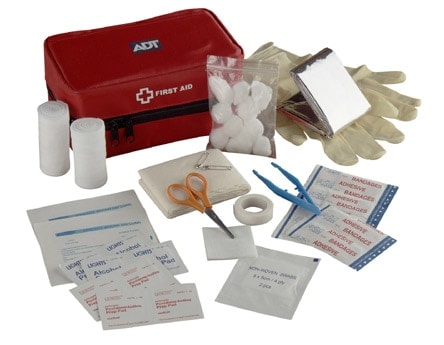 I sighed. “No. Because of course I always have my car when I go shooting, right?”

I got into my range bag. Fortunately, I did have some cleaning rags which weren’t too nasty in there, as well as some duct tape in case I needed to tape up targets at the public range. We fashioned a crude bandage to stop the blood from splashing over the guns. It didn’t work very well, and I think the sight of the oozing blood was a distraction for my buddy, because he turned a bit green around the gills and decided that he’d had enough shooting for the day. 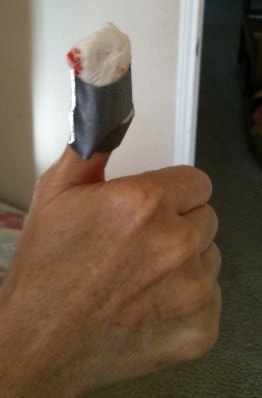 I cleaned up the damage to my thumb when I got home, and applied appropriate amounts of antibiotic, butterfly bandages and super glue. It really wasn’t too bad, just a couple of jagged rips, and it healed without even a scar. 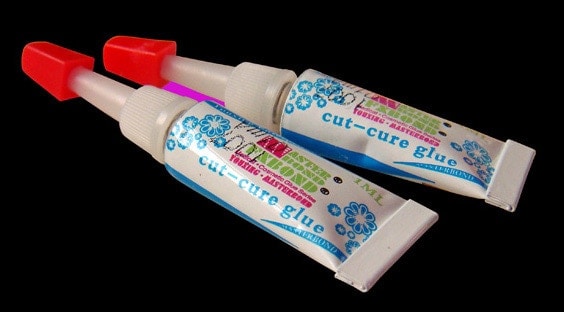 And yeah, I made up a decent first aid kit for my range bag, something a couple of steps up from grubby rags and duct tape. Actually, I made up two such kits, and gave one to my shooting buddy for his range bag. Just in case I forget to bring mine or something. And another incident a few weeks later prompted me to come up with small emergency kit which fits into an Altoids tin that I now carry with me all the time. When you’re a klutz, it makes sense to be prepared. 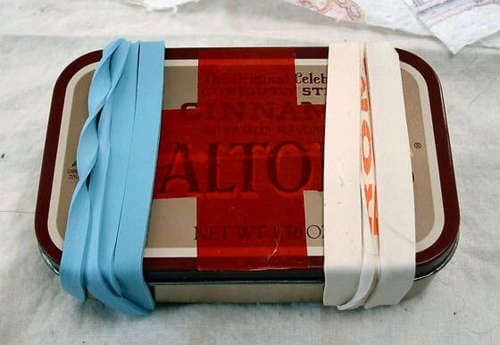 So, take it from a klutz – next time you come across one, get an extra first aid kit (or make one up) and toss it in your range bag. Duct tape and cleaning rags may be kinda macho, but they’re really not the best thing when you’re leaking. 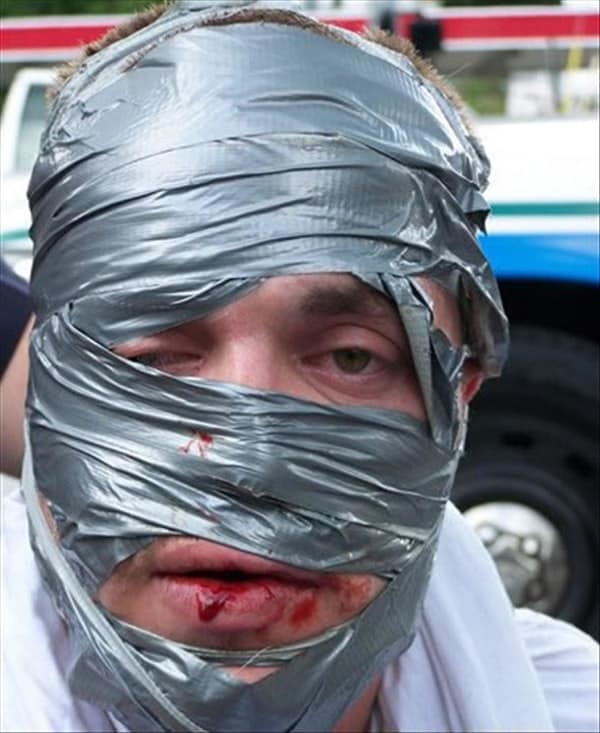