“This is my last year shooting Smallbore,” a gun club member recently told me.

“Oh? Why is that?” my lips said while my brain thought, “You’re over 70 years old, Bob – must be some age-related physical limitation to make an avid shooter like you quit.”

That’s the most common reason I hear from old timers who quit shooting competitive rifle: “I just can’t get into position anymore.” But Bob surprised me.

“Ammo’s just getting too damn expensive,” he said. “Do you know it’s around two thousand dollars a case?”

“Are you kidding?” I responded, then said sympathetically, “I’ll give you fifty bucks for your Anschutz match rifle.”

“Time to take up Highpower,” I said, more helpfully. “Sounds like it’s cheaper to handload for Highpower than to buy .22s for Smallbore.” 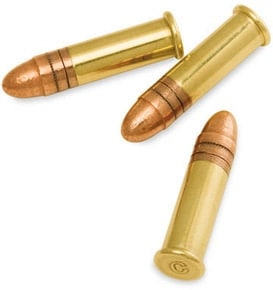 Smallbore is rather like a scaled-down version of Highpower, firing the diminutive .22 rimfire cartridge at bullseye targets at close range, from 50 feet to 100 yards, depending on the specific competition, wherein you’ll fire anywhere from 30 to 160 rounds. Like Highpower, Smallbore is fired from standing, kneeling, sitting and prone positions – or just standing, or just prone, again depending on the specific game.

Unlike Highpower, its big advantage is that you can shoot it indoors, making Smallbore a viable winter sport in northern climes. 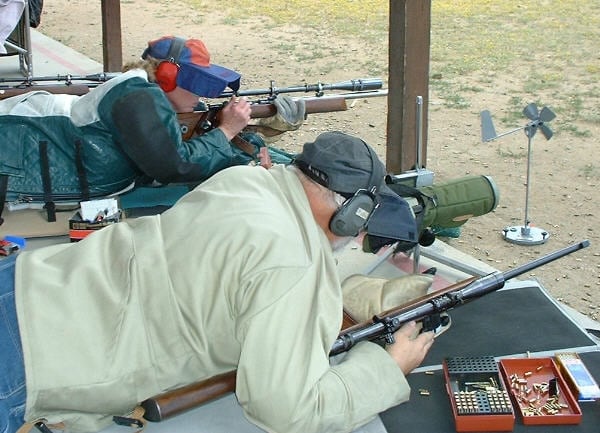 It’s also an excellent way to begin a youngster’s firearms training and interest in competition, and on the path for eventual graduation into Highpower shooting. It’s very likely that your local gun club has some kind of Smallbore Juniors program, and it’s very likely you can enroll your kid for free. No local club? Then contact your state rifle & pistol association; if they don’t have a Smallbore program, they can direct you to the nearest one. 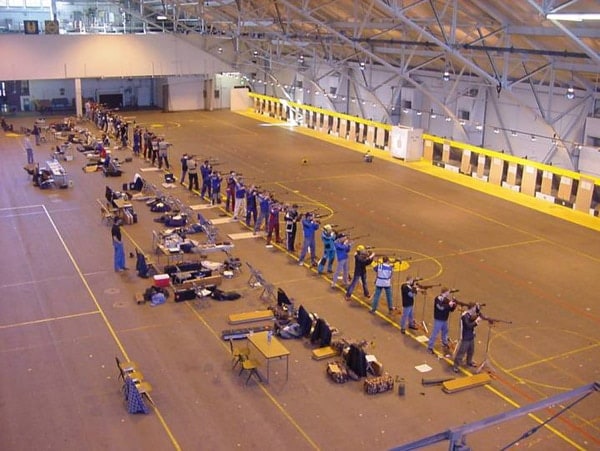 For some reason, colleges and universities that blanch at the thought of intercollegiate Highpower competition embrace or at least allow Smallbore shooting, probably because the .22 cartridge seems comparatively innocuous and the funny looking match rifles less menacing than “assault rifles.”

Smallbore competition is every bit as serious as Highpower, and you can spend as much money on equipment as you wish; however, there are a few things you can do to spare your wallet.

You can save bucks on your single biggest expense, the rifle, by purchasing a surplus .22 Kimber M82 match rifle from the Civilian Marksmanship Program for $400 (these will need some cleanup, but the price includes the match sights). You can also sometimes find shooters at various surplus retailers online, many for only about the cost of your monthly Hummer payment. An inexpensive entry level surplus rifle to try Googling is the Mossberg M44, which is in the price range of filling your Hummer’s gas tank. If you’ve got deeper pockets, all the better. Consider a used Remington Model 40X or a Winchester model 52. Sights are not always included in pricing, so stay alert for that.

There’s no rule against semiauto rifles; the Ruger 10/22 is probably the most ubiquitous one, and I’ve seen tricked out, scoped 10/22s at matches. You already own one (who doesn’t?), so you could install a heavy match-chambered barrel and a scope on it, but then you’ll need a trigger job and maybe a better-fitting stock…by the time you’re done, you might as well have just bought a ready-to-go match rifle and kept the 10/22 for plinking. On the other hand, just slapping a $125 match-chambered bull barrel on your 10/22 is probably the cheapest way to go, if you just want to try Smallbore on for a fit. 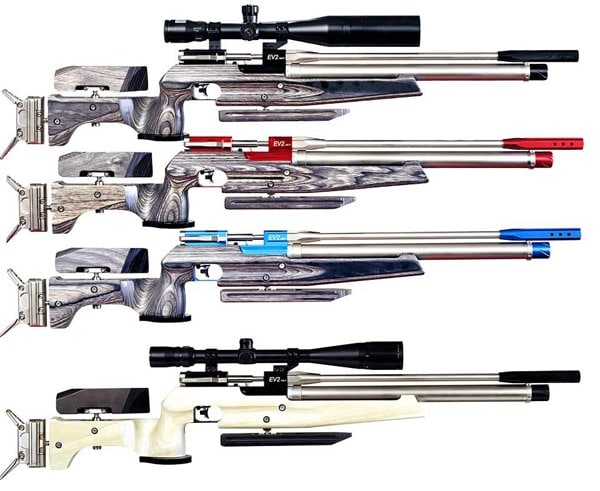 Other accoutrements include a mat to lie on, a spotting scope, sling, glove and kneeling roll to save your ankle.

Smallbore is another game I’ve never been serious about, and I was once surprised to find I had developed a condescending attitude that found Smallbore faintly amusing. I don’t understand that; Smallbore is as difficult as Highpower in its own way, so what could that be about? 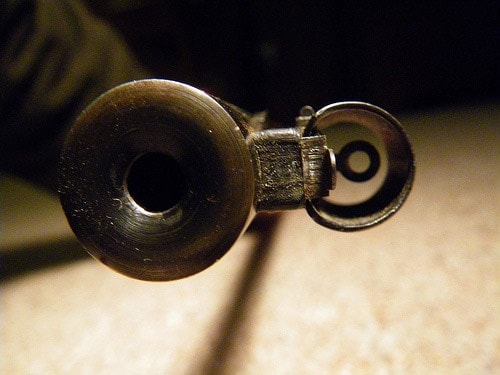 My son had just completed the Smallbore training program at our gun club, so we immediately signed him up for his first match. The match director said it was OK for me to coach my son during the match.

Now, I’m used to shooting Highpower, which is considerably louder than Smallbore. Plus, you know how a person talks louder when wearing ear protection? Well, a Smallbore match is so quiet that it compares to golf; in fact, the voice of the match director making the calls over the PA system sounded exactly like those sportscasters on TV who speak in whispers at golf games. I coached my son all the way through the first relay, speaking loudly so that he could hear me through his sound attenuators. At the end, as we gathered up his gear to clear the firing line, the gentleman who had been shooting next to him came over to me.

He didn’t smile. He said, “Would you mind keeping it down? We’re trying to concentrate over here.” 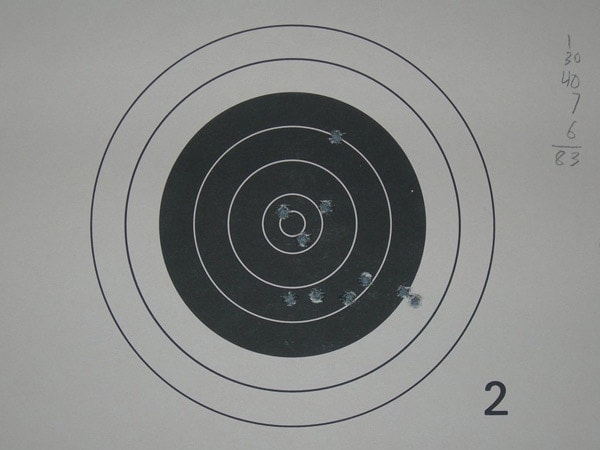 Probably because I’d just mentally compared Smallbore to golf, which to me appears to be both self-important and silly, I found his prima donna comment funny as hell. He probably thought I was a lunatic when I laughed at him.

I’ve been keeping my ear to the ground the past few years for a killer deal on a match grade .22 rifle for some crossover competition. Bob’s comment on ammo prices have now given me pause, for therein lies the limitation in Smallbore competition – you have no choice but to pay for premium ammo because handloading match grade ammo, which is a fraction of the cost of buying it, isn’t feasible with rimfire ammunition. 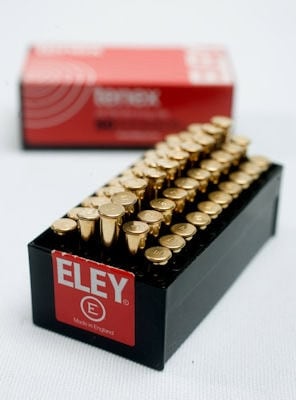 In Smallbore, you have to shoot different brands of .22 match ammo until you find the one that’s most accurate in your rifle. If you’re lucky, your rifle will like the cheapest, Wolf Target, which at this writing runs about $6 per 50, putting a case of 5,000 rounds at about $600. If your rifle wants Eley Tenex at the other end of the spectrum, now you’re looking at $20 per 50, and doing the math for a case gets you to Bob’s reason for quitting Smallbore.

“We choose what we can afford,” a friend has told me, and if I can’t shoot both Highpower and Smallbore, well, I reckon I’ve already made my choice.