The question of whether or not Arizona State Senator Lori Klein (R) intentionally pointed her raspberry-pink handgun at the chest of the Arizona Republic reporter Richard Ruelas is sill anxiously awaiting an answer. 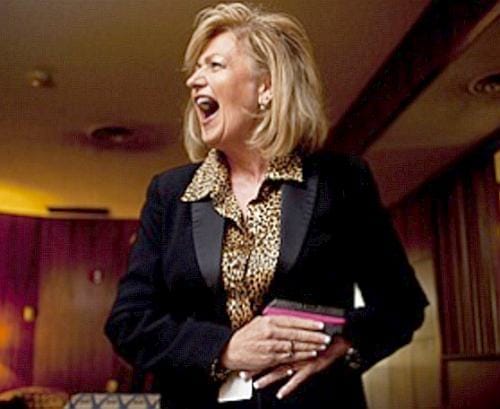 In reading various articles about the incident, one comes across the same words, themes, and catch phrases regarding State Sen. Klein: She is “informally” trained, Klein’s comment about the ‘cuteness’ of the gun (“It’s so cute”), the notion that Klein only carries a gun because she lives in fear, the fact that the gun had no safety, and the rather direct intimation that she intentionally pointed the gun at Ruelas’ chest.  Did she?

Ruelas described the scene like this in his article, “She showed off the laser sighting by pointing the red beam at the reporter’s chest (Ruelas’s chest). The gun has no safety, she said, but there was no need to worry. ‘I just didn’t have my hand on the trigger,’ she said.”

In response to this depiction of the incident, Klein responded with her own statement.  In the statement she mentions how she “ensured the chamber was clear before displaying the weapon” and at the behest of a nearby photographer, who wanted to see the laser sight, displayed the laser sight onto a wall in front of her when “the reporter (Ruelas) came and sat down in the sofa in front of me (Klein), placing himself in the line of the laser sight” and presumably in front of the gun itself.  She concludes by saying, “He noticed the light, then I noticed the light, then I turned it off.”

It’s at a time like this where one needs to criticize because he/she cares.  Klein, regardless of whether or not she intended to, whether or not it was deliberate, pointed a loaded firearm at another human being who was not a imminent threat or danger to her well-being, thus breaking one of the cardinal rules of responsible gun ownership.  Gun owners take pride in their situational awareness and capacity to act responsibly at all times.  And, for a split second, Klein failed to act responsibly.  She failed to live up to that high standard we, responsible gun owners, set for ourselves.   She’s also a Senator.  There’s really nothing else that needs to be said regarding this issue. 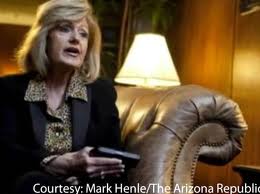