Fighting the Good Fight for a Cure for Buck Fever

The afternoon November sun warmed my back as I strode down the cedar covered hillside. Cold winds had blown straight out of the north since I took a stand high on the ridge well before daylight. The searing cold had won after hours of sitting motionless on my ladder stand. I had not eaten all day long and the sun shining on the south slope below me looked inviting.

I headed down the steep slope, immediately relishing the windbreak and the noticeable warmth of the sun being absorbed by deep leaf litter and rock outcroppings. Realizing that the walk violated my personal methods of deer hunting, I paused to visually check the lay of the land of this unfamiliar hillside. Leaving my stand had put me at a distinct disadvantage, but I needed the warmth to refresh my body and my spirit. Having stopped in an open glade, where the sun’s rays felt extra warm, I leaned against a scrub oak to relax and enjoy the moment. That’s when I caught a glint of sunshine reflecting from something across the soybean field below me. It moved. Deer antlers. Big deer antlers glistened in the afternoon sun. I could scarcely see the back of the big buck as it sauntered along in the bottom of a small, dry creek bed.

Before I could gather my wits and recover from my sun warming stupor, the biggest buck I had ever seen in my life loped over the creek bank and stood broadside in the cut soybean field 125 yards away. I trembled uncontrollably as I raise the .30-06 to my shoulder. 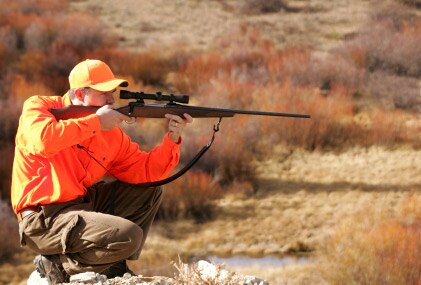 Scenarios similar to mine occur every deer season. I had been struck by a classic case of buck fever. The list of things causing buck fever seem to grow ever year as I listen to more and more stories about deer hunters choking when the moment of truth comes.

Following are five textbook deer hunting tips, and you can help to reduce the plague of buck fever and perhaps put that trophy buck on your wall where it belongs.

It makes real sense, but hunters, especially beginners, make the costly mistake of not firing their deer gun before deer season begins, or they simply fire a couple of rounds at 25 yard targets to see if the gun is still zeroed in. Familiarity with your chosen deer gun is paramount for your hunting success.  Practice shooting from a variety of positions to become well acclimated with the intricacies of each position.  Beyond this, work out the minute problems which will pop up. 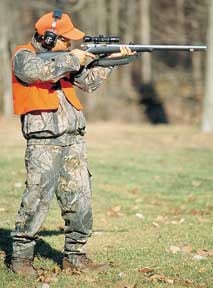 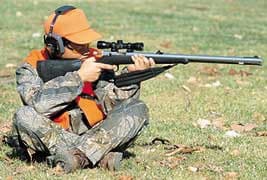 It is very important to shoot from the position from which you will be hunting. If you intend to hunt from an elevated stand, practice shooting from an identical elevated stand. Also, wear your deer hunting clothes while practicing. Bulky clothes will make a difference in how you mount your gun and how it fits your body. The end result is a slightly different sight picture, which equates to missed deer. Practicing under realistic conditions will develop confidence in your abilities.

There is nothing worse than being surprised by a monster buck that you didn’t have a clue that existed. Some would argue that point. Sure, I would rather be surprised than not see a monster buck at all. However, I much prefer knowing that a big buck is around. A series of trail cameras hung at strategic spots around the properties you intend to hunt is the best way to spy on deer. 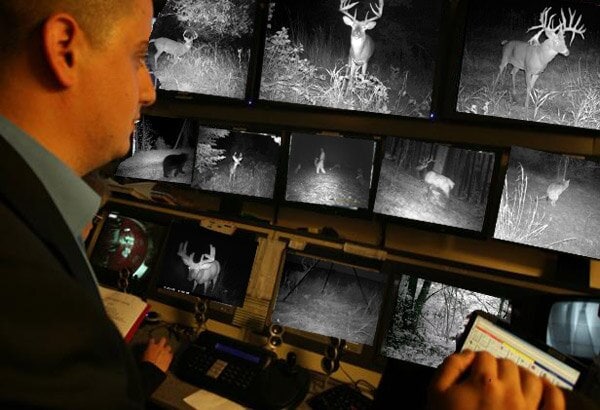 Find food sources, water sources, bedding areas and travel lanes. Don’t forget bottlenecks and fence and road crossings. Hang trail cams at all of these special spots and soon you will know what kind of bucks you have on your place. If the action fades, move the cameras. Deer begin to change their patterns in early fall as food sources change and the hormones begin to flow. Knowing the habits and individual characteristics of the various deer, which inhabit your property will go a long way to build your confidence in your ability to harvest a magnificent buck come deer season. Lack of confidence is a major contributor to buck fever.

A change in environment or daily routine often causes us to change our dietary routine as well. Doing so is a prime cause of ailments such as jitters, nausea, headaches and diarrhea. Any of these ailments can cause potential problems when we are about to drop the hammer on that buck of a lifetime. Avoid caffeine, sugar, junk foods and alcohol prior to the hunt. Being wired is not the same as being naturally alert after you have spent months preparing for the hunt. Your training and dedication to the hunt will take you much further towards success than depending on artificial stimulants. Eat well, get plenty of rest and save the celebratory drink until after the hunt is over. In addition to using trail cameras, spend plenty of time in the deer woods searching for deer sign and activity. Spend as much time on your hunting spot as you can without having deer make you and avoid your hunting property. Make note on maps where you find deer trails, feeding areas, bedding areas, rubs, scrape and sheds. 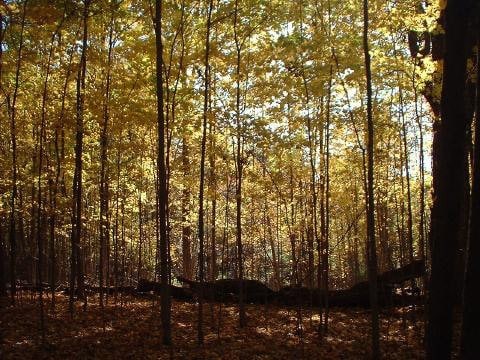 By posting these treasures on a series of maps over the months you will be piecing together a giant puzzle, which will provide an encyclopedia of information about the habits and movements of the deer on your property. As you wait on your stand for the buck you want to show up, you will have everything possible under control. Under these conditions you will be much less likely to encounter surprises that so often lead to the ailment of buck fever.

If you can.  But whatever you do, do not wait until the last minute to head for deer camp. You have spent months preparing for a few days in the deer woods. You know practically everything there is to know about the deer herd on your hunting property. However, conditions can change in a hurry, which might have an influence on how deer move during deer season. The weather may change drastically. The rut may kick into high gear.  Trespassers may have stolen stands, cameras or done property damage. 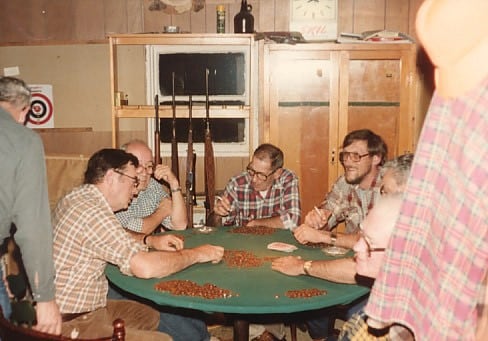 In other words, things could have changed in your absence. Arriving at your hunting spot several days before the deer season begins will give you time to re-scout if necessary and, fix any problems which might have developed. Also, the extra time at camp will give you the opportunity to acclimatize to camp life. It usually takes several days to get into the groove of a new routine. The extra days will also give you time to relax and forget your responsibilities and problems at the job and at home. A recharged and relaxed hunter is a calm hunter, one who can keep his nerve about him when old mossy horns shows himself.

Once you set your mind to reduce your buck fever, concentrate on the elements that helped.  Make your own personal notes about what worked best for you and then add to this list after each deer season.  This is the wisdom of ages you’ll be able to pass this on to those you mentor, turning them into proficient deer hunters much faster than the norm.

Oh, by the way, that monster buck that stepped out in front of me in the soybean field so long ago… it has haunted me for decades. I remains the largest whitetail buck I have ever seen in the wild. It’s rack was wide, tall and perfectly symmetrical. That buck was my buck of a lifetime, but I missed. However, I did get to see it up close the following season. A really good buddy of mine killed it. It scored 182!