In reviewing the bill and its many provisions, gun owners in Missouri may be pleased with the changes as House Bill 294 ushers in comprehensive firearm reform that, for the most part, expands gun rights for state citizens. 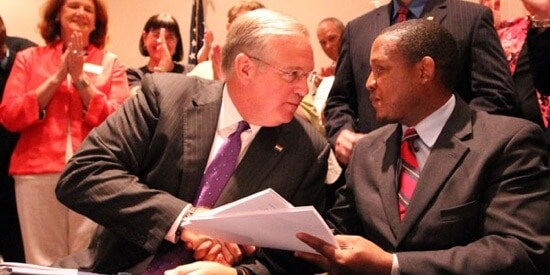 In addition to the change in the concealed carry age requirement, the bill:

-Prohibits the sales tax on any firearms or ammunition from being levied at a higher rate than for any sales tax or other excise tax charged on any sporting goods or equipment or any hunting equipment.

-Allows a person to possess, manufacture, transport, repair, or sell a machine gun, short-barreled rifle or shotgun, or firearm silencer if he or she conforms with federal law. While these more favorable amendments to the previous law(s) may make gun advocates rejoice, there are also several provisions that may make them bristle:

-A municipality may regulate, by order or ordinance, the shooting of pneumatic guns within its boundaries when, in the opinion of the governing body, it is so heavily populated that the conduct is dangerous to its inhabitants.

-Creates the crime of fraudulent purchase of a firearm, a class D felony.

The House Bill was drafted by Missouri State Representative Jeanie Riddle and was sponsored by state Senator Brian Munzlinger.  And it passed through the Missouri General State Assembly without a hitch.  However, and for reasons not explicitly clear, Governor Jay Nixon waited until the 11th hour to sign House Bill 294 into law.

In reflecting on the nature of gun reform, it might help to remember what Coleridge said, “Every reform, however necessary, will by weak minds be carried to an excess, that itself will need reforming.”  In other words, depending on one’s position on gun control and gun legislation, he/she would be wise to temper his/her emotions and remember that it’s not only laws one has to change, but hearts and minds.