It’s been said that the wheels of justice grind slowly but exceedingly fine.  Perhaps the case of Eddie Espinoza, the ex-mayor of Columbus Village, NM, is the perfect example of this maxim.

On Tuesday, Espinoza pleaded guilty to seven federal charges stemming from a Bureau of Alcohol, Tobacco, Firearms and Explosives gun trafficking sting operation back in March of this year.  The breakdown of those chargers is as follows: three counts of making false statements in the acquisition of firearms, three counts of gun smuggling, and one count of conspiracy.  As a result of these seven charges, he could face up to 50 years in a federal prison.  A sentencing date has not yet been scheduled.  He is currently in federal custody. 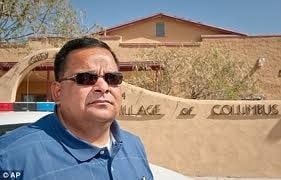 Luna County Sheriff Raymond Cobbs believes that this plea deal, which federal prosecutors have agreed to seal, was the best option Espinoza had for leniency before presiding United States Magistrate Judge William P. Lynch.  Cobbs said in an interview to local reporters, “I think that’s probably the best thing he could have done.  Had he not pled guilty, he would have been liable for a much, much longer sentence.  I think the case against him, from everything I am aware of, is they have a pretty strong case on him.”

Espinoza wasn’t the only gun trafficker or politician caught and indicted in the BATFE led sting operation.  In fact, the former police chief Angelo Vega and village trustee Blas Gutierrez were also arrested along with about 10 others.  Locally, they have been given the moniker the “Columbus Dozen.” 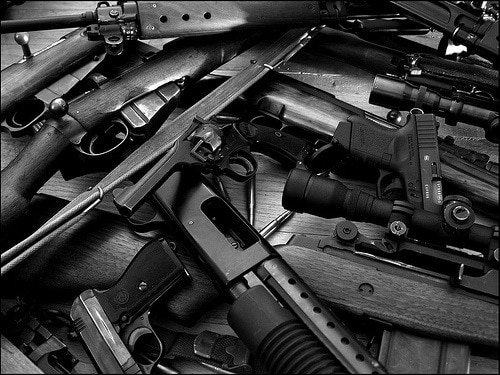 “I hope that this is a deal for a plea agreement to help get the others convicted and certainly bring closure to those circumstances there in Columbus” Cobbs stated in regards to Espinoza and his situation with the remaining members of the “Columbus Dozen,” many of whom are awaiting their day in court this fall.

According to federal investigators, the “Columbus Dozen” are responsible for using unmarked police vehicles to smuggle more than 200 firearms, including semiautomatic assault rifles with detachable magazines, from New Mexico straight across the border into the hands of Mexican gangsters and drug dealers.  At least eight murders have been connected to those trafficked firearms. 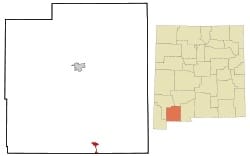 Although the operation was spearheaded by BATFE, it took the cooperation of ICE, Homeland Security, the DEA, Mexican police officials and local Mexican authorities, U.S. Customs, the U.S. Border Patrol, and the U.S. Marshall’s Service and more than a year to complete.