The militaries of the United States have been fighting the compromise between the weight of the gear that soldiers carry and all that hardware that makes our troops so good at force-multiplication.  There is only so much equipment you can swap out, so many M249s to turn into M27s, before you have to either cut some of it loose altogether or start looking for new avenues to improve soldiers’ ability to hump.  (Snicker.) 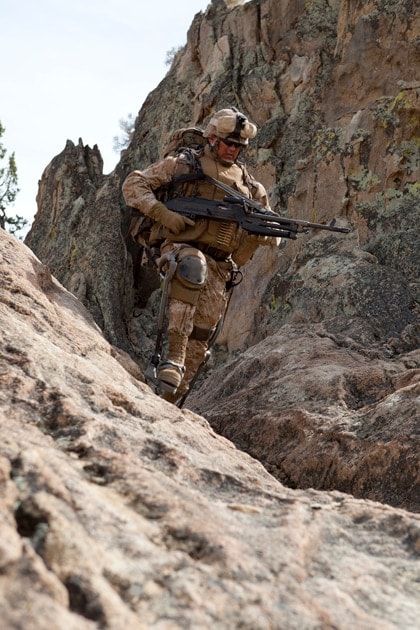 The HULC is one such avenue.  Ladies and Gentlemen, once again, we live in the future.  Currently, Lockheed Martin is working on rolling out one of their latest tools for mechanically enhancing our soldiers with their Human Universal Load Carrier. 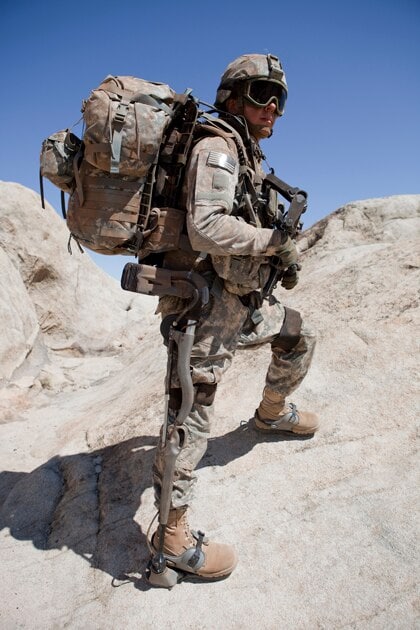 “The HULC is a completely un-tethered, hydraulic-powered anthropomorphic exoskeleton that provides users with the ability to carry loads of up to 200 lbs for extended periods of time and over all terrains. Its flexible design allows for deep squats, crawls and upper-body lifting. There is no joystick or other control mechanism. The exoskeleton senses what users want to do and where they want to go. It augments their ability, strength and endurance. 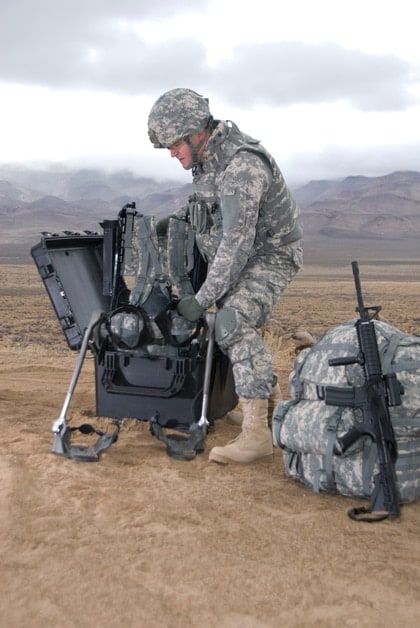 “An onboard micro-computer ensures the exoskeleton moves in concert with the individual. Its modularity allows for major components to be swapped out in the field. Additionally, its unique power-saving design allows the user to operate on battery power for extended missions. The HULC’s load-carrying ability works even when power is not available.”

Lockheed Martin, of course, is holding explicit details about the HULC to their chest.  But we have to assume, from the photos, that it’s plutonium-powered and uses lasers to scan and track targets on the field, and has trace amounts of synthetically-generated Chuck Norris pheromones in the hydraulic fluid to augment the troops’ lethality.

This is an acceptable half-step between what we have now and rocket soldiers.  And rocketeers aren’t the limits of Lockheed Martin’s plans for the future soldier, either.  Society will know that they have fully achieved what they’ve set forth to do when we have an army of Iron Men with cloned velociraptors for dogs.  The velociraptors will also be capable of speech and be fluent in English, Arabic, and Swedish (you know what you did, Sweden). 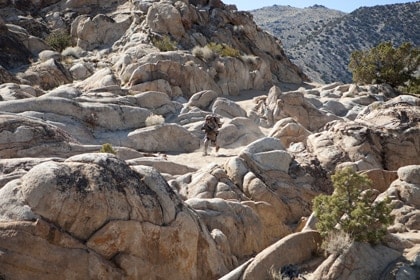 But this is still a fine start.