No matter how promising and cool Lockheed Martin’s exosuit technology is, and how widely dispersed M27s rifles are, the military still needs to find as many ways as possible to lighten the loads of soldiers.  The Lightweight Small Arms Technologies’ Lightweight Machine Gun (or LSAT LMG FOR THOSE OF YOU WITH A CAPS LOCK) is one very real, very lethal way to lighten loads. 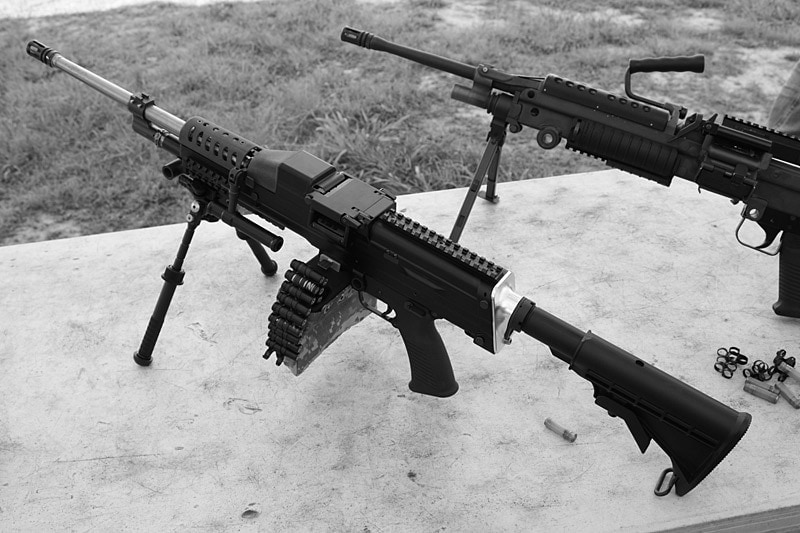 One of the simultaneously most important and heaviest weapons for any small unit is their light machine gun; suppressive fire is vital when moving around.  But the most common LMG in service is the M249, a 5.56 NATO hulk that weighs 22lbs with a single 200-round belt.  A full 1,000 ammo load weighs 24lbs.  This means that the minimum carry weight for a soldier with an M249 and all the other stuff they’re required to carry is about 80lbs.  And we’re talking minimum, here. 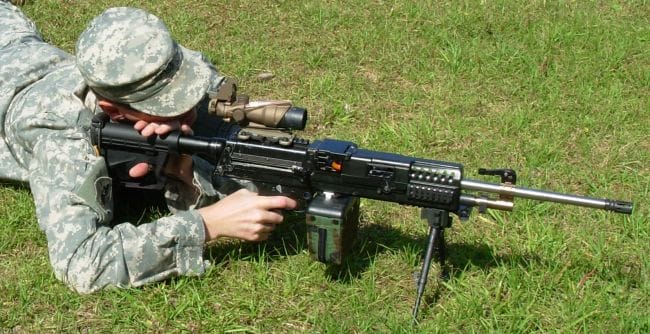 Soldiers, believe it or not, use their backs and knees for… stuff.  And junk.  It’s too much weight.  LSAT’s got a mind to change things with their new machine gun. 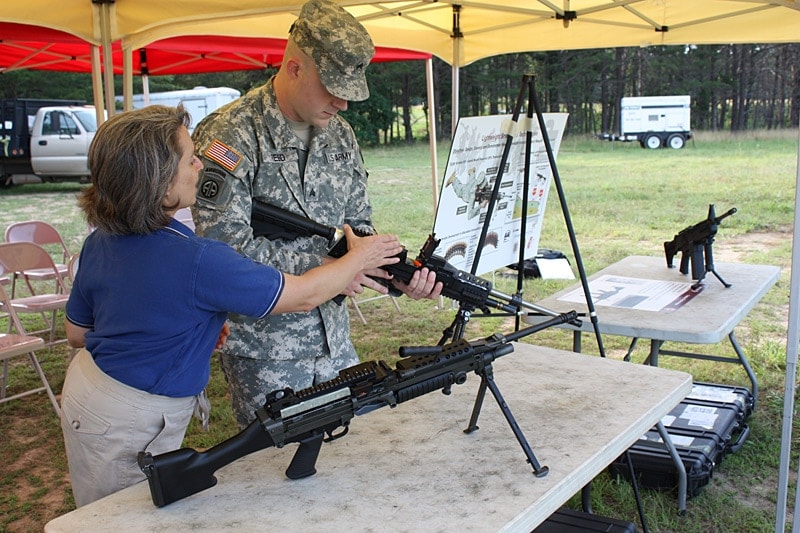 Honestly, machine gun science hasn’t advanced much in the past few decades, and the LSAT LMG isn’t much of an exception.  The fundamental basics have always been there, but it’s the genius in how it’s all put together that makes LSAT’s offering so much more than the sum of its parts. 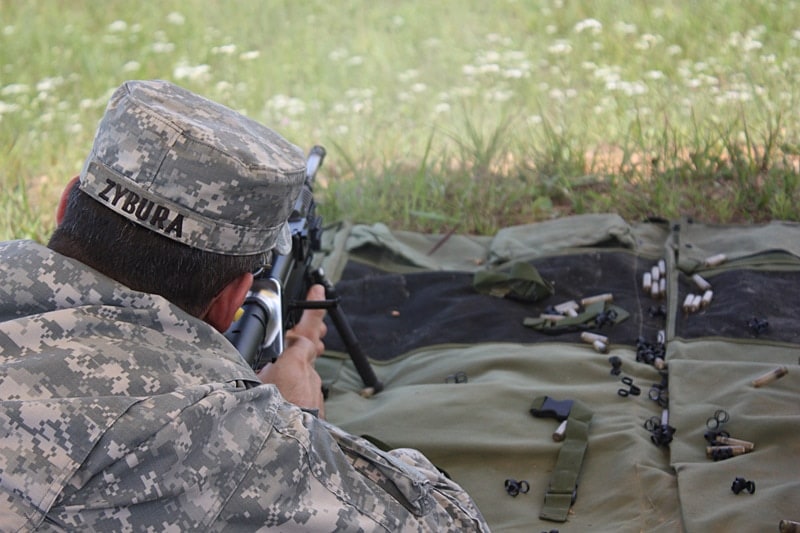 First of all, the LSAT LMG is lightweight to begin with.  Empty, it weighs a hair under ten pounds, compared to the M249’s seventeen.  And then there’s the fact that it uses a rotating chamber.  As one cartridge feeds in it pushes out the previously fired cartridge; it doesn’t need any special feeding or ejecting hardware to complicate the cycling process.  And finally, it uses plastic-cased ammunition. 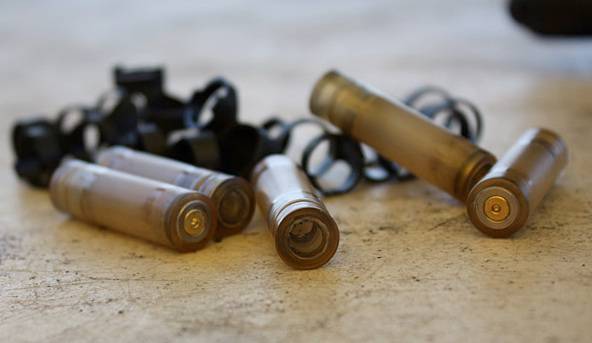 Yep, polymer, not brass, houses the bullets for this gun.  The ammo’s like lethal lipstick; and the brass sure as hell won’t burn you if it goes down your shirt.  Think of it like shotgun slugs.  One of the primary problems with polymer cases is that they don’t feed or eject normally; otherwise their performance is the same as any other metal-cased bullet. 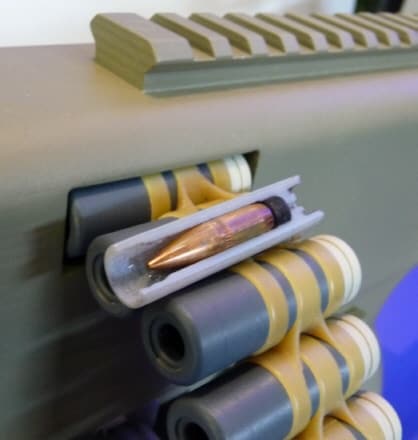 It’s the rotating chamber that makes this machine gun possible.  And the design works well enough for the military to seriously consider fueling the project.  It’s undergoing preliminary trials as we speak.

This LSAT LMG is one of two LSAT projects.  There are two types of ammo being considered, in this case, telescoping polymer-cased ammunition, and down the road, fully-caseless ammunition.  While caseless ammo has an obvious weight advantage like nothing else, it’s a bit on the pricy side and is considered a tad on the unstable side.  But polymer cased ammo still has an awesome advantage: 1,000 rounds of it weighs 10lbs less than traditional ammo.