Dogs of War: A Look at the Use of Canine Corps

Dogs have been participants in combat since their domestication several millennia ago and provide a malevolent aspect to attack that ratchets up personal menace in the eyes of the enemy. 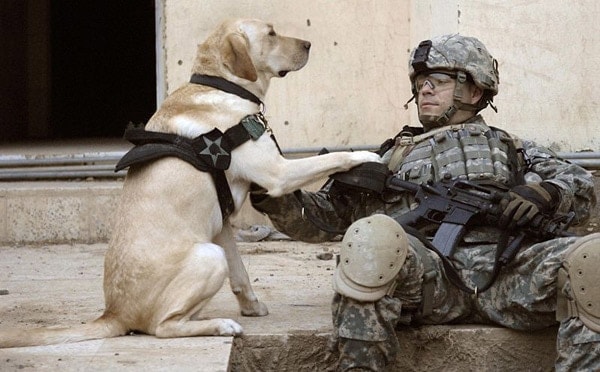 Canines now maintain specialist roles as clearly demonstrated by Cairo, the Malinois Seal 6 Team Member, who is now enjoying his well deserved 15 minutes.  Every other Seal 6 human on the raid is studiously avoiding attention. If a Fatwa is issued on the dog, he gave the appearance that he can take care of himself. 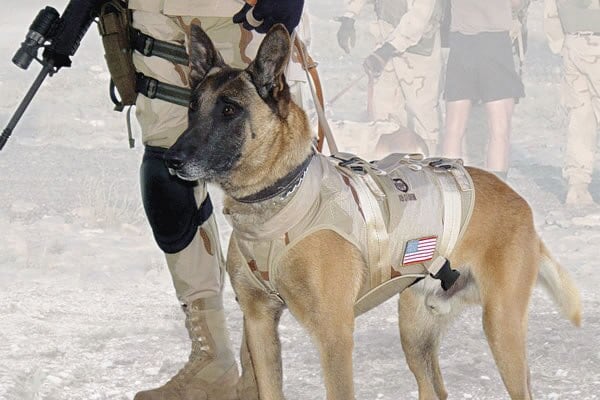 This Belgian Malinois was one of 24 Team Members who had ‘paws on the ground’ during the raid on Osama Bin Laden’s hideout, although Cairo remains as unspoken about the mission as the remainder of Seal Team 6. 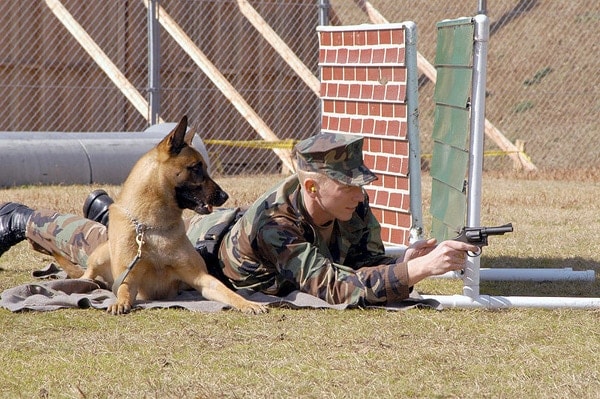 For portrayal of dogs in combat, top prize goes to the movie Gladiator (2000). The initial battle scene, Russell Crow is Roman General Maximus accompanied by his combat canine, he orders Quintus to launch the onslaught, “at my signal unleash hell”.

General Maximus with his wolf-like war dog and a contingent of Calvary flank and decimate the Germanic ranks.  The action of the dog, as it reverts to feral attack mode, is behaviour that millions of animals have perfected in wars over the centuries.

Dogs worked alongside their handlers. They each earned their ‘daily crust’ on the outside of the fortifications as guards and trained attack dogs establishing a 3 way deterrent. Keeping intruders out, spies at bay and deserters in.

The Ancient Greeks bred war dogs; the Molossian (Μολοσσός) was the granddaddy of them all but sadly, now extinct.  This big dog’s DNA molecules are in a number of large breeds.  Ancient marble statues of the Molossian indicate that its closest resemblance is to the Bull Mastiff with lineage bridging from St. Bernards to Pit Bulls. 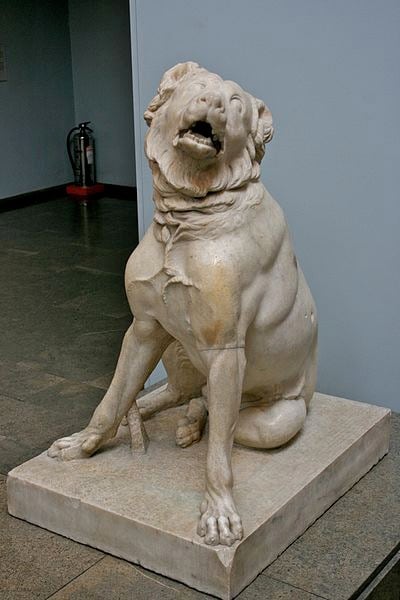 The Greeks depended on the warning of the war dogs to keep the sentries alert and in the event of attack the forewarning gained, prevents surprise attacks.

The Spartans favoured the swift Laconian strain that suited their concept of a warrior with agility and speed. The heavier Molossian breed was the overall favourite due to size and ferocity; both dogs were indigenous to Greece.

The Romans used trained Molossians when they went to Britain but as good as they were they were savaged by Britain’s Bull Mastiffs. 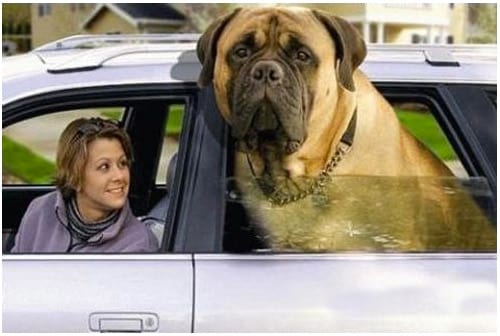 The Romans didn’t get to run the world for 800 years because they were stupid, just a little incestuous. They transported Mastiff reproduction stock to Rome to augment the Greek Molossian line and the latter breed’s characteristics were diluted and became extinct through indiscriminate canine husbandry.

Today the closest breed to the Molossian is the Bull Mastiff, formidable in every aspect and used as guard and attack dogs for eons. 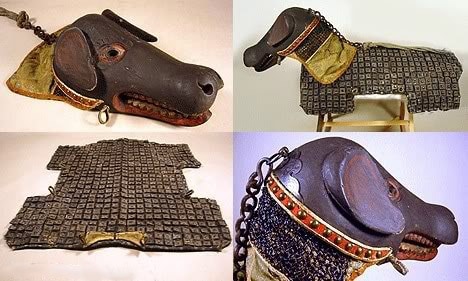 Drug Gangs now maintain a posse of pit bulls as attack animals and curiously they have become status symbols in their exclusive milieus, to be strutted with collars that look like a Highway Patrol spike strip. 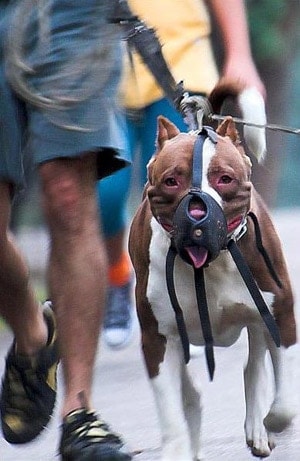 At the beginnings of the war in the Pacific, The American Command was not prepared for the reality of jungle warfare. They were naive as to the ferocity of this brand of combat.  It became apparent as the casualty count steadily mounted that a new approach needed to be introduced, and fast. ‘Use dogs, give it a try’ and it worked. 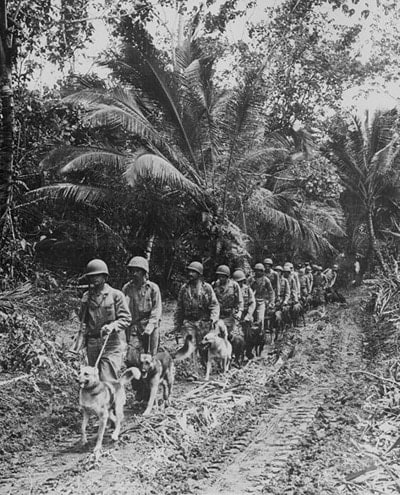 In 1942 The Marine War Dog Platoon was brought into service and eventually turned the tide against the sniping genius of the embedded Japanese. The effectiveness of Dobermans in the jungle was such that by the end in 1945, every platoon had dogs and handlers.

Police and Law Enforcement agencies too numerous to list have canine contingents within their ranks using the adaptability of dogs to mitigate the various predicaments those folks encounter, dogs are essential …  if the police situation calls for a different breed, bring in the blood hounds.  But the star for a long time is Cairo, the only Seal 6 Team Member brave enough to face the camera.