Snakes. Why did It have to be Snakes?: Quick Cleaning with the Boresnake

I like snakes. BoreSnakes, that is. Actually, the other kind don’t bother me much, either. But BoreSnakes? Love ‘em. And this is coming from someone who is a bit of a traditionalist when it comes to cleaning guns. 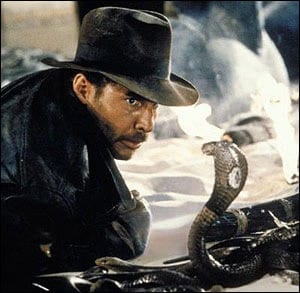 Why? Well, when you’re doing a lot of gun cleaning, a BoreSnake is about the most convenient thing in the world. For example: our recent round of Cylinder Gap Tests at BBTI (more on that in a couple of weeks) we went through some 6,000 rounds of .38/.357, all put through one poor Uberti Single Action Army clone. Our protocols required us to swab the barrel (and cylinder chambers) between each 10-round set of shots, so as to minimize the effect of a dirty/leaded barrel on bullet velocity. That’d be a lot of cleaning patches. 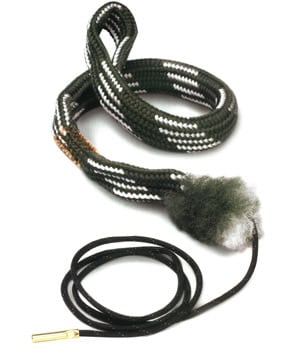 As it was, it was a lot of BoreSnakes – we went through several in the course of the week’s shooting. But that was something we had learned in previous testing: even washing a BoreSnake only goes so far when you’ve abused the brass brush part of it too badly. 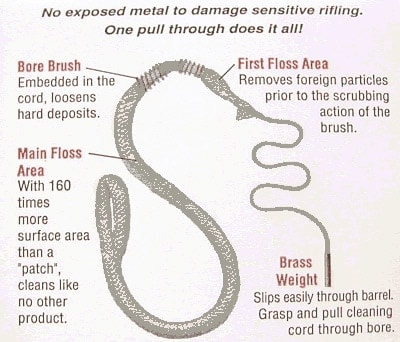 No complaints from me, though. How many people actually need to clean their gun after 10 shots? Even I am not that obsessive/compulsive about cleaning, though I’m one of those people who thinks that part of going out shooting is to clean my guns when I get back home. I actually enjoy that part of the whole thing – it answers some deep-seated part of me to take a gun apart and get everything cleaned. I feel like I’m a kid all over again, taking apart a watch to see how it works, and challenging myself to see if I can put it all back together and working smoothly. 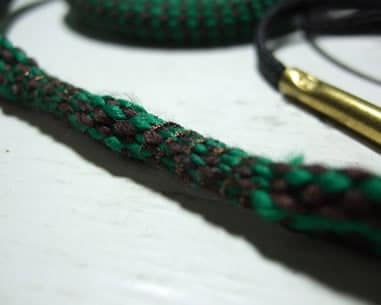 Not that I always do a detailed strip of my guns after a trip to the range. No, that usually only happens once or twice a year. Most of the time I am happy to do a routine cleaning. Depending on the gun that means cleaning the barrel, the chamber(s), the receiver, all exposed parts and surfaces. Probably just the outside of a magazine, unless it seems a bit sticky. If my gun has been exposed to wet, then I might pop off any furniture (grips/stock) to make sure no moisture has been trapped where it can do harm. If my gun has actually gotten wet, then I’ll probably do a detailed strip on it – rust inside the mechanism of a gun is a bad thing. 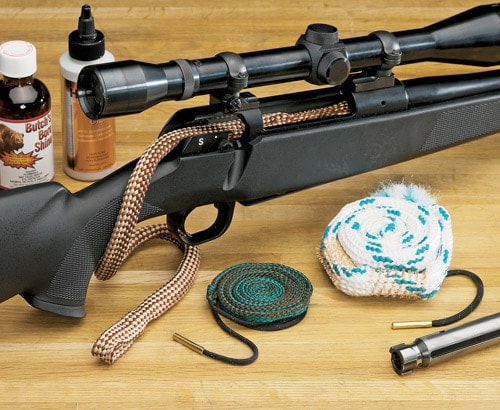 I’m not real picky about what solvents and oils I use – just about any product will work, and over the decades I’ve tried most of them. Anytime someone comes out with a new miracle oil/grease/cleaner I tend to sit back and see what others think – I’m perfectly happy to let someone else experiment on their own guns first. I learned that lesson back in the 70’s when a product initially designed to displace water was touted as the end-all and be-all for cleaning and lubing guns. Having to buff light surface rust off the barrel of a gun was not just aggravating, it was embarrassing.

That might explain my initial skepticism about BoreSnakes. But after a buddy brought one to the range and I saw it in operation, I gave it a second look. He used it for initial cleaning and to get lead out of a barrel while it was still hot from shooting. I saw what kind of job it did, and decided it was worth trying. If you need to do a quick cleaning, a BoreSnake is about the best thing since metallic cartridges.

I know that some people don’t clean their guns. And that’s fine – they can do what they want with their own property. But it just seems wrong to me. You know, as in “shave my cat” wrong. Don’t misunderstand me – I like good ol’ dirty fun as much as the next guy. But when fun time is over, you clean your toys and put them away. That way you know that they’re ready for proper use the next time you need them. 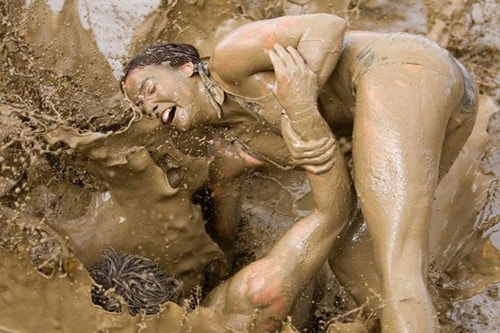 As I said, I’m a bit of a traditionalist about this. Old school. Orthodox. 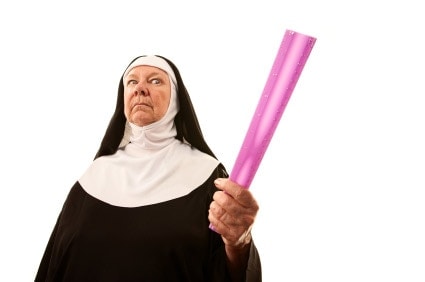 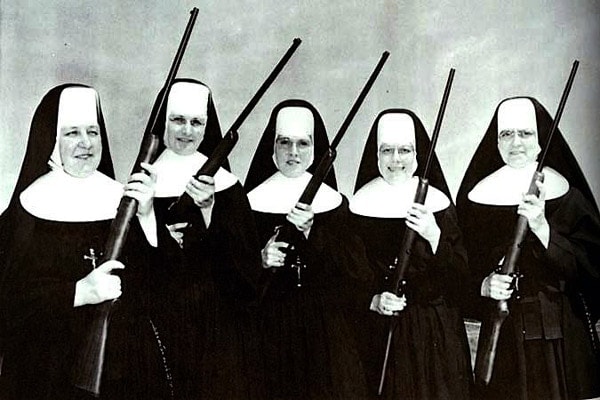