Ah, gun safes.  Some people use ’em because they believe it’s the best way to keep people away from their guns.  Some people would sooner not have guns than use gun safes.  And some people don’t have a choice.  The Blaze case must be for that last group. The Blaze case combines firearms safety with aesthetics, and turns a pistol safe into a wall hanging, a piece turned piece of art.  It’s a gun safe but it’s also a way to show off your gun. 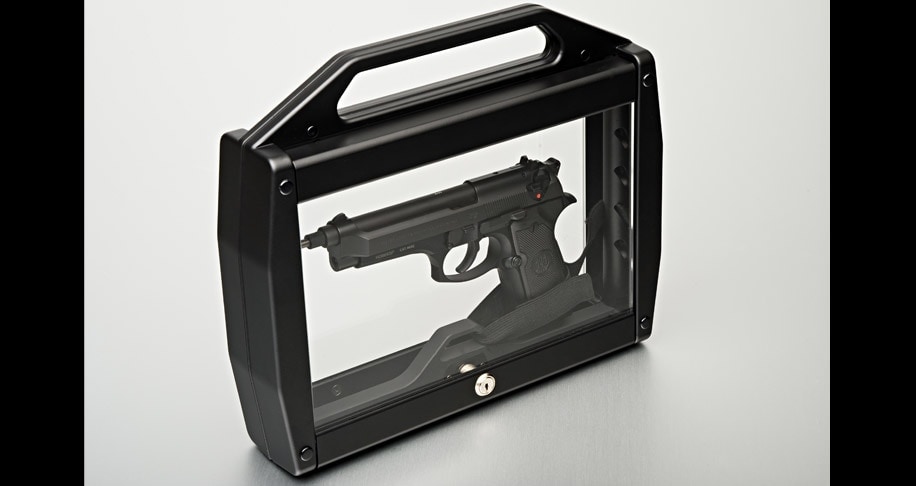 The Blaze suspends one firearm and one magazine between its transparent walls framed in black, silver, gold, or chrome.  It uses aircraft aluminum and “INOX” steel (INOX is just the French acronym for stainless) and features “tactical” panels. 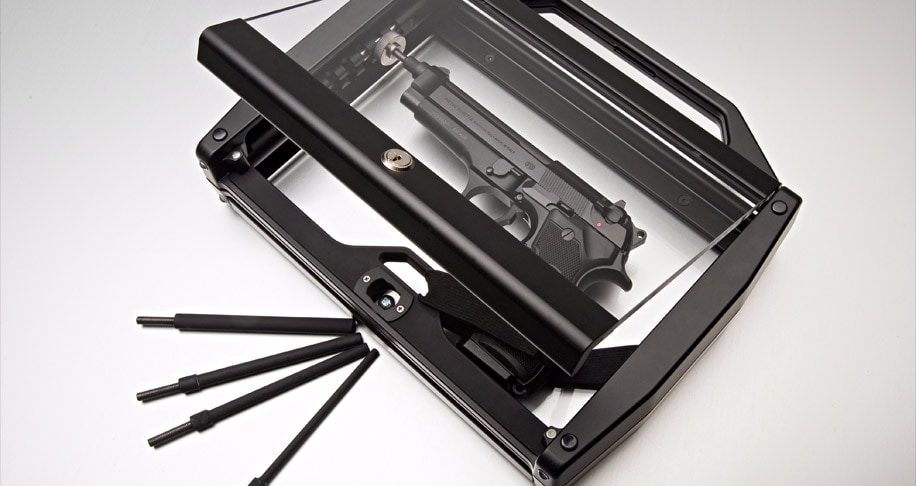 But the question bouncing around here is “What the fuck?” that is to say “Aren’t gun safes supposed to keep your guns safe, not showcase them for grift?”  No, it’s true, some firearms really are works of art and deserving of all the limelight they can get.  And if we decided to put some of our classier guns on semi-permanent display (ya still gotta shoot ’em) we probably would want them to have at least the vestiges of security, and perhaps portability… 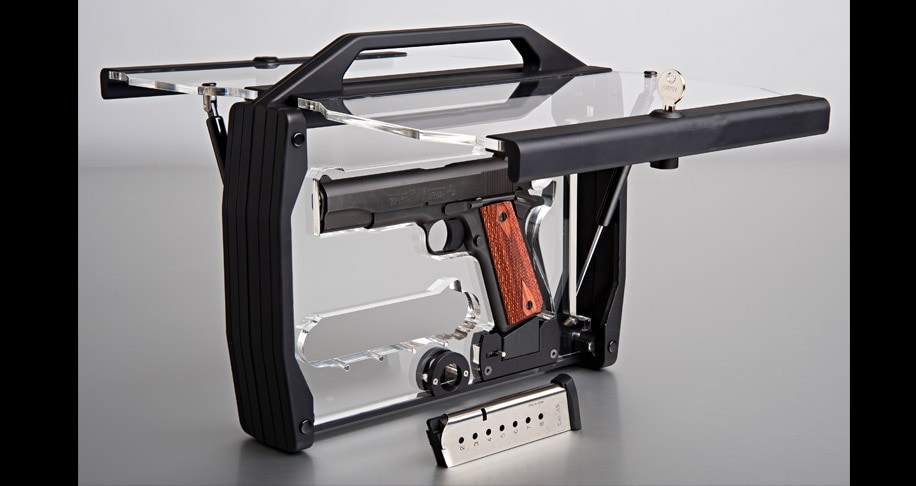 OK.  We shall concede that Technoframes Blaze cases are a) a swanky means of gun storage, and b) an attractive and somewhat practical way to display and transport firearms, but we also have a hunch that these will be used in film by villains and antagonists everywhere.  Because there’s something comical, or gaudy, or pretentious about the Blaze case that’s just not suited for the good guys. 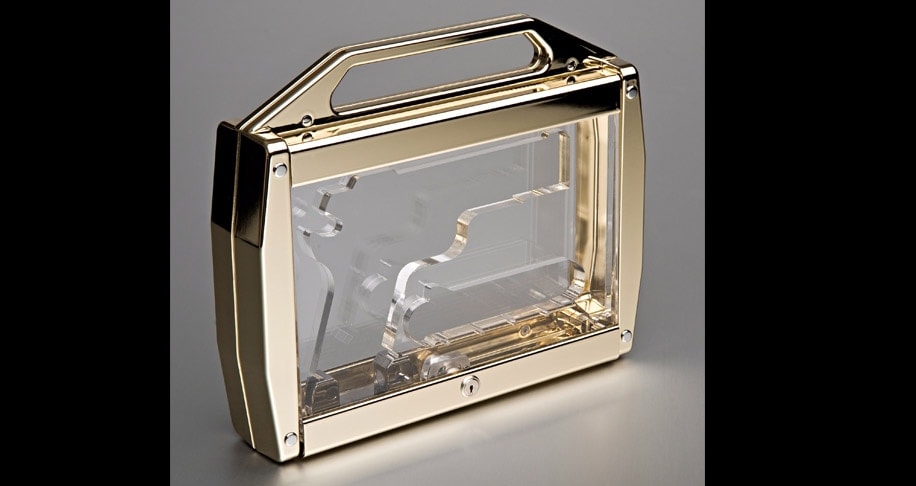 Maybe that’s because we secretly want one and a gaudy-as-piss 1911 to display in it. 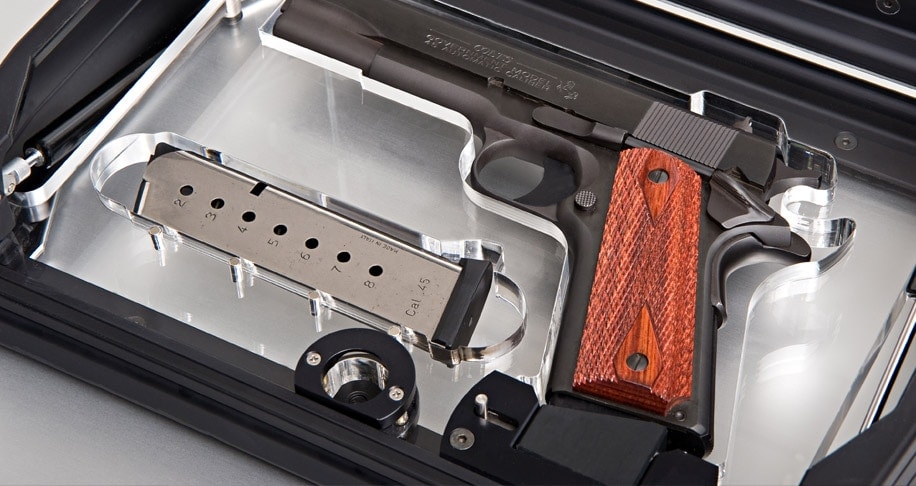 And it’s just a distraction too.  While everyone thinks we’ll reach for the Golden Colt, and fumble with its keys giving them the upper hand, in truth, underneath the eave of our great desk in the War Room lies a series of Cold War-style backlit buttons, red and sorta ivory even though they’re supposed to be white, what can you do, they predate cheap LEDs and are lit by tiny incandescent bulbs, and each button summons an unimaginably painful sort of death, every one different and completely unique to itself, except for the shark launcher, that one shares some similarities with the sharkapult, and that is the price all shall pay for insubordination!

Yep, the Blaze cases are for villains.  But hey, sometimes it’s cool to be a villain.  Get all the kickass desks, not to mention all the hot subordinates you can handle, at least until the protagonist arrives.  Being a villain with a Blaze case will set you back $250 at a minimum but that’s a pittance compared to the sharks, especially when it comes to shark handlers and shark food, (shark food, in the long run, is cheaper than subordinates) so consider it a done deal.