SIG’s reputation is caught, a bit mind you, a bit, in the mire.  In a push to meet the ever-increasing demand for all firearms, the Internet is making noises that they’re cutting corners, particularly at their American factory in Exeter, to rush guns out the door.  Much to their chagrin, even Swiss troops, both their army and their special forces, have dumped their SIGs in favor of Glocks. 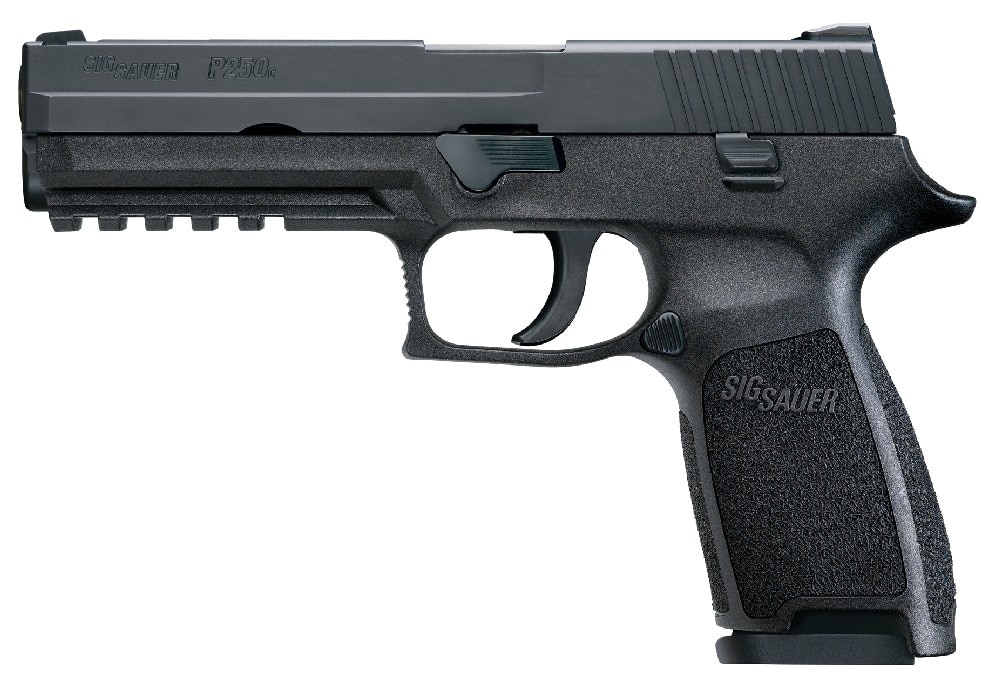 Many people suspect that SIG is focusing more one exploiting niche markets by introducing colored, patterned, and stamped versions of existing pistols, and expanding their catalog at the cost of quality control. 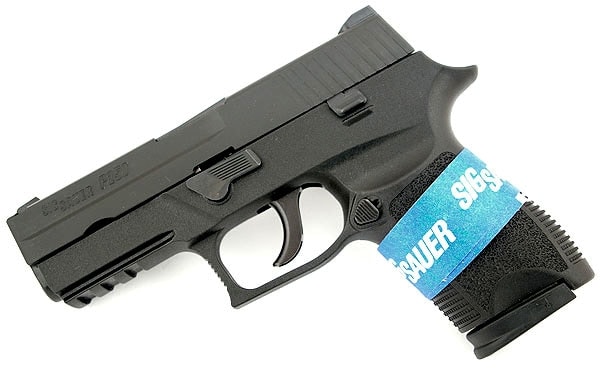 But there are three SIGs that everyone agrees, yep, worth the money.  Their X-Five is a hand-fitted, expertly tested bullet machine.  Each one goes under the microscope individually before it leaves the Swiss factory.  Then there’s the rugged SIG Pro, or SP2022, SIG’s first plastic fantastic.  And of late there is also the SIG P250. 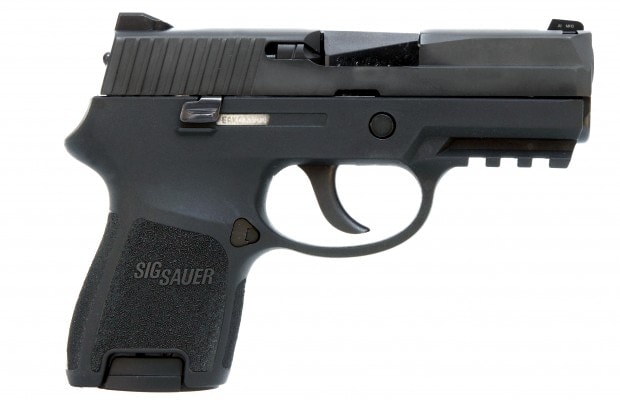 Because the SIG P250 is too simple for it to actually encounter problems.  There just aren’t enough moving parts for anything to go wrong.  There’s no safety, just a smooth, and we mean smoooth, double-action trigger.  All the controls are ambidextrous, they guns are lightweight, available in every major caliber except .22 LR, (and even that’s rumored to change soon) they can be fitted with small, medium, and large grips, and they’re super cheap.  That, combined with the fact that they’re fun to hold and easy to shoot makes them a service pistol no-brainer. 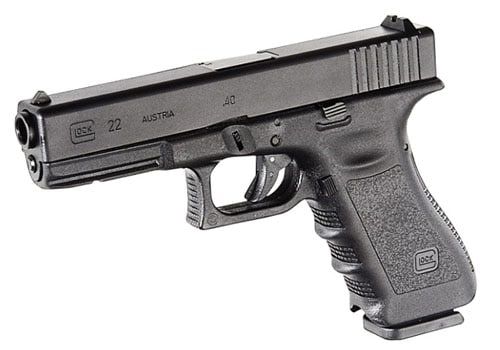 Of course, this was not always so.  The first generation SIG P250 was essentially crowdsourced.  That is to say, SIG shipped them out with whatever springs they had lying around and the ones that didn’t get sent back for warranty work got filed under “Got it right.”  The magazine springs and slide lock springs were all too light, and the slide spring retaining system was too small. 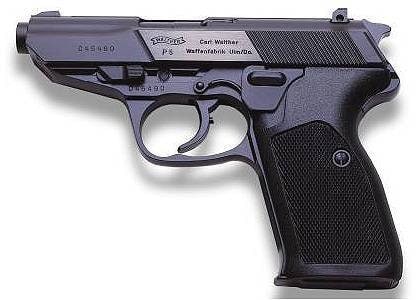 But they nailed it with the second generation.  With everything working correctly, SIG’s just been waiting for the service contracts to roll in.  First the Honk Kong police, then the Federal Air Marshals, then the Dutch police, (specifically, the Dutch SWAT) and now the Dutch Department of Justice, or the Ministry of Security and Justice as they call it.  They’re planning on replacing some 42,000 Walther P5s and Glock 17s between next year and 2013. It makes sense; they already have some and they’re getting more.  Really, that’s a hard thing to avoid whether or not you’re an entire bureaucracy or just, like, a person.  Especially if you love wheelguns.  If you’re one of those guys who’s said you’ll never shoot some pistol with a slide, do yourself a favor and go shoot a SIG P250.  Or don’t, say, if you have $350 you didn’t want to spend on a new gun.