Throughout history there have been those people who have been immortalized, and then there is the family of those famous figures, and in their own way they too have their moments.  Gunfighters are no exception.

The name Bat Masterson is well known in gunfighter lore, and his exploits have become the stuff of legend, but few know of his brothers, Ed and James Masterson, despite that they both were gunfighters in their own right. 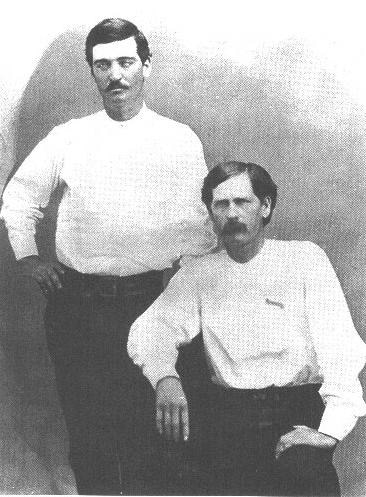 Ed’s first gunfight was in November 1877 when as the Deputy Marshal of Dodge City he was shot in the chest by Bob Shaw in the Lone Star Dance Hall. His right arm crippled by the wound, Ed displayed excellent gun handling skills by switching to his left hand shooting Shaw in the leg and arm. After Ed recovered he replaced Larry Deger as the town Marshal not Wyatt Earp as had been believed.

Ed Masterson soon began a public campaign to rid Dodge City of crime, but it came at a high cost. On the night of April 9, 1878 Ed Masterson noticed a drunken cowboy named Jack Wagner was wearing a sidearm. Masterson disarmed Wagner, giving his sixgun over to his friends. As Ed walked away, Wagner drew another gun that had not been seen and ran after the Marshal. Ed turned and grabbed Wagner who shot Masterson in the abdomen, the barrel being so close it set Masterson’s shirt ablaze. Masterson returned fire striking Wagner. Then Wagner’s boss Alf Walker got involved and Masterson shot him through the left lung and broke his right arm. 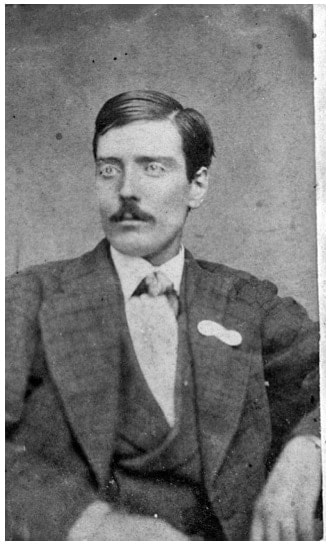 Ed Masterson walked across the street and collapsed, he died less than a half an hour later. Jack Wagner later died but Alf Walker survived his encounter with the brother of Bat Masterson. Ed Masterson was only 25 years old.

Bat’s other brother James, while not as famous was involved in more gunfights, being that Bat’s reputation was tied to Wyatt Earp’s. After Ed Masterson’s death he too began working with Wyatt in Dodge City and was present for Wyatt’s confrontation with a cowboy named George Hoy at the Comique Variety Hall. Hoy started shooting at Wyatt from his horse and both he and James Masterson returned fire. Hoy was wounded and would succumb a month later. Wyatt claimed the shot, but it was thought that James actually shot Hoy. If he did, he never disputed Wyatt’s claim. 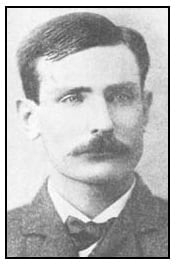 Over the next two years James made over two hundred arrests and shot another man before he was let go in 1881. He then drifted round for the next few years working as a lawman and took part in several gunfights albeit indirectly. James’ biggest claim to fame, other than his brother Bat, was during the Battle of Ingalls on September 1, 1893.

James was part of a group of thirteen marshals put together to arrest the Doolin-Dalton Gang. The gang was in George Ransom’s Saloon when the lawmen moved in, and then the things turned sour very quickly. 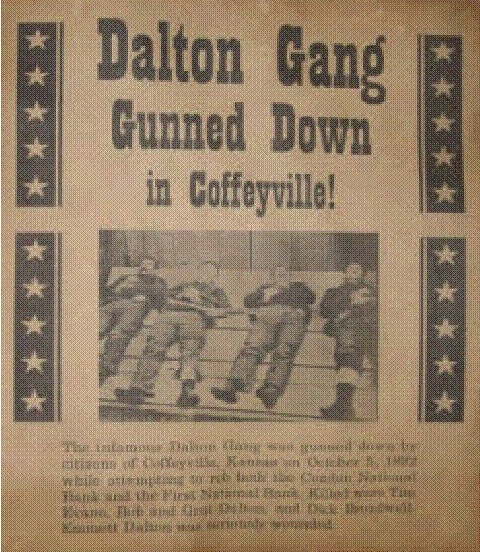 Deputy Tom Huestin was fired at first and he dove for cover. As Deputy Dick Speed went to help his comrade Lafe Shadley, he was shot dead by gang leader Bill Doolin. Shadley himself was cut down by Bill Dalton. The fight really got interesting after James Masterson lobbed some dynamite into the saloon and then captured “Arkansas Tom” Jones who was stunned by the blast. The remaining gang members fled out of town only to stop on a hill and fire a few “fare thee well” shots at the posse, killing an innocent bystander. All told three of the Doolin-Dalton Gang was wounded but only one was captured. 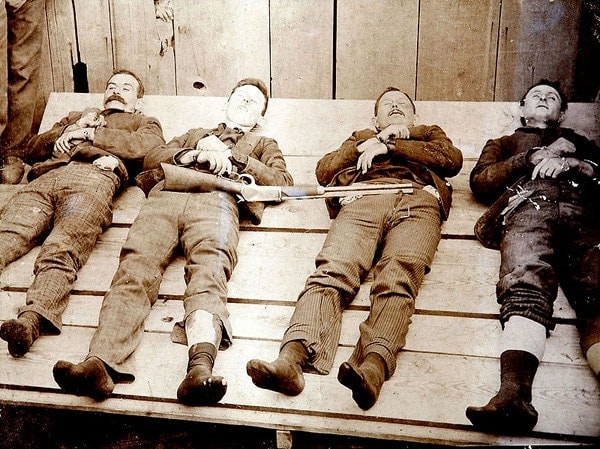 James Masterson was not heard of much after the Battle of Ingalls until his death from tuberculosis on March 31, 1895 at the age of 39.

Bat Masterson was well known as a famous lawman and gunfighter but his exploits overshadow the valiant deeds of his two brothers who were in their own right worthy of an esteemed place in gunfighter lore.