Taser International’s a company almost everyone in the Western world is familiar with.  They make Tasers (not stun guns, those are different, damn it) the famous, or infamous depending on how you look at them, electrical dart launchers that have temporarily debilitated countless aggressors over their four decades of service. 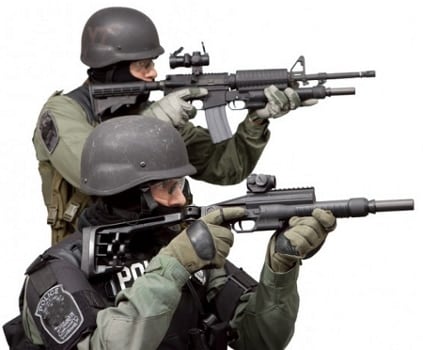 Metal Storm, on the other hand, is a name better-known to fans of military hardware.  They make electrically-operated guns that are half rail gun and half tons of hot metal shit coming at you faster than the speed of sound.  The technology rests on the principle of stacked projectiles: the ammunition is all fed into the same rifled barrel with propellant sandwiched between them.  As an electrical charge is run down the barrel, the projectiles are fired in series, from the muzzle to the breach. 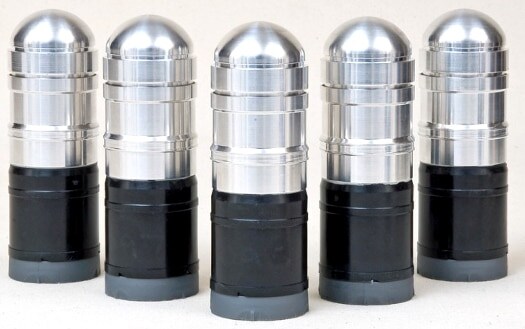 On most targets, it’s not any better than conventional guns.  But motorized, a Metal Storm gun makes short work of incoming, say, missiles with it’s hell-spawned cone of shrapnel.  Obviously, the Navy really likes Metal Storm.  Load up another “munition tube” and you’re good to go.  Oh, by the way, the firing rate? 60,000 RPM. 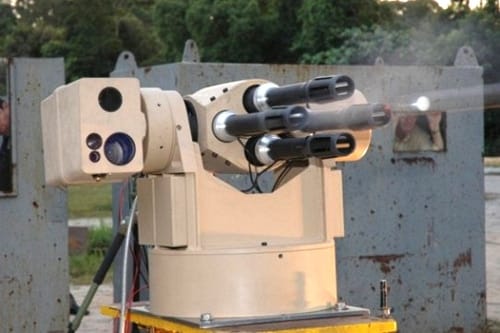 The technology is scalable, too.  In 2009 they started working on a barrel-mounted shotgun for M4 carbines, the MAUL, (Multishot Accessory Underbarrel Launcher) finally giving the police an excuse to have that little cutout in their rifles.  A single munition tube holds four 12-gauge shotgun shells, and loaded, the MAUL weighs only 1.8lbs, and yes, makes very short work of locked doors.

And now they’re teaming up with Taser to load the MAUL with XREPs.  Have you not heard of the XREP?  Well, it’s sorta… wonderful.

The best of Tasers is only effective to about ten yards, given the length of the wires being a hard limit on their range.  The XREP packages the guts of a Taser gun into a shotgun-fired cartridge.  It’s effective out to about 100 feet; more if you’re a crack shot with a 12-gauge. 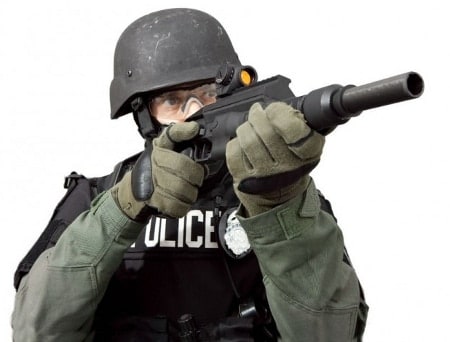 Together, they’ve invented a four-shot, rapid-fire, quick-reloading, barrel-mounted tasing machine.  They’ve even got a standalone MAUL that can be fired from the shoulder.  And with this swanky new Taser deployment system, they’re not sacrificing range; it’s also good out to 100 feet, or 30 meters if that’s your thing.

Combined with an M4 that’s geared for rubber bullets?  Being an angry mob just got real. 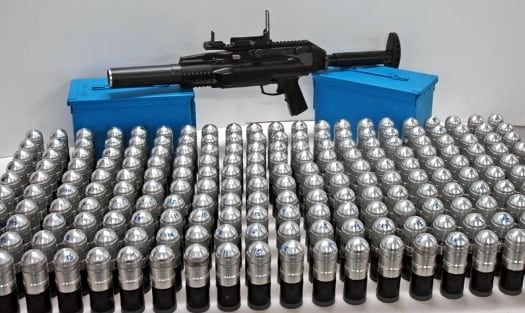