Forget a lousy football autographed by your team’s second-string quarterback. One Missouri car dealership – Premier Auto Outlet of Rogersville – is giving away a free gun with a car purchase. Buyers have their choice of either a pump-action shotgun, or a semi-auto handgun.

Premier Auto owner Wayne Lewis is proud to offer the deal, stating, “Any vehicle that is purchased between now and the end of the month, they get a free gun of their choice, within the price limit.”

Lewis said the results of the promotion have been largely positive: “I would say that traffic has easily doubled…We have had one negative call on it, but most have been positive.” Lewis stands behind his motivation for the sale, stating “I think we are in the part of the country where people cherish the Second Amendment, the right to bear arms. I think most customers use guns in positive ways…It’s no different, I would say, than giving away a TV or anything else.  It is a piece of merchandise.”

Based on the video, it appears that the “guns of choice” include what appears to be a Hi-Point .380 ACP (or a 9mm, tough to say) and a Rock Island Armory 12 Gauge. In either case, as grandpa always said, “Don’t look a gift horse in the mouth.” 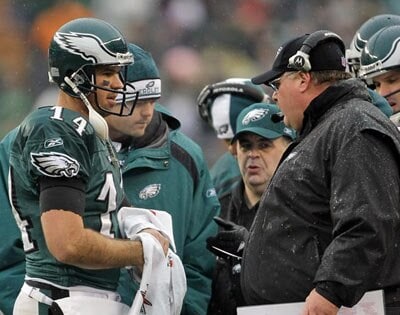 After all, said Lewis, “You get to have a little toy, a little fun.” Sounds like a win-win. And hey, at least A.J. Feeley won’t have to sign all those footballs.