The only thing better than putting truck nuts on your vehicle is putting truck nuts on someone else’s.  You know that car that gets parked outside your house with all those faded bumper stickers that say, “If bullets cost as much as love then the whole world would…” none of us remembers what that thing said, but that car with truck nuts ninja-style in the middle of the night equals pure win.  That’s $20 of American fun you just can’t beat. 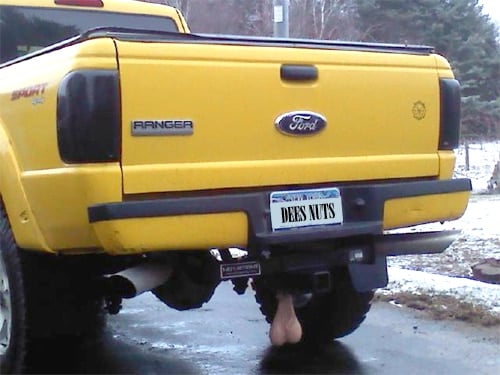 But really, the only thing better than truck nuts on your ride: that’d be a Claymore hitch cover.  (Along with truck nuts.  Under your truck or otherwise; you should still probably keep the truck nuts, at least in the glove compartment or hanging from the mirror.  If there’s dice there already, consider going halfsies, on die, one nut.) 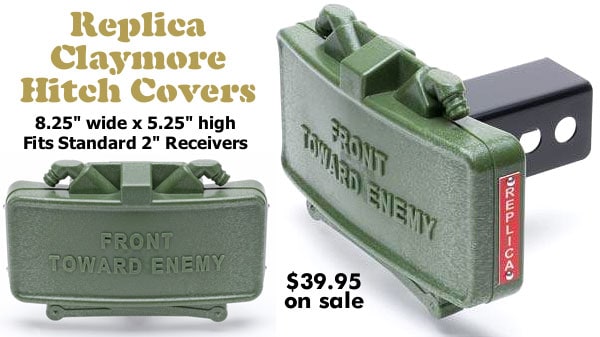 There are going to be people who will tell you that this is stupid, that it’s dangerous to have a fake plastic anti-personnel mine, correction, the anti-personnel mine, strapped to your car riding around town wherever you go.  That it’s a fast way to get the cops and the bomb squad sicced on you.  Well that’s bullshit right there, getting the bomb squad sent over is how you make new God damn friends, so be sure to keep your cell phone on you that you try to stay in touch with those guys; you’ve never had a Labor Day barbeque until you’ve cooked with the fucking bomb squad. 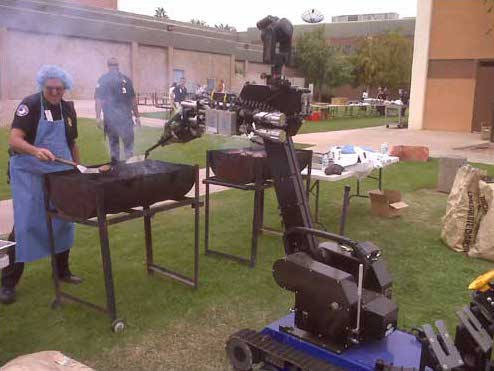 The great irony is that strapping a plastic replica Claymore to your hitch is going to do the opposite of discouraging tailgating; they’re gonna roll right up on you to see what’s what and try to think of reasons anything facing backwards would read “Front toward enemy,” or possibly wonder, What’s that supposed to be a replica of… Small price to pay.  Remember: bomb squad barbeque. 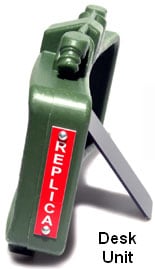 So get you some hitch mine, already.  Shouldn’t set you back more than fifty bucks and, hey, excuse to watch videos of real Claymores doing their thing!  (Seriously, did you see that shrapnel hit the berm?  As they say in this country, “Dayum.”)