The bond between a soldier and his rifle is a special one.  It can’t be overstated.  To better explain this it might be appropriate to channel that famous scene in Full Metal Jacket where Marines are drilled on the intimate connection between a solider and his rifle, “This is my rifle.  There are many others like it, but this one is mine.  My rifle is my best friend.  It is my life.  I must master it as I must master my life.  Without me, my rifle is useless.  Without my rifle, I am useless…”

So when members of the Iowa National Guard’s 113th Calvary returned home from Afghanistan and had to give up the weapon they had become familiar with there was, in many cases, a bit of separation anxiety.

“Yah, I’ll miss her. I named her Black Beauty,” said Specialist Gale Battles before he handed it over to supplies personnel.

Staff Sergeant Jesse Ross offered a little more insight, “This is my second deployment.  After my first one I would wake up in the middle of the night looking for my weapon… It’s like your wallet or your purse. When you leave the house, you know, most people feel empty without having their purse or their wallet.” 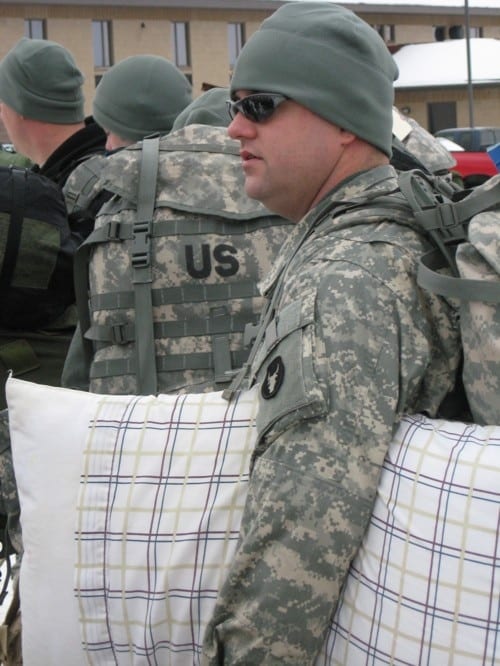 Gear though, is a different thing altogether, “It feels good to get rid of it,” says Sergeant Seth Kyle at the Central Issuing Facility where the 465 pounds of pre-deployment, issued equipment and gear is reclaimed by military personnel to be sent back to the Department of Defense. “It’s like we’re actually going home now.”

After the gear and the weapons are collected soldiers must go through a series of medical examinations to make sure everything is copasetic.  Particular attention is paid to the mental health of the soldiers.  Lt. Col Barbara Sutton, who is the liaison between Fort McCoy and doctors back home said, “Every Soldier experience stress.

PTSD is diagnosed when a Soldier experience behavioral disorders like nightmares and hyper-vigilance for more than two months.”  In other words, if the symptoms of the stress caused by service are prolonged, lasting more than two months, then the soldier would be diagnosed with the disorder and further treatment can be administered. 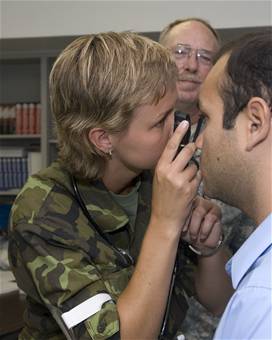 In recent years, military physicians have become more attuned to the mental health of soldiers returning home from war.  They’ve made it a point to hold seminars and disseminate literature about the short-term and long-term affects of war.  And, they’ve seemed to finally accept the fact that war irrevocably changes people.  As Lt. Col Sutton points out with respect to their stress, “At first they used to hide it and keep it secret. Now it’s like, well you can just plan on being stressed and abnormal for six months before you get back to your old self and it’s not your old self. It’s your new normal.”