In 2008 the U.S. Supreme Court ruled, in a landmark case District of Columbia v. Heller, that the “Second Amendment protects an individual’s right to possess a firearm unconnected with service in militia, and to use that arm for traditionally lawful purposes in federal enclaves, such as self-defense within the home.”

This decision overturned part of D.C.’s Firearms Control Regulations Act of 1975, which banned D.C. residents from owning handguns, automatic firearms, and high-capacity semi-automatic firearms and mandated that pre-ban guns were to be unloaded, disassembled, or bound by a trigger lock. 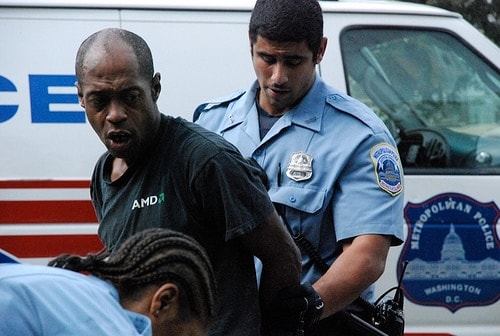 In short, it’s now legal for D.C. residents to purchase and own firearms.  There’s just one problem.  There’s no place to purchase a firearm in D.C.  Moreover, even if one purchases a firearm out of state (D.C.), he/she cannot bring the firearm into D.C. as federal law prohibits the sale of firearms (in particular handguns) across state lines.  However, this can be circumvented if the purchaser sends the firearm to an in-state federal firearms licensee.  But, D.C. doesn’t have a federal firearms licensee operating at the moment.

The one person in D.C. who performed both of these necessary functions, Charles W. Sykes Jr., owner of CS Exchange, went out of business back in April of when he lost his lease on his building. 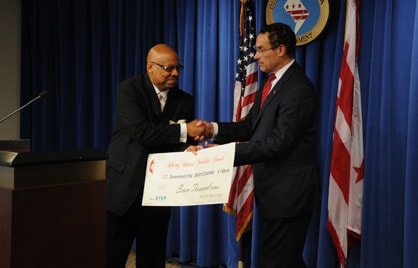 For Sykes, finding a new lease wasn’t as easy as one would imagine.  D.C. has strict zoning laws that prevent firearms dealers from operating within 300 feet of a residence, school, playground, public library, or place of worship.

In order to prevent an onslaught of lawsuits by gun advocates, Mayor Vincent C. Gray announced a tentative solution to the problem.  Gray suggested that Sykes open up CS Exchange inside the Metropolitan Police Department building.  The D.C. zoning commission sanctioned the idea despite the fact that it’s within 300 feet of a church. 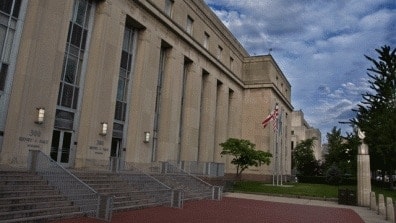 When asked about the difficulty Sykes had in finding a new location, Gray said, “it seems to have more to do with the cost of the space in the District and the relatively low demand for firearms than with the zoning regulations themselves.”

When prodded about the demand for firearms in D.C., Gray said, “I’m not sure what the demand should be.  I believe one is too many, but that’s my own personal view on this.

Gray further commented on the situation, “In short, it’s really on Mr. Sykes at this stage. We hope that he will accept this as a solution, certainly to the problem immediately, and it will give us at least a year to be able to find a permanent solution.” 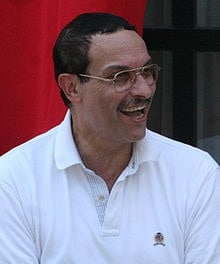 Sykes has yet to agree to the deal and was unavailable for comment.