Although the feral pig bomb has received a good deal of attention in recent years, it’s a pest of the canine variety that has increasingly wreaked havoc on the city of Fayetteville, North Carolina. According to officials, 10 packs of feral dogs – totaling as many as 150 canines – are currently roaming the city’s neighborhoods, intimidating residents and killing area pets. 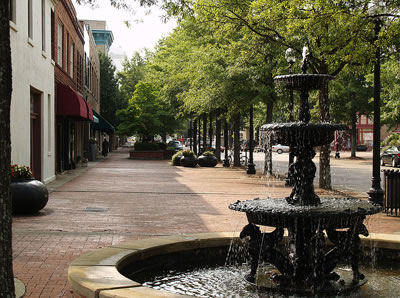 Although the Cumberland County Animal Services Department has attempted to cull the packs, but limited resources and a large pack size have complicated efforts to manage the dogs. After trying a number of tactics, officials are now considering hiring a team of professional dog hunters from Texas to solve the problem.

After hearing about Fayetteville’s pest problem, members of the Dangerous Animal Task Force, based in Fort Worth, TX, penned a letter to Fayetteville mayor Tony Chavone offering their services and outlining a plan of attack. The company has proposed sending a pair of two-person hunting teams equipped with tranquilizer darts and GPS tracking technology to round up the feral dogs. 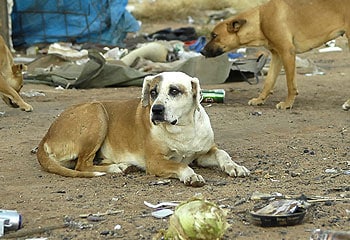 The hunters would utilize tranquilizer darts equipped with GPS tracking chips in order to shoot the dogs and then locate them once the drug takes effect. Officials hope that at least some of the dogs could then be relocated to the county animal shelter for adoption.

City Manager Dale Iman spoke with the City Council regarding the efficacy of the Animal Task Force proposal and hopes plans can move forward, saying “I think we have a good chance of making an impact.”

Officials will now need to determine how the cost will be distributed between the city and county. The price tag for the two-week hunting outing would be $29,000. 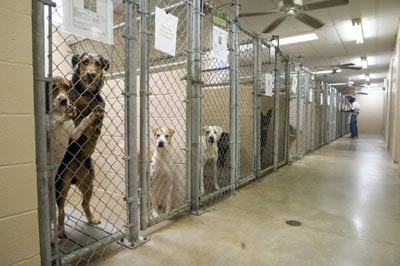 Among the plan’s supporters is Dr. John Lauby, director of the Cumberland County animal control program. Dr. Lauby has been among those attempting to troubleshoot the increasingly intractable feral dog problem over the course of the year, and has recenlty focused his efforts on educating the public about the issue. Lauby noted that some well-intentioned residents have been feeding the animals, a situation that raises concerns about contact between residents and the unpredictable dog packs.

Lauby also noted that many residents fail to notify authorities when sightings of the dogs occur, complicating efforts to locate and apprehend the animals. Authorities have tried a variety of approaches to catching the dogs, but have been met with little success. Fayetteville City Councilman Jim Arp – who wrote an email to Mayor Iman raising concerns over the increasing numbers of wild dogs – is among those eager to address the issue. 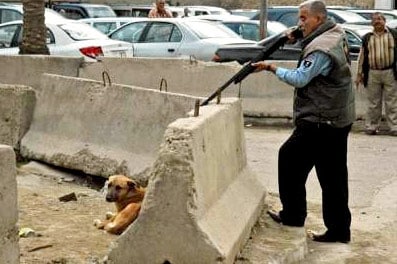 But like many, Arp is aware of the challenges faced by the undermanned Animal Services department. Said Arp, “I don’t know that you can capture these dogs.” The need to use firearms or other means of lethal force in residential areas is also of concern. Dr. Lauby and animal services were recently forced to scrap a plan to equip control officers with crossbows. In addition, attempts to tranquilize the animals have been ineffective, as the dogs often flee into wooded areas before the drugs take effect. 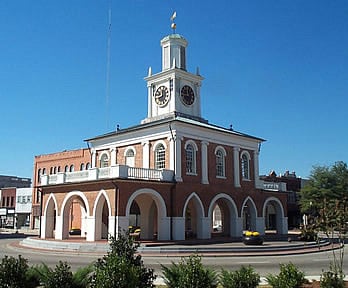 Said Lauby, “The reality is, I don’t have the people to to hunt them right now.” As a result, it appears that Fayetteville authorities have little choice but to foot the bill to bring in pros. Officials also noted that although capturing the dogs is preferable, hunters may need to use lethal force in some cases. In either case, with a near-$30,000 price tag, many in Fayetteville are hoping that the hunters can give a new meaning to the dog days of August.