An organized group of about 100 Venice, Fl, residents went fishing this past weekend.  And as they marched down W. Venice Avenue toward the beach with their fishing poles and tackle boxes, each of them also carried a visible holstered handgun.  The reason?

Well, although one can think of many reasons to bring a gun on a fishing trip, the group brought theirs for two reasons:  The first was to show solidarity amongst responsible gun owners and gun activists in Florida.  The second was to call attention to one of Florida’s, for lack of a better term, “self-defeating” gun laws. 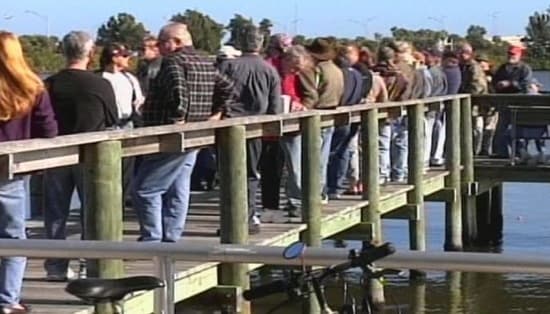 In Florida it is legal for a licensed gun owner to carry a concealed firearm.  It has been this way for 24 years.  However, since 1987 gun owners have been prohibited from openly carrying a firearm – unless, they are going (or returning from) fishing, camping and/or hunting. 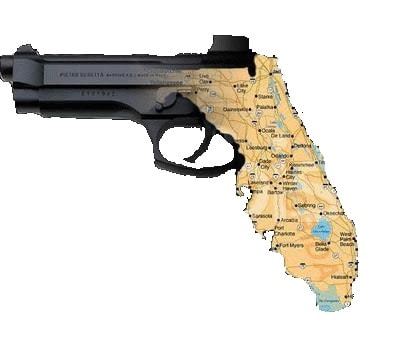 To state the obvious, because of subsection (h) residents of Florida residents can carry openly as long as they claim they are en route to a campsite or fishing spot, etc.  Group organizer Todd Von Bender told the Herald-Tribune, “I can only assume it was written broadly for a reason.  For people who say well, this isn’t the intent of the law, I say, ‘How do you know?  Were you there?”

By exploiting the loophole in the current statute, the group hopes to raise public awareness and to help educate law enforcement about the rights of Florida gun owners.  In fact, Police Chief Tom McNully told the Herald-Tribune he was unfamiliar with the law.  He also said, “The law is written in a way that it’s very vague.  But we don’t want to do anything that would trample people’s rights.” 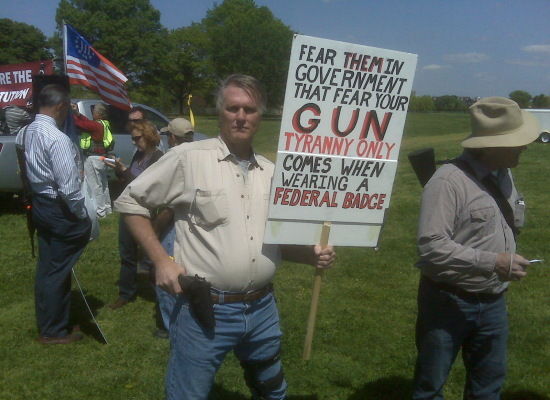 But, as much as they would like reform to overturn the “spotty” ban on open carry – Florida is 1 of 7 states that prohibits open carry- some are wary for fear the pendulum could swing the other way and state legislators could close the loophole.

I don’t think we really want to replace the law with anything else,” said co-organizer of the group, Ethan Traub. “That could stir up an ant’s nest we really don’t want to stir up.”