Back-Pack'n: The Debate over Campus Carry from the Campus

Two weeks before this past semester ended, I sat in my office at the college dutifully grading papers.  I’m a professor.  That’s what I do.  I was halfway through an odious essay comparing Darth Maul to the Islamic demon Iblis, when the relative calm of the afternoon was cut by a muted thump.

I put down the paper and waited a moment.  Thump.  And then again. 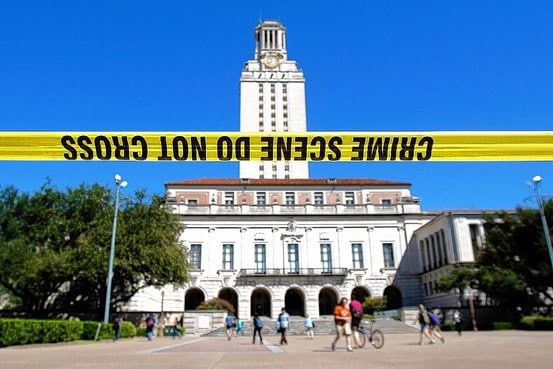 The gunshots were muffled by the walls of my office, but they came from inside the building.

I should have called the campus police.  That’s protocol.  But I teach at a small liberal arts college in rural Virginia.  That can’t happen here.  So I went to see what was up, mentally preparing for a confrontation with someone I knew could be exceptionally dangerous.

Mentally preparing.  I can hear my students snickering now—that’s not much.

Colleges and universities have rightly tightened security.  I’ve seen both the training drills and the positive results of this training. 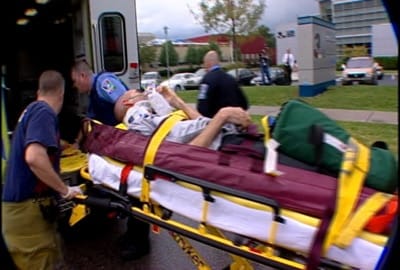 A few years back, I was assaulted by a student (not one of my students) in my office at The University of Nevada.  It wasn’t premeditated; the student simply didn’t like his course placement.  And maybe he had some anger issues.  A colleague called the campus police and the cavalry showed up on dirt bikes—in under two minutes.  They were prepared.

But such incidents aren’t what scare people.  It’s the more random acts of violence that have people talking.  And many of these folks are talking as much about stopping school shootings (treating the cause not the symptom) as they are about self-defense.   Such conversation invites debate about gun rights and the right to carry concealed firearms. 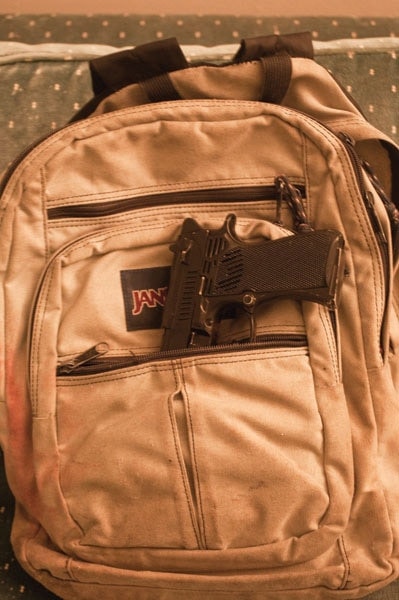 At question is this—who can legally carry a loaded firearm on a college or university campus?

To understand what is possible at any given school, you have to parse out state and local regulations.  No easy task.  But one group is determined to make the task easier: the Students for Concealed Carry on Campus (SCCC), a national organization whose moniker succinctly explains their purpose.  Their aim is simple.  Concealedcampus.com, the group’s virtual manifesto, states that the SCCC “believe that holders of state-issued concealed handgun licenses should be allowed the same measure of personal protection on college campuses that they enjoy virtually everywhere else.”  And they’re successfully lobbying for these rights.

Who are the SCCC?

I’ve been following the efforts of the SCCC for a while, and recently had the opportunity to ask some questions of Jeff Burnett, the Director of Public Relations for the SCCC. 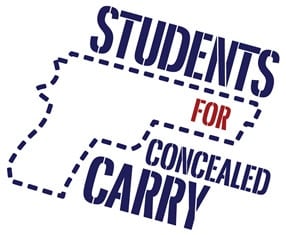 The SCCC’s promotional materials identify the group as “a national, non-partisan, grassroots organization comprising over 42,000 college students, professors, college employees, parents of college students, and concerned citizens.”  But the same could be said for most groups.  As a professor, I’m an advocate of student led organizations.  When I asked Burnett for a more accurate breakdown of the SCCC’s make-up, he said “a significant majority of our membership are students. Our leadership is comprised either of current students, or graduates who were students when they started.” 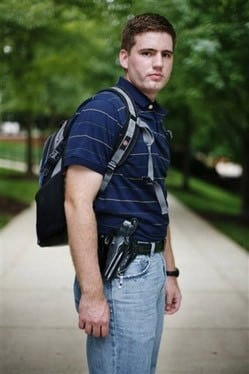 And the non-partisan nature of an often partisan debate?  “We definitely work with other groups like the Second Amendment Foundation and the NRA on mutual goals such as education and advocacy,” Burnett says.  “We don’t believe self-defense is partisan and our members have varying political beliefs, but we all agree on one thing: disarming victims doesn’t prevent crime.”

Of course, not everyone agrees.  The group Students Against Concealed Carry on Campus maintains an active facebook presence.  And Gunfreekids.org casts a wide net in its efforts to prevent gun violence.  Their arguments against concealed carry are as emotionally charged as the SCCC’s arguments for it. 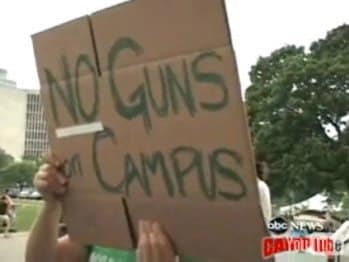 “In a sense,” Burnett says, “SCCC has it very easy. We don’t have to argue about concealed carry itself; most states already allow that. All we do is say look, if you have the permit and can already carry virtually everywhere else in the state by law, why is a college so different to deprive you of that right?”

But colleges do behave differently.   Many seem to operate outside of the rules of their local jurisdictions.  But this element of the debate is much larger than the right to carry. 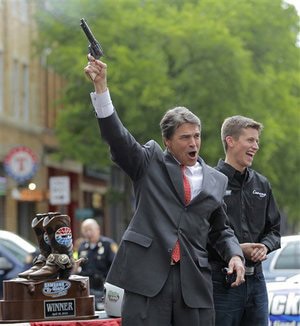 Concealedcampus.com provides examples of college students who have used firearms legally in defensive situations.  The stories are meant to bolster the argument that students are capable of using the right to concealed carry responsibly, but there are not yet any concrete examples of the efficacy of concealed carry on any of the campuses where it is legal.  Still, Burnett says “we do know that concealed carry works everywhere else, including on the 70+ campuses in the US that already allow it!”

So do the efforts of the SCCC work? 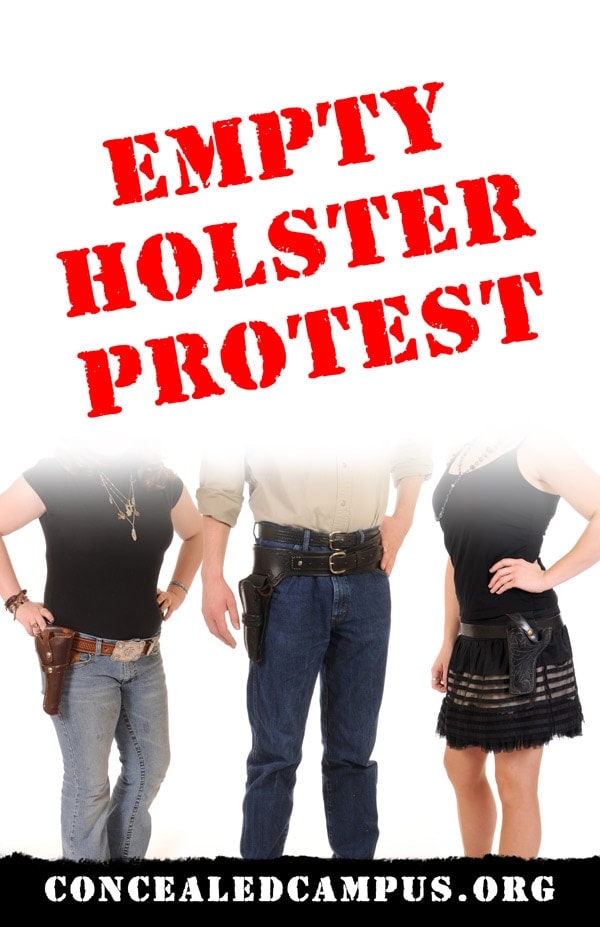 “We’ve definitely had some victories in Oklahoma, Arizona and South Carolina,” Burnett says, “but these issues usually take time and multiple passes to see concrete results. Since we began pushing this issue in 2007, over half the states in the union have considered campus carry legislation….  Obviously a large number of legislatures think this is an important topic, and we’re going to make sure it keeps coming back until it passes.” 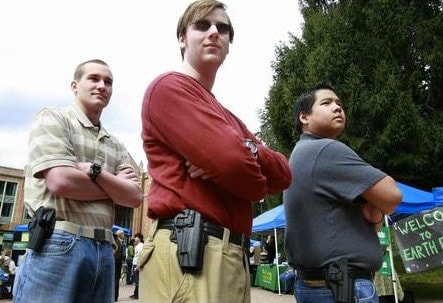 Having just concluded another round of active lobbying, the group will focus on the start of the new school year, fund raising and support.  Keep an eye out for the SCCC’s Empty Holster Protest.  Students across the country wear empty holsters to draw attention to their cause.  A bit ironic, perhaps, but the message is clear.

I’ve taught for thirteen years.  I have had one student assault me in my classroom.  Another confronted me in my office.  Both threatened violence but ultimately backed down.  I once broke up a fight between two graduate students in a poetry workshop.  But in each of these cases, the anger was nothing like the aimless angst of the “typical” school shooter—if there is such a thing.  Their actions were not premeditated.  And I didn’t need a weapon to defend myself.  In fact I didn’t defend myself.

That was my personal decision. 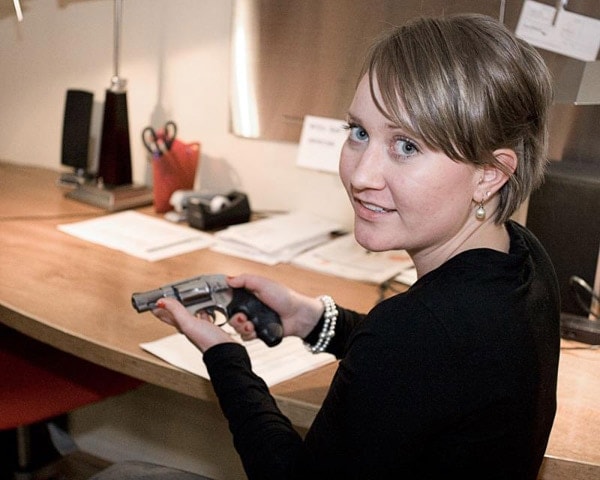 The gunshots I heard in my building were gunshots—sort of.  A crew of construction workers were renovating the stairwell.  They had a power actuated nail gun that used .27 caliber blank cartridges to drive nails into concrete.

By the SCCC’s own definition, my investigative actions classify me as a vigilante.  One of their arguments suggests that citizens who carry concealed handguns use those guns “as a means of getting themselves out of harm’s way, not as an excuse to go chasing after bad guys.”  But that’s what I did, sort of.  Only I was unarmed, a little bit pigheaded and a bit stupid. 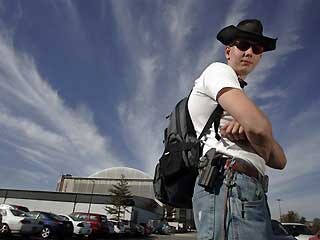 I can’t honestly say that I’m in favor of students bringing guns to class.  But this has more to do with the relative maturity level of my students.  And then it is only the vocal minority that seem to abuse every freedom that they’re allowed.

But I’m a strong proponent of firearms education and training.  I’m all for clear and consistent regulations and laws.  And I’m impressed with the way students are participating in the debate.

Understanding concealed carry law isn’t easy.  The existing legislation and state specific guidelines are well articulated on the SCCC’s  website. And there’s even more available at facebook.com/concealedcampus.  Check out what the Students Against Concealed Carry have to say, and look at the efforts of Gunfreekids.com. Get involved in the conversation.