Christmas in July: Why Collectors Should Consider Classic BB Guns

In the now-classic 1983 movie A Christmas Story, little Ralphie wants nothing more than a Red Ryder BB gun, just one of the reasons collectors might consider acquiring what once was a toy, but can now be a valuable antique.

“The BB gun reminds a lot of us adults of when we were kids,” said Ed Cox of Antiquegunlist.com, based in Nevada. “There is a nostalgia factor. They usually sell pretty quickly, and some of them can be quite valuable.”

Though the setting for A Christmas Story takes place in 1940s Indiana, BB guns go back a long way before that.

“BB guns were being produced in the late 1800s,” Cox noted. “In fact, the Daisy BB Gun Co. has a museum page on the web. They made a reproduction of their first BB gun.”

Antiquegunlist.com is an Internet classified site where gun owners can advertise and sell collectable guns.

“We buy and sell all over the world,” Cox said.

A BB gun is an air gun designed to fire a small bird-shot size pellet that can be spherical or pointed in shape and usually has a smoothbore barrel. The pellets were originally called BB shot, hence the name BB gun. Mass production of the guns by Daisy Co. took off around 1900. 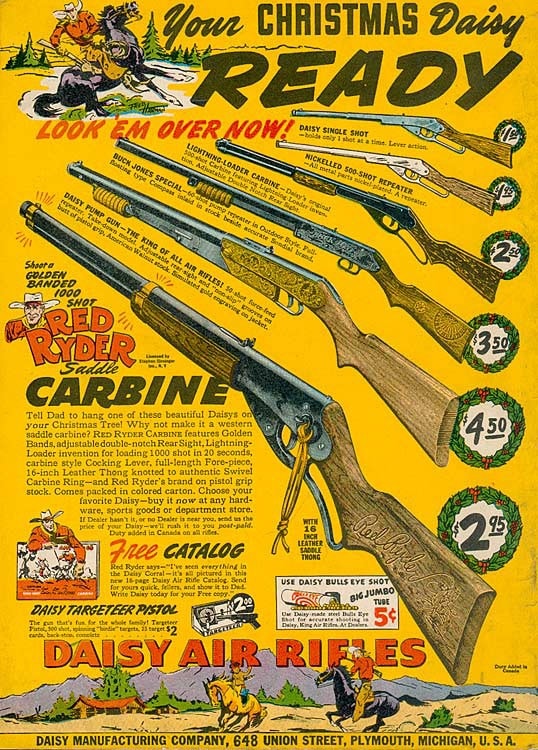 The range on most bb guns (Red Ryder for example) is about 300 feet with a velocity of around 300 fps.  In A Christmas Story, Ralphie is continually warned against getting a Red Ryder BB gun, all of them saying, “You’ll shoot your eye out kid.” 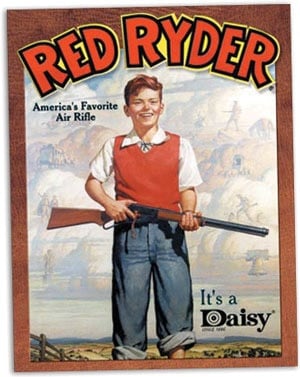 Cox said purchasing a BB gun is an option for a gun collector on a limited budget because they are less expensive on average than real guns, but they go up in value depending on the make, the year of manufacture and the condition.

“I price them pretty reasonable and they’re not real expensive, so they sell quick,” he said. “A collectible BB gun will usually sell anywhere from $30 on up to $200. They are within most people’s price range.”

“They had one as a kid,” he said. “Collectors should also consider toy pop guns and pellet guns because they are very collectible. It depends on the rarity. An early 1905 BB gun would sell for around $500.” 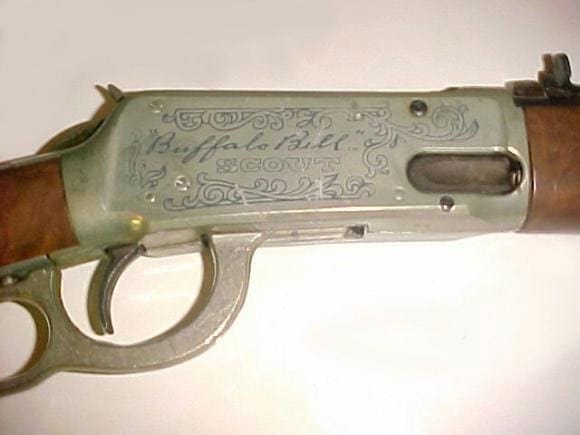 Perhaps the most famous BB gun in history, helped by the fame derived from A Christmas Story, is the Red Ryder BB gun of 1948, the gun lusted after by little Ralphie. The gun was named for a comic strip character who later became a hero in western serial movies.

“That gun was reproduced for its 50th and 70th anniversaries,” Cox said. “The original Red Ryder had brass on it.” 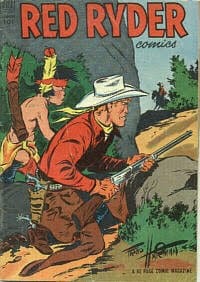 As in all antique collecting, Cox said condition is A-Number-One in importance.