Introducing the Breast Gun: Thwarting Second Base Attempts Since 1917

“Madonna’s got nothing on this one!” Naw, that won’t do.

“Check out the guns on that dude!” Hmmm, too easy.

“Dude, grab your beer – you gotta meet this girl!” Not so fast. Those may well have been the last words of some poor fella a century ago. 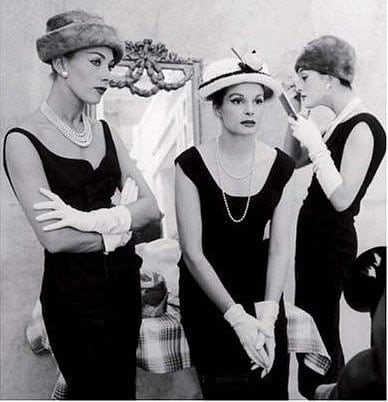 Anyone trying to get fresh with their femmes had better think twice, at least those whose advances took place in early twentieth-century France. This odd gadget, reportedly unearthed in Bordeaux in 1917, allowed the user to flip the script on any overzealous gropers, or at least that’s what we at Guns.com prefer to imagine. After all, what else might this strange get-up be used for?

The bizarre breastplate features 19 pistols capable of folding inward for a “concealed carry” look. But on-comers beware; with a few tedious pulls and pushes of various buttons and levers (hey, it was 1917 – nothing was easy to operate) the “shooter” could drop the pistols into firing position.

The pistols were then fired by a hammer attached to a hook-and-chain mechanism. And as if the 19 gun salute wasn’t enough, the breastplate also included two stirrups fitted with pistols. Apparently, the user could fire these pistols by pulling on specially fitted straps. 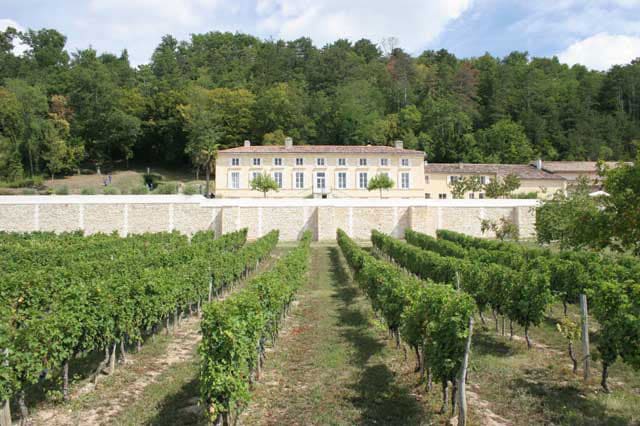 The origin of the device, if it indeed comes from Bordeaux, seems a cruel irony. Could the region known for its delicious wine and beautiful landscapes really give rise to such a cruel design? And those barrels are no joke. Although it’s unclear what caliber these pistols fired (12mm and .45 have both been suggested), it’s safe to say that the punishment almost certainly wouldn’t have fit the crime. 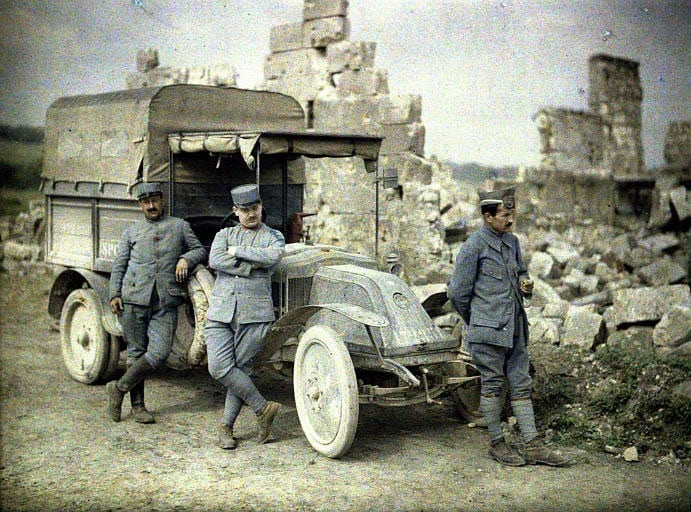 At least one clever soul has noted that the French military might have done well to wear it pointing backwards, since their battle tactics usually included fleeing at the end of a confrontation. 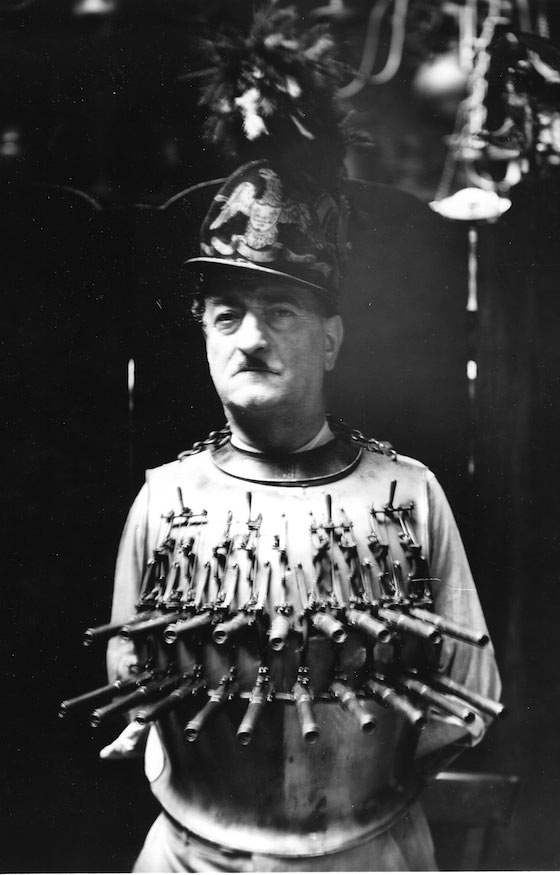 Although this writer has a soft spot for the French, and would never assert such a thing, there’s no arguing that the most terrifying part of this photo is not the gun breastplate, but rather that saucy French temptress wearing it. Reportedly, a few pairs of beer goggles were found in the same trunk as the breastplate gun. Caption contest, anyone?