You ever have one of those days at the range when you think, “Are these all the targets I’ll ever practice with?  Will there ever be a time when I can have fun shooting, er, training with something more realistic?”  And not one of those gun sims which we’ll happily admit, are pretty cool, they’re just not something you set up on the weekend. 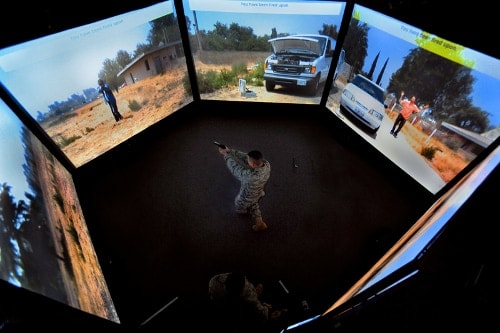 Enter Challenge Target’s Extreme Hostage Target.  It’s a non-mechanical target on a vaned pendulum that jukes back and forth behind the target with a little wind.  Because it doesn’t use springs or motors the motion is much more organic; it uses the randomness of the breeze to do its thing.

This is so much better than static hostage targets, obviously, and it even carries on the tradition of mustachioed criminals (which more than a few of us at Guns.com have had to deal with as we believe in mustachedom and are tired of being stereotyped as hostage-takers) but it still has an edge over targets like Texas stars, whose motion is predictable as you knock off the plates. 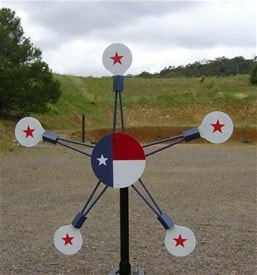 Now it isn’t cheap at $400. Sorry, $399, but admit it: you kinda want to take a few shots at one, don’t you.  There’s something about the randomness that really digs into the reptile part of our brains that makes it so attractive.  This is the sort of target that every practical shooting club should consider pitching in on. 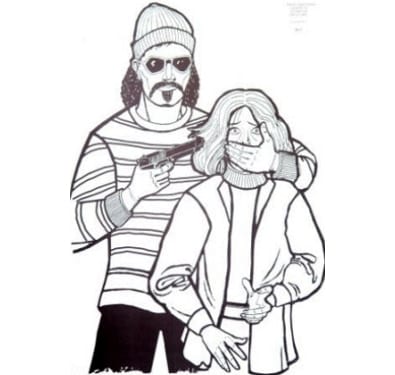 Of course, now that the idea’s out there, it’s only a matter of time before someone makes one on his or her own.  But this one appears to have some practicalities that make it a solid option: first, the targets are replaceable.  If you knock one together on your own with fiber-board, some pipe, and a brick, you’re going to spend some serious time on the saw making new targets. 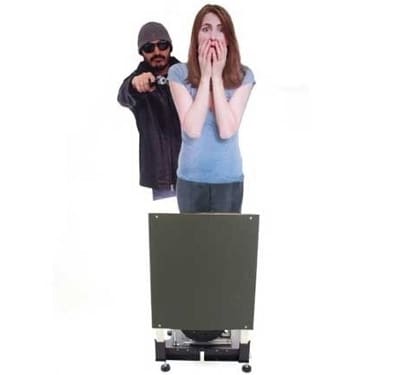 Plus, it’s got such pretty targets; we’re not talking about the gratuitous use of swarthy men and terrified women, we mean the quality of the targets.  Finally, the whole thing’s made using powder-coated and zinc-plated 12- and 7-gauge stainless steel which implies a level of durability that’s just tops.

Oh yeah, and cops should probably get some to practice with, too.  Man, cops get all the cool stuff…