Canton Ohio is one of those places people may or may not have heard of, just one of tens of thousands of cities in America that don’t draw attention to themselves.  That changed dramatically a few days back when police officer Daniel Harless threatened to beat and shoot to death concealed-carry permit holder William Bartlett, while his partner officer Mark Diels watched and did not intervene.

“Right now, the shit you just pulled, I should just blast you right in the mouth… I’m so close to caving in your god damn head… You fuck with me… You’re just a stupid human being!” he said, all the while being recorded by his dashcam.

“You want me to pull mine and stick it to your head?

“I tell you what I should’ve done, as soon as I saw your gun, I should have taken two steps back, pulled my Glock .40, and just put 10 bullets in your ass and let you drop. And I wouldn’t have lost any sleep.” 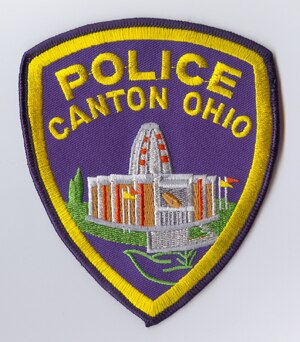 Fallout has been slow to hit although Harless has been relieved of all duties pending a municipal hearing.  A few days later, Police Chief Dean McKimm said, “I think it’s important for citizens to understand that the behavior demonstrated on the video is wholly unacceptable, and it violates many of our rules, our regulations and standards we demand of our officers.

“The city administration, in conjunction with the police department, recognizes the seriousness of this matter.”

Public outcry from all around the United States, the world, was palpable, with reactions ranging from “Give that man a desk job,” to “He needs to be put out to pasture,” to “Hope you like prison.”  (And worse, what do you expect.)  But with the investigation still on-going, we’ll have to wait longer to see if justice here will prevail.

One of our concerns was less that this happened once, but that it could be an indicator of tolerance towards police misconduct in Canton.  Unfortunately, Canton City Council president, Allen Schulman, in a radio interview, defended Harless and attacked his (and now their) critics:

Not only does he make the claim that only the Cantonese can understand the nuance of Harless’ actions and Diels inaction, he goes on to state that legal ownership of firearms will only lead to more killings, the killing of police officers, killings at their hands.

“This is a symptom of the arming, the literal arming of our population with handguns, and the flooding of handguns into our communities.  These laws that allow our citizens to carry guns… in the worst neighborhoods, where there is high crime… that’s not acceptable in our society.

“As long as these laws permit people to carry weapons in the worst of circumstances, in the worst situations, there are deaths waiting to happen.  Either police officers, or citizens, who think that by arming themselves, they’re somehow safe.” 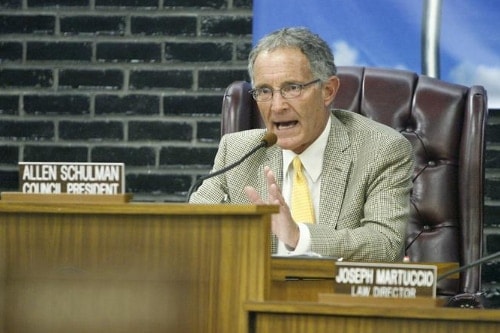 (‘Cause you can’t run from the police…)

Canton had, still has the opportunity to lay open their police department and clean it up, if it needs it, and to pursue appropriate consequences for Harless and Diels publicly.  But to say people don’t understand because they’re not from Canton is arrogant, you don’t even have to speak English to understand what was going on in that video, and it’s ignorant: Ohio’s concealed carry laws reciprocate with 29 other states; what goes on in Canton is important to everyone.

All this puts Canton back in the negative spotlight for tacitly endorsing police misconduct instead of in the positive spotlight of dealing with it quickly and justly.

Threatening concealed-carry holders with even more police injustice?  We’re (not really) speechless.  If you would like to know more or help out, check out the Ohioans for Concealed Carry website.  Right now they’re calling for Schulman’s resignation, along with Harless:

“Over the past several days, the behavior of Harless has been roundly condemned by civil rights leaders, attorneys, law enforcement officers and administrators, law professors, news commentators, and ordinary citizens across the country; Schulman, too, has frequently been named. We are dismayed that City of Canton leaders have not responded to this crisis with the urgency it demands, and that organizations like ours have to call for decisions to be made.”