Gun Cameras: All Fun and Games until Someone Gets Shot in the Face

Cameras have been getting guns stuck in them, what with spies being mad crafty like that, well, since the beginning of guns and cameras.  A good example is this CIA classic Pentax with a modified Stinger pistol housed in the lens. 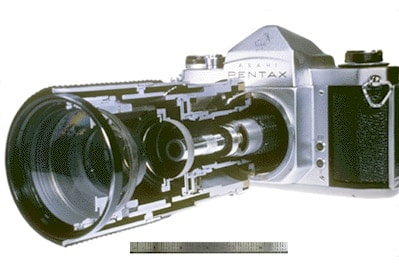 Oh, and you know the CIA has newer ones with magazines and bigger bullets now.  They’re just still secret.  But the practicalities of shooting ergonomics remain the same whether your shooting photos or bullets; the basic rifle shape is natural to aim and stabilize. 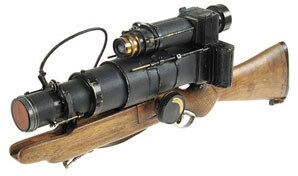 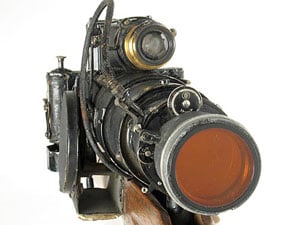 Like that camera up at the top… It’s a French antique, from about the turn of the 20th century.  But it’s not just about being able to shoot comfortably, there was a time when they were the best way to train warplane fighters.

That is a Japanese camera gun, the 35mm WWII, Type 89 “Rokuoh-Sha” Machine Gun Camera.  “The camera would be mounted inside or outside the plane. When inside it is manned by the gunner, and outside it would be controlled remotely by cables…  The Type 89 camera was said to be used to train gunners on the famed Zero fighter plane, the pilots would do in-air target practice with the camera recording accuracy.”

The idea was swiped from the British, who used cameras to train pilots in WWI. “The camera gun itself is a very interesting piece of equipment. In form and weight it is modeled after the original Lewis Gun. The box contains the film and a glass reticule that has a ‘target’ imprinted on it. When the trainee ‘fires’ the gun at a target plane the reticule’s grid is imprinted on the film with the photo of the targeted plane. The target plane appears in the developed photo, hopefully within the imprint of the reticule’s target.” 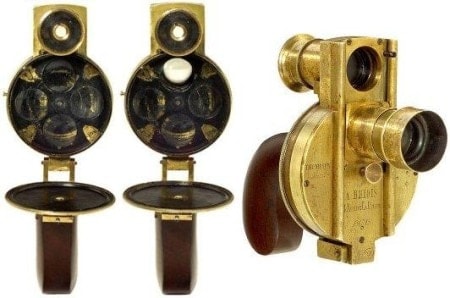 Rifles and machineguns aren’t the only firearms to shoot film.  Before strip film cemented its hold on the camera industry, rotary disk film was quite popular.  Not unlike revolvers.  That one above is a Thompson four-shot camera, and this one below is a more modern E. Enjalbert ten-shot revolver, which is exceptionally convincing as a firearm, too.  You gotta love the sights. 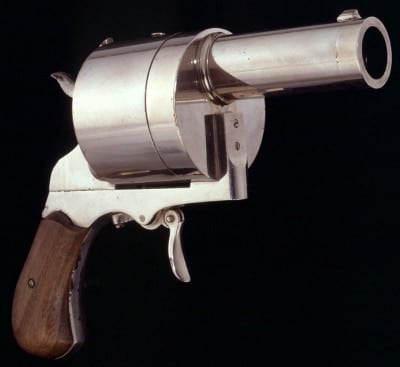 Of course, a few people are still working on modern gun cameras, like this one: the Tactical Camera Long Range Assault Stock, aka TCLRAS.  Well that’s what it should be, it’s actual acronym is TALCS. 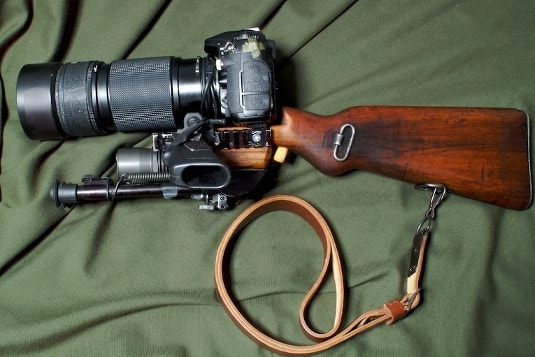 Looking for something eminently concealable?  Check out Franziska Dierschke’s mousegun of a camera: 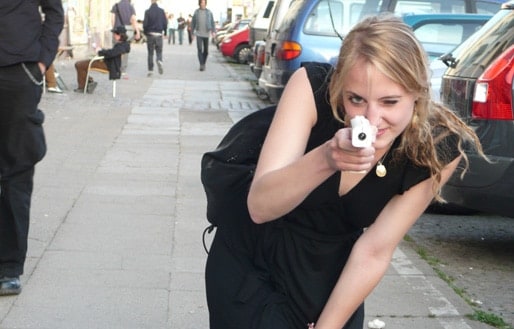