From the U.K. comes a shiny new way to protect troops from IEDs.  As you probably know, Afghanistan is lousy with explosives and they cost live like nuts.  To give you an idea, 158 of the 283 battlefield U.S. casualties have been caused by IEDs. 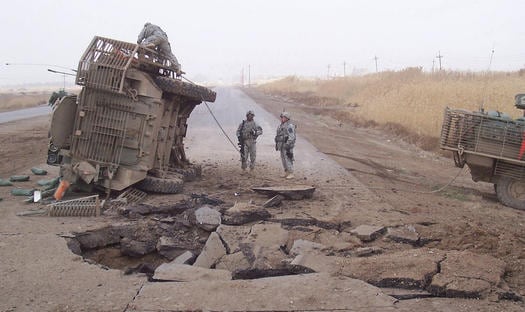 They’re popular because they’re effective and cheap, and will probably always be a part of the manual of arms for war from here on out.

They’re a particular nuisance in Afghanistan because the terrain calls for soldiers to spend so much more time on foot, giving their asses a shitload more exposure to bombs.  Well no so much any more, thanks to the Combat Codpiece.  It also covers butts. 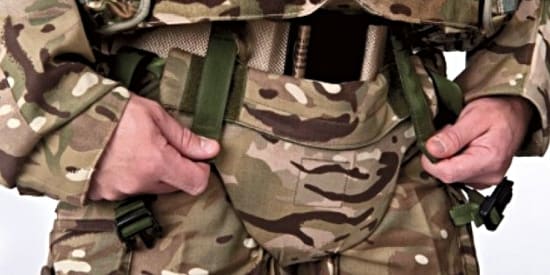 Its real name is the Ballistic Groin Protector and it provides level II protection from sand, gravel, and shrapnel to an area that’s highly valued for its, er, arterial concentration.  Lotta arteries down there.  Veins, too.

Sure, it’s not a robot dog that sniffs out IEDs and returns them to their masters, that Lockheed’s still getting the kinks out of, but it’s a welcome piece of kit nonetheless.  It’s already seeing combat duty by some soldiers, both from the U.K. and the U.S., who have stated “It’s hot but better than getting your dick blown off.” Even female soldiers have said, “Why yes, I do value my groin and will armor it.” The Ballistic Groin Protector is composed of three parts, a pair of ballistic cloth underpants made from silk and Kevlar, and two interlocking armor plates that can be snapped apart in the middle in case you gotta air out your junk.  The tough panties cost $60/pair, and the outer hull about $200, and the army plans to buy 190,000 and 45,000 of each, respectively. 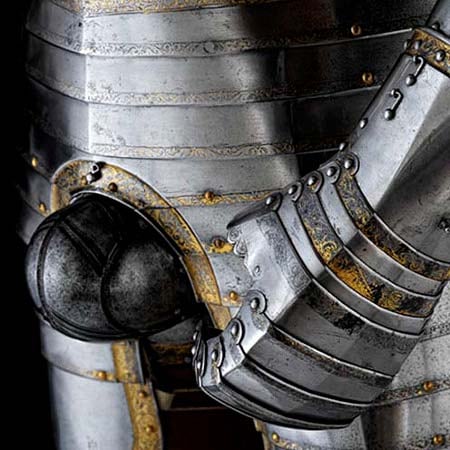 And of course it’s English; although France once was a big player in the codpiece arms race, their desire to send troops into the breach isn’t great these days, and that leaves England to advance the codpiece into the 21st century.  For reference, this is Henry the VIII’s codpiece.  It’s, ah, hard to miss.