Detonics, leaders in sexy, futuristic 1911s, has staked its reputation on being one of the finest custom, military-grade 1911 manufacturers on this continent.  They’re slow to produce because of the painstaking precision their fireams production takes.  They make no bones about charging two grand for their high-end pistols, like the Nemisis, because of their quality. 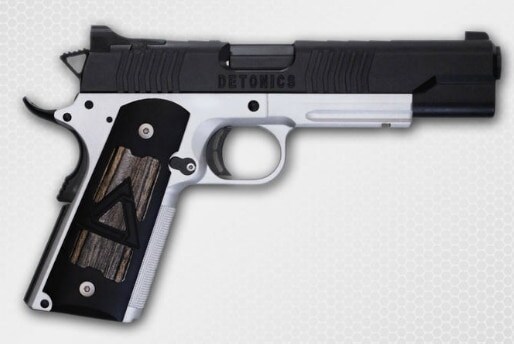 Supposedly, anyway, since nobody has ever laid hands on any of their sweet-looking pistols.  They’ve been around for almost forty years but their production slowed to a crawl sometime a couple of decades ago, despite glowing coverage of all their firearms.  Their first was the combat master, a compact 1911, and starting last year they began hinting at new, 21st century-class designs. 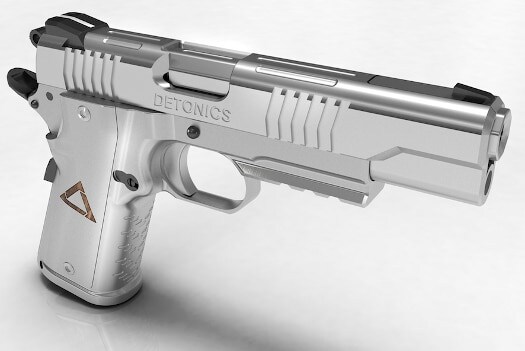 Their pistols were originally due to hit the market again last spring, but something must have cocked up the works because they’re just not out there.  Shame, because they’re absolutely fantastic. 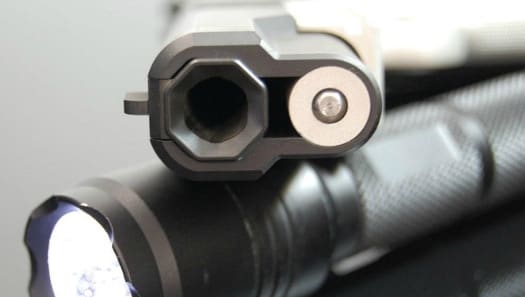 We’re totally in love with that barrel-mounted front sight and world-class style; they make rails look good.  Their latest sneek peek comes to use from Bob’s Gun Counter, an unnamed double-stack with what looks like a modular clear-anodized aluminum frame: 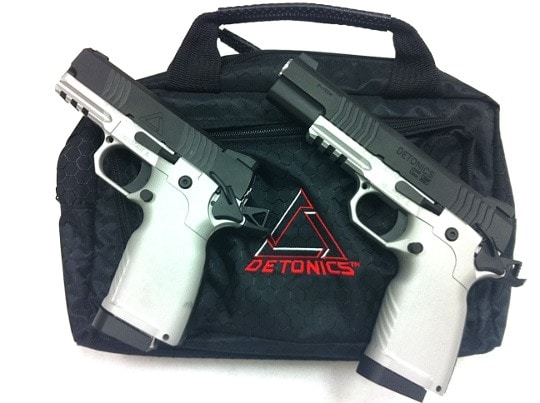 You can just see at the top where there is a hex nut that locks the grip and mainspring housing into place.  Clearly, this is a double-stack .45, available in compact and full-size models, but we wonder if they don’t have a trick up their sleeve with single-stack grips as an option.  That would make grown men jump up and down and scream. 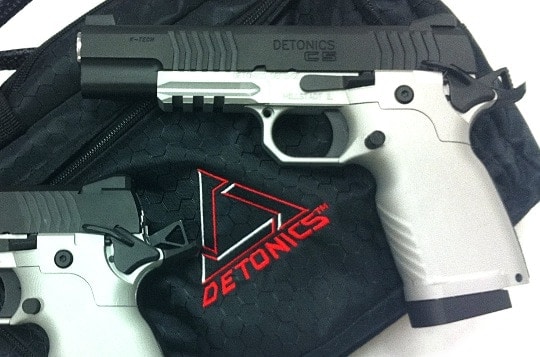 Detonics, we hope you make your entry this year, the Year of the 1911, because we want you inside our holsters.  Real bad.