For gun collectors, here’s an insider tip, and remember you heard it here on Guns.com.

Consider collecting surplus army flare guns. Why? What would you say if I told you stocks of these guns are plentiful and they sell cheap, but the supplies in the future will be choked off? You’d probably understand that if you have a collectible gun and the supplies diminish, the value of your gun goes up. 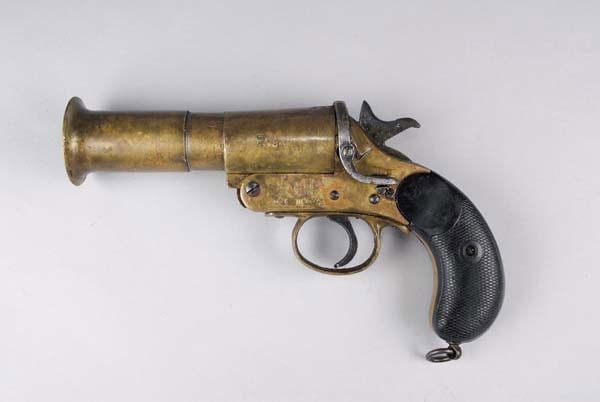 “Flare guns are definitely collectible,” said Tom Smith, director of sales with Keepshooting.com and its related BTP Arms Store in Waldorf, Maryland. The company is an importer and retailer of military surplus guns and gun parts.

“Flare guns are real popular in Europe and are catching on in the U.S.,” Smith noted. “Most of the available guns are of European make, German, Polish and Russian, and they are a unique collectible. A lot of them have been imported here, so there is an opportunity.” 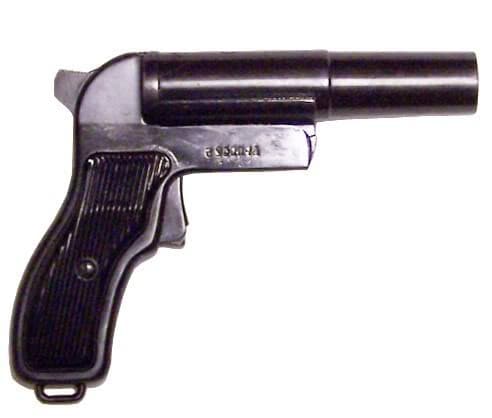 World War II-era flare guns and those made in the 1950s generally are made of heavy gage steel with wooden grips.

“To a collector, a flare gun represents a true military piece of equipment that is well-made and the old ones take you back,” Smith said. “They feel and look historical.” 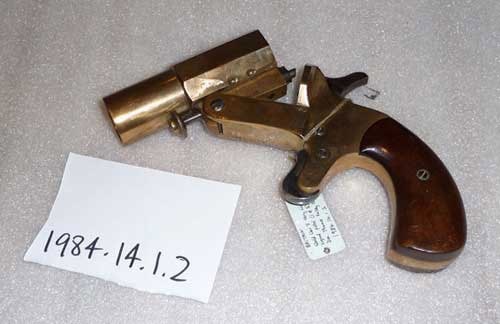 Named after Edward Wilson Verey (and sometimes called a “Verey,”), this American naval officer developed the first single-shot snub-nosed pistol that fired flares in 1877, to be used for signaling distress at sea or to signal aircraft from the ground. They fire a projectile holding chemical nitrates mixed with charcoal, sulfur or magnesium, designed to briefly produce intense light.

They are not designed to function as a weapon. However, my own father as an 82nd Airborne Division paratrooper on D-Day in World War II took a flare gun because he’d lost his rifle in a jump and fired it at a German sniper hiding in a hay bale. The flare set the hay bale on fire and the German, coughing heavily, was last seen running away over a hill. 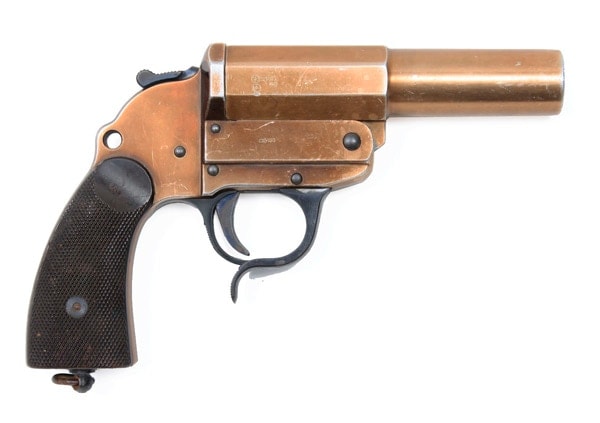 Other German flare guns of World War II include the Walther, made by the famed German company that produced the PPK pistol. 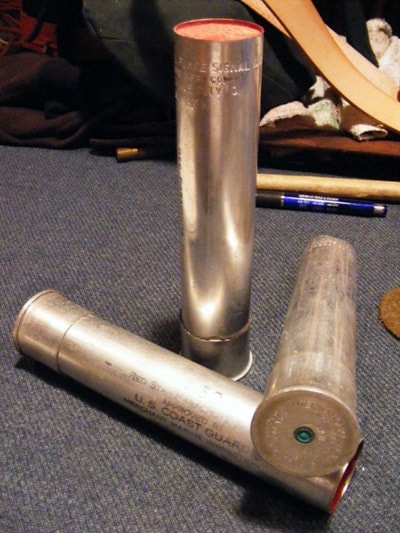 Some flare guns fire a projectile to produce smoke, while others fire a flare that drops by parachute, or one that fires what is called a “star burst” flare. Most of them are designed to light up a landscape at night and turn it into day.

Smith said U.S.-made World War II flare guns are not available in large numbers because they were mainly supplied only to pilots and were not commonly used on the battlefield as the European makes. Therefore, they are much rarer. 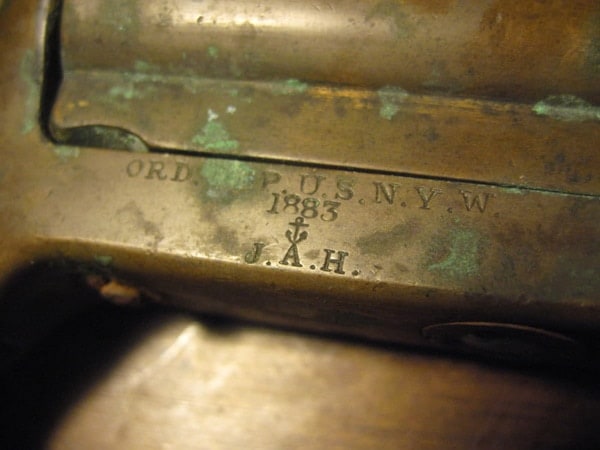 Smith said ammunition (flares) for flare guns are available and can be fired unless it is over water and might be misinterpreted as a distress call.

“You can fire them in a field and there are no federal laws against it,” Smith said. 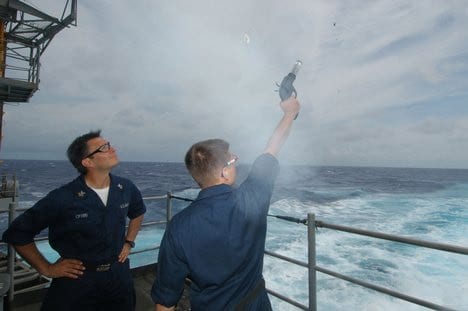 Smith said collectors looking for a bargain should consider collecting flare guns made in as many different countries as they can and for a good reason.

“The laws have changed in Europe,” he said. “They will not be selling surplus flare guns anymore, but will be destroying them instead.”

That means the values can only go up.

“Get them while you can,” Smith added.