It’s been a strange year for weather, and as is often the case, wildfires have played a prominent role in what have become increasingly volatile weather patterns over recent years. 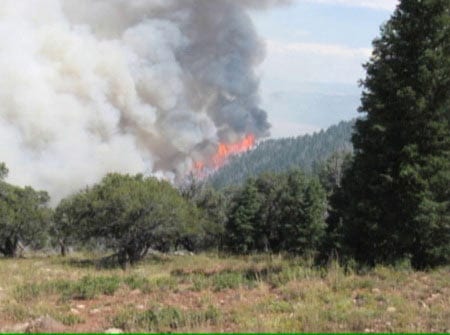 But what is perhaps even stranger than the unpredictable weather is the hypothesis that target shooters may be to blame for a number of recent fires. According to fire investigator Jason Curry of the Utah Division of Forestry, Fire and State Lands, up to eight recent wildfires may have been started by target shooters. Among those fires, says Curry, are three of the four largest in northern Utah.

According to Curry, who spoke to the Desert News, “Shooting into a rocky area surrounded by light vegetation that’s all dried out, it’s just a recipe for wildfire.” Curry went on to assert his belief that low-grade ammunition may be to blame, stating, “When they strike a rock they cause a spark…and that spark in turn can cause a fire.” 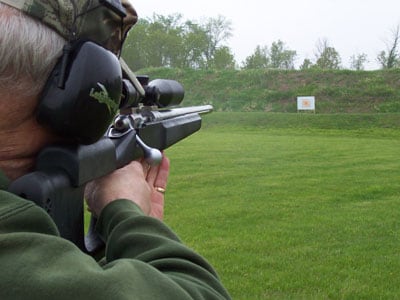 Others remain unconvinced by Curry’s theory. While speaking with the Desert News, Clark Aposhian of the Utah Shooting Sports Council stated his skepticism, asserting, “I have easily fired millions of rounds, and I have yet to start a fire…It’s highly unlikely.” Aposhian went on to surmise that a more reasonable explanation might be that target shooters are leaving smoldering cigarettes behind, are using illegal forms of ammunition such as tracers, or are inadvertently starting fires with their vehicles. Interestingly, Aposhian’s own suspicions do not seem to rule out target shooters in general, but rather the notion that fires were triggered by ammunition sparks.

Said Aposhian of Curry’s hypothesis, “Certainly there is no pattern of this [ammunition spark] happening.” 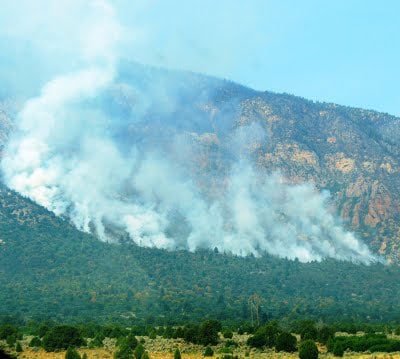 But Curry suspects that the fires were started in a much less benign manner, citing as possible causes exploding targets – which might include containers filled with flammable liquids that become volatile and explosive when mixed.

As evidence, Curry points to bits of steel bullets that he gathered with the use of a magnet at the origin of a recent 14-acre wildfire in the Farmington foothills.

Julie Smith of Saratoga Springs told the Desert News that she too believes the fires may have been started by target shooters, saying, “You see them shooting and then you see the smoke come up…so it is very obvious.” It’s a topic that quite literally hits close to home or Smith; a July 11 wildfire destroyed a number of barns and haystacks near her residence. 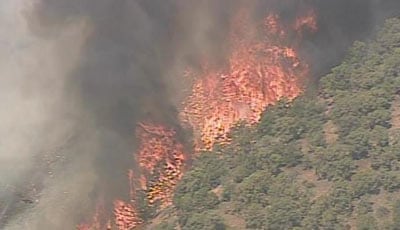 If what he says is true, it likely points to a classic unfortunate case of a few unscrupulous target shooters making a bad name for the majority.