Kaleb Eulls tackles people. As a matter of fact, he plays defensive tackle for the Mississippi State University where he’s compensated for his skills in the form of a university scholarship. Down the line, Eulls hopes to be compensated with an NFL contract, although he asserts that he’s working on a back-up plan – a degree in finance. 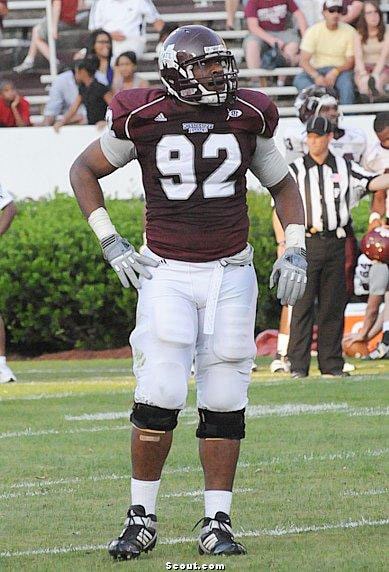 And although the 6-foot-4, 275 pound Eulls goes blow-for-blow with some of college football’s biggest fellas, he may well note that his most important tackle was exacted over neither a shifty running back nor an agile QB. Rather, it took place during his high school years when Eulls, then a prep football standout, blindsided a gun-waving girl on a high school bus.

Although the emotion of that bizarre day has slowly faded into the backdrop, the notoriety that came with Eulls’s heroic deed is still evident.

“I get people who thank me and said what a great job I did; some want to know what happened,” said Eulls in an interview with CNN. “I’m the same person I always was, but people recognize me more.” 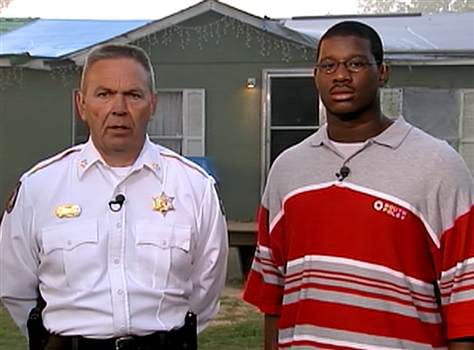 And for good reason. The incident began as Eulls, then a high school senior at Yazoo County High, nodded off on a bus full of 22 students age 5 to 18 bound for Linwood Elementary, Yazoo County Junior High, and Yazoo County High schools. Eulls was abruptly awoken by his sister, who informed him: “Kaleb, the girl has a gun.”

Eulls remembers waking to a volatile scene in which a young girl was pacing back and forth along the bus isle, shouting and brandishing a .380 caliber semi-automatic pistol, all while promising to shoot students she claimed had teased her.

The bus driver then attempted to calm the 14-year-old girl, but was unsuccessful. As she continued an inaudible tirade, Eulls intervened. In his own words, Eulls told CNN, “At that point I just knew something had to be done or the situation could have been worse.”

Eulls recalls, “I just tried to get her to focus directly on me, just point the gun at me, so I would know she’s not pointing it at anyone else besides me…And in a split second, I guess she just looked off the bus or flinched or blinked, and I knew that would be my only chance, and I just went at her.”

At that point, Eulls did what he did (and still does) best; he tackled the girl to the ground and subdued her.

Recounts Eulls, “After I got the gun loose, I told my bus driver that I had it, and I ran out the back of the bus with it and disarmed it.”

In the aftermath, Eulls was hailed as a hero, and respectfully made the rounds on talk shows nationwide, always recounting his role in a humble manner. 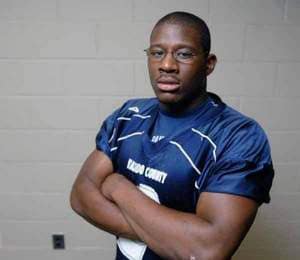 Yazoo County Sheriff Thomas Vaughan observed of the incident, “Things could’ve got real ugly, and there would’ve been a lot of grieving families in Yazoo County right now…I’m just extremely glad this young man took the bull by the horns and stopped a potentially deadly situation.”

It’s the same tenacity, humility, and level-headedness with which Eulls has approached his college football career.

Said Vaughan, “He’s one of the most humble 18-year-olds you will ever see. He’s a great kid, and if he maintains his mind-set as he has it now, he’ll go a long ways.” 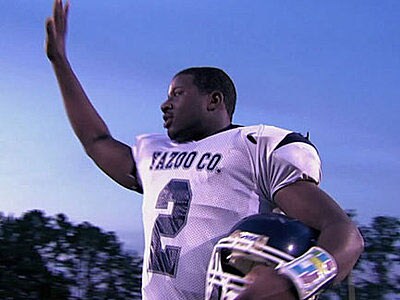 In any case it’s safe to say, whether or not Kaleb Eulls one day dons an NFL jersey to pursue a career chasing QBs and running backs, the young man will have difficulty topping one heroic tackle in particular…one that likely saved lives.