And not just guns, but knives, a machete, and this year, even a lead pipe.

OK, let’s take a step back: the convention.  Fiction fans, whether they be TV, science, comic book, or game, gather together at regular intervals to socialize, to meet other fans and share in their mutual interests.  And also, to draw each others’ blood over who was cooler, Han or Indy. 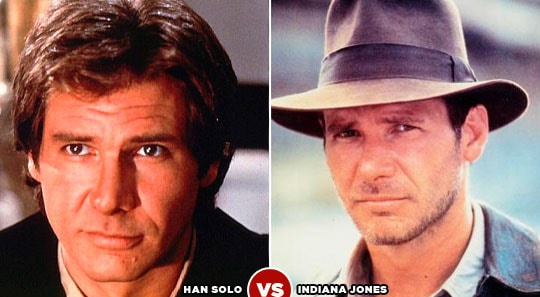 But the Japanese fashion of cosplay has added an element of danger to the whole shebang, with people upping the ante every year to make their costumes realer than real. 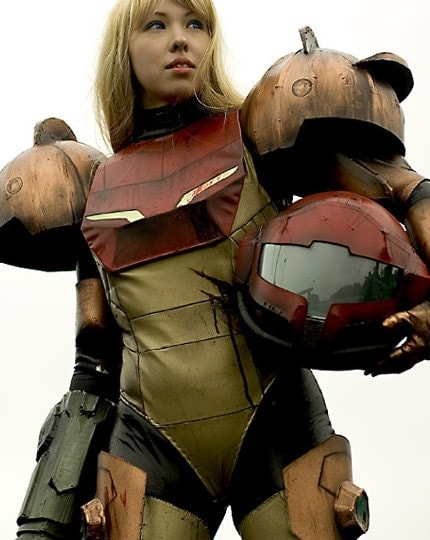 Right, cosplay: it’s dressing up as a character you like from [insert thing with characters here] and means at a comic book convention, there will be a Best Joker contest, at least one pair of Wonder Twins sneaking off to make out, and a damn convincing Batman and Robin despite the fact that the Batman is a chick. 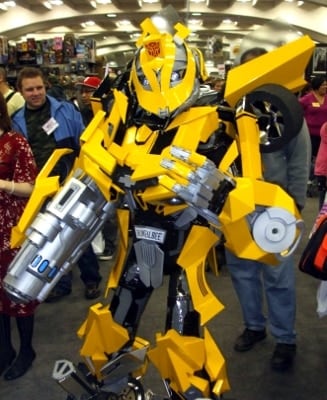 The characters brought to the table get pretty esoteric and costume quality varies from “OK, well at least you tried,” to “Gordon Freeman, is that really you?”  And that means weapons—an AR-15 here—at the San Diego International Comic-Con. Unfortunately, for “liability” reasons, that means locking up certain guests’ accessories until the show’s over.  We put liability in scare quotes because in actuality it’s more of an inevitability; all it takes is for one person to say it isn’t possible for the Flash to be faster than Superman and it’s all over but the crying.

And on the one hand, we wonder if this is sorta not cool on the Yes You Can Still Open-Carry in California front, there’s probably something on the back of the Comic-Con ticket that says they can give you the heave for whatever reason they please.  And also, if the cosplayers all off each other, we won’t have more of these awesome photos.