Along with narco-tanks involved in the ongoing Mexican drug war, there are other improvised vehicles befitting small armies enlisted to traffic drugs around the world. Although the narco-sub isn’t new, the size and quality of this most recent craft is, well if it wasn’t involved with one of the bloodiest operations since the commission of the East India Company, we’d say it was impressive. 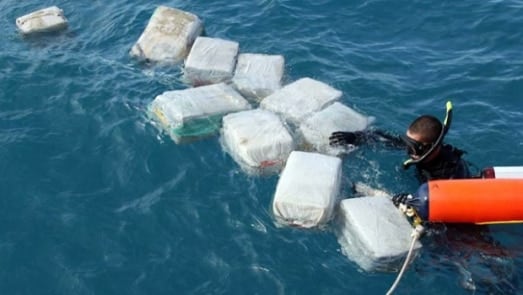 This latest SPSS, or self-propelled semi-submersibles, was spotted by the U.S. Coast Guard off the coast of Honduras on July 13th by an observing C-130. Realizing that they had been spotted, the crew submerged the boat and then scuttled it. 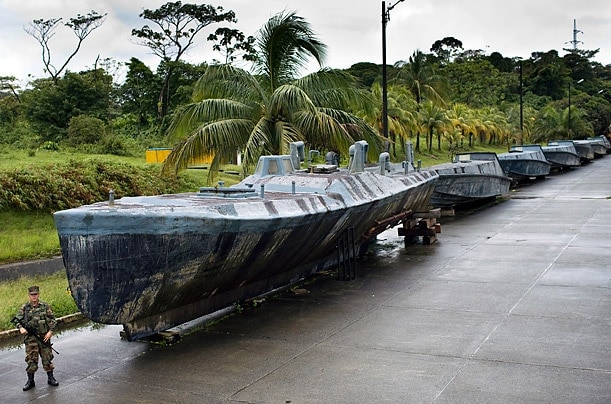 It took a while, but a joint effort by the Coast Guard, the Honduran navy, and eventually the FBI scanning the Caribbean floor with sonar, found the craft loaded with as much as 7.5 tons of cocaine with a street value of approximately $180 million. It’s estimated that a third of all coke gets moved by submarine. 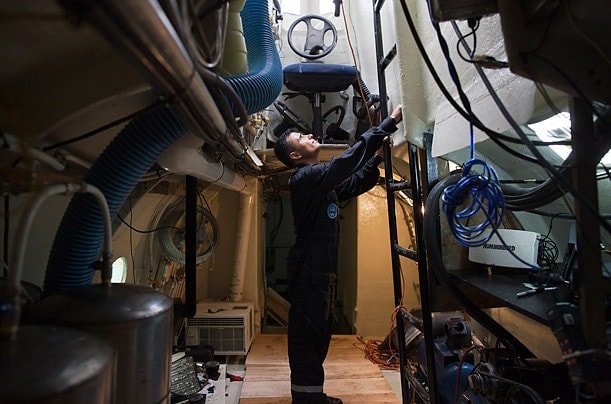 The first reports that the craft carried 6.6 tons got kicked up a kick after the FBI divers did their part. 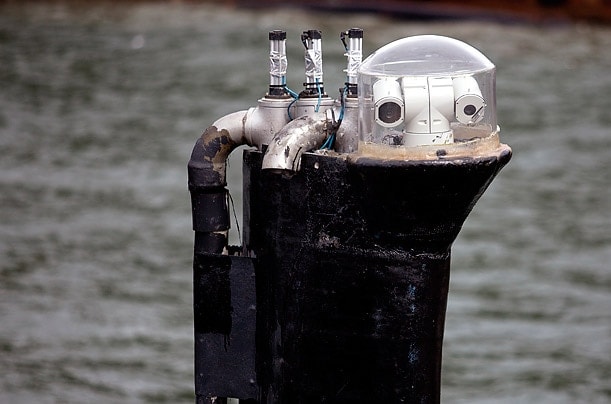 Your average SPSS starts out as a regular, sea-faring ship, and as such have a range of as far as 5,000 miles. The decks are welded over and usually painted blue to match the color of the sea. They have valves cut through the hulls of the craft that can be opened to flood and sink the boats quickly, and use GPS to navigate all over the world. 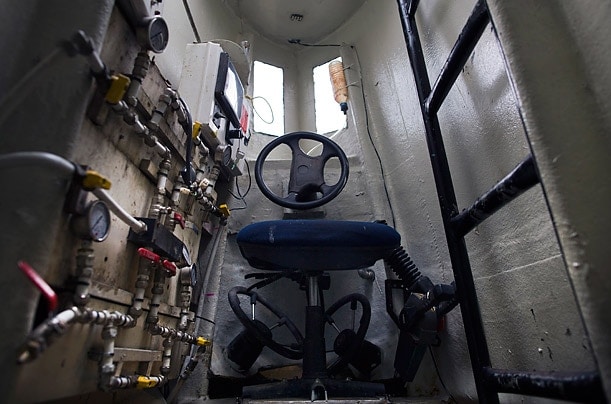 And the quick of it is that it costs about a million bucks to buy and convert a single boat. That’s… that’s a pretty significant return on investment.

The vessel’s origin and destination aren’t known, either, although it was probably made in Columbia by the paramilitary organizations that run the coke production. The five submariners, some Colombian, some Honduran, are awaiting federal detention hearings in Tampa.