Yesterday morning, around 9 a.m., three teenagers participating in a summer program at Virginia Tech told police they saw a suspicious looking man briskly walking about the campus carrying what might have been a firearm concealed under a cloth.

This report immediately kicked off a huge manhunt around campus grounds.  Police exhaustively searched the 150 buildings on the square-mile campus, as VT’s own emergency procedures kicked in, which included the lockdown of classrooms and the dissemination of relevant information via VT’s emergency alert program (mass text messages and emails) to the 6,500 employees and thousands of students who were on campus attending summer classes. 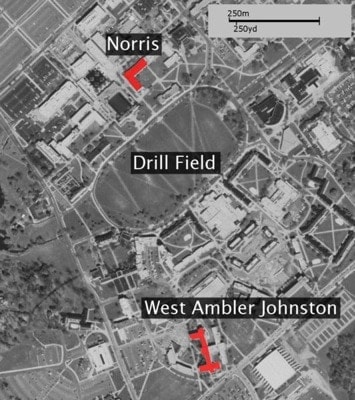 After hours of scouring the campus, the VT Police along with the four other police departments assisting in the search did not find the alleged, 6-ft tall, brown haired, Caucasian gunman who was reported wearing a blue-and-white stripped shirt, gray shorts and brown sandals.  At approximately 3 p.m. authorities gave the “all-clear” signal.

University officials later released this statement “There will continue to be a large police presence on campus today. Police have not received nor discovered additional information about a person possibly carrying a weapon beyond that reported this morning The university community may resume normal campus activity.” 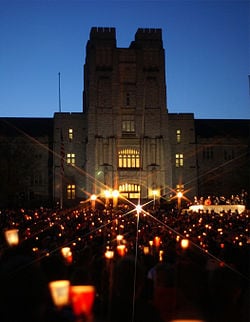 In the backdrop of this high-alert situation is the looming presence of the 2007 massacre where Seung-Hui Cho, a VT student, walked onto campus with his .22-caliber Walther P22 semi-automatic handgun and 9 mm semi-automatic Glock 19 and murdered 32 people and wounded 25 others before taking his own life. 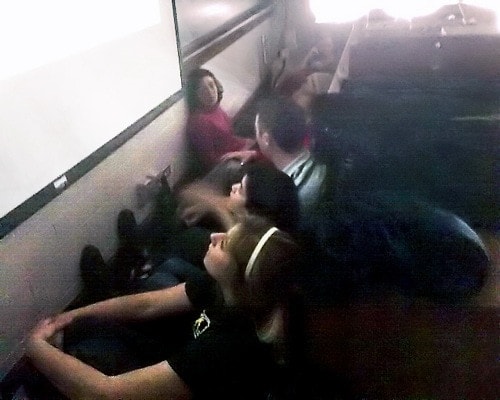 Larry Hinker, a Virginia Tech spokesman said with respect to the heavy-handed safety response, “We’re in a new era. Obviously this campus experienced something pretty terrible four years ago. Regardless of what your intuition and your experience as a public safety officer tells you, you are really forced to issue an alert.”

He also told reporters, “This is simply the world we live in today; people expect and want to know exactly what’s happening. You need to communicate first and investigate later and that’s what we did.”

“Virginia Tech — ever since 4/16 — we’ve been so paranoid. We hear about everything that goes on campus, which is good, but sometimes people freak out when it’s a false alarm,” she Rachel Larson, a Virginia Tech student who lives off-campus.